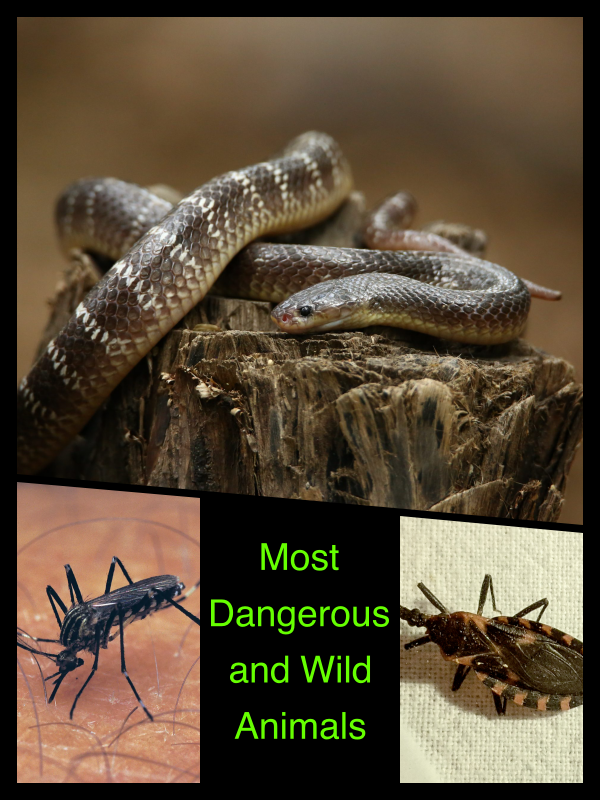 Animals are all around us. Because of their close proximity, many people take for granted how truly dangerous some of the animals that are right within our communities really are. In this post, we’ll discuss the most dangerous and wild animals ranked by the number of deaths that they are responsible for with some adjustments made for aggression, percentage of fatal attacks, and other similar factors. These are the 10 deadliest animals in the world. While sharks are commonly portrayed in movies and television shows as deadly killers, the reality is much different. Worldwide, sharks account for only several hundred attacks on humans, and they only average six to seven human deaths per year. In the United States, sharks cause about one death every two years. The species responsible for the highest percentages of fatal attacks are the great white shark, the bull shark, and the tiger shark. 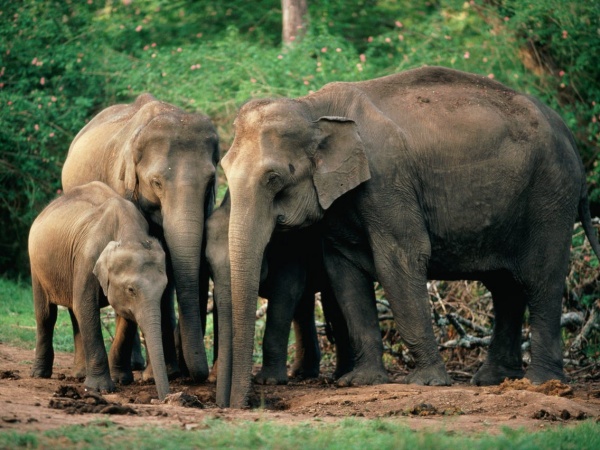 We normally think of elephants as smart, friendly creatures, and they have been a staple of circus performances for years. The reason they perform so well is because of their intelligence and their complex emotions and social structures, but their status as the largest land animal means that they have an immense amount of weight and the associated power that comes along with it. Elephants in captivity are capable of anger and retaliation, and those in the wild can be territorial and protective of their family members. An average of 500 people per year is killed during encounters with elephants by being trampled, thrown, crushed, and other similarly unpleasant means. 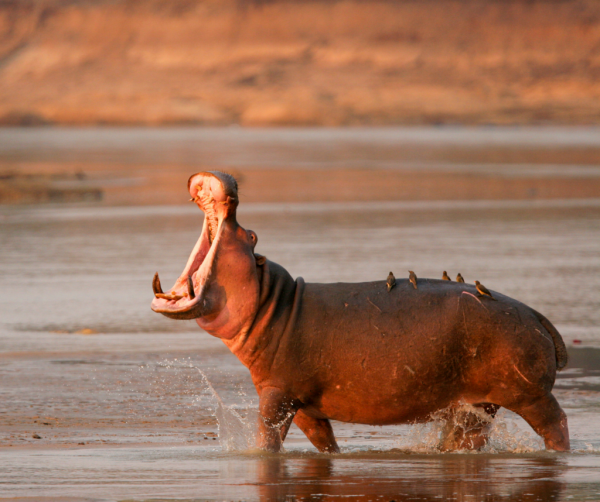 The hippopotamus ranks third in size amongst the largest land mammals behind the elephant and the rhinoceros, and are responsible for about 500 fatal human encounters each year However, they have a reputation for violence, aggression, and their extremely territorial nature. Hippos have even been known to attack boats for encroaching upon their habitat, and they can use their sharp teeth that grow up to 20 inches long very effectively. They attack by biting, trampling, and will hold their adversary underwater until they drown. 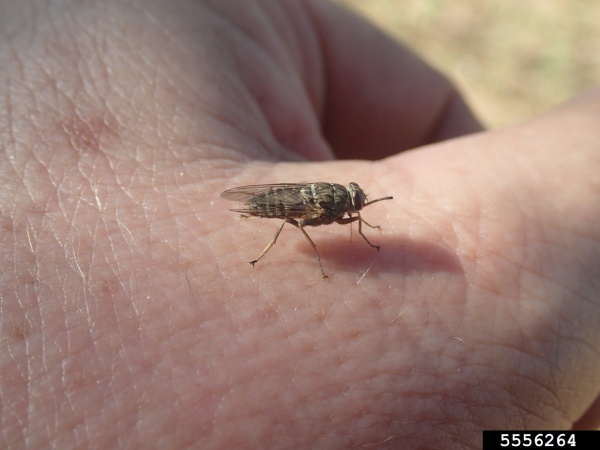 The tsetse fly resides in the tropical regions of Africa, and their bite infects the host with a parasite that causes African sleeping sickness. African sleeping sickness is a very difficult disease to treat especially given the lack of medical resources in the area, but without treatment, the disease is fatal without exception. Due to the remoteness of the region and lack of verified information, mortality estimates range as high as 500,000 but more reliable sources indicate that around 10,000 people die each year after being bitten by the tsetse fly. 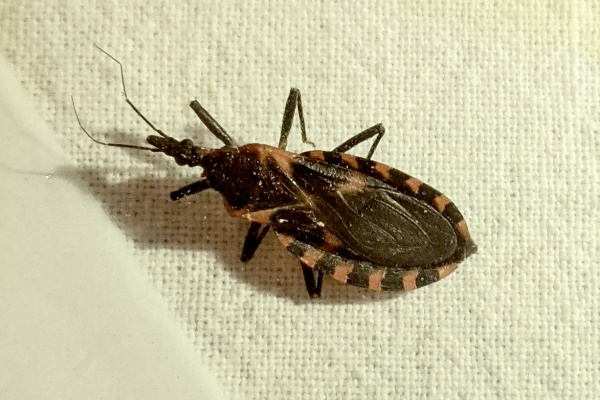 Assassin bug is the collective name used to refer to over 150 species of insects that possess a specific type of curved proboscis. This proboscis is used as a tool, for defense, and also to hunt, and the propensity of these species to target the soft tissue regions around the mouths of humans is what earned them their more commonly known name of kissing bug. However, several species that inhabit Central and South America transmit a dangerous disease called Chagas disease. Even without treatment, mortality rates are low from Chagas disease, but the widespread nature of the parasitic infection means that even the five percent death rate causes between 12,000-15,000 deaths per year from organ failure resulting from the parasitic infection. 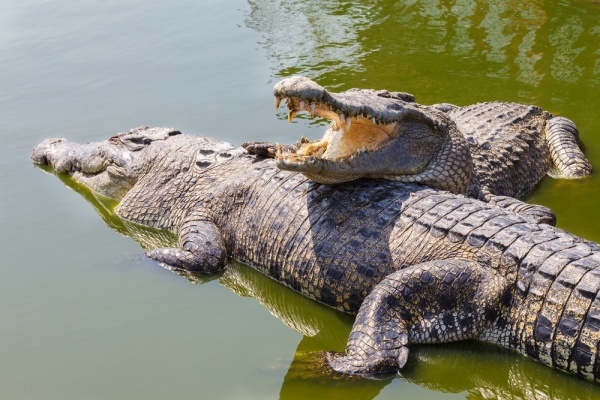 The crocodile is responsible for 1,000-5,000 deaths annually, and is one of the largest, aggressive, most dangerous and wild animals in the world. Weighing in at over 2,000 pounds, crocodiles possess immense bite strength and can travel at speeds up to 25 mph. The deadliest species is the Nile crocodile which lives in the regions surrounding the Nile river, and they were so feared by ancient Egyptians that they carried tokens of their crocodile god for protection from the reptiles. 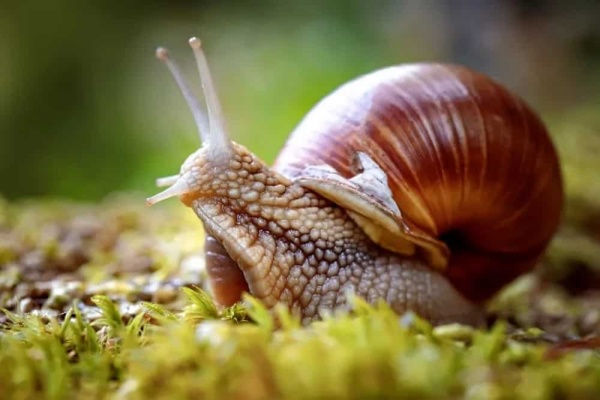 It is not the snail that directly kills humans but the disease that they transmit. According to World Health Organization estimates, several million people are diagnosed with a parasitic infection called schistosomiasis annually and somewhere between 20,000 and 200,000 of those cases are fatal. 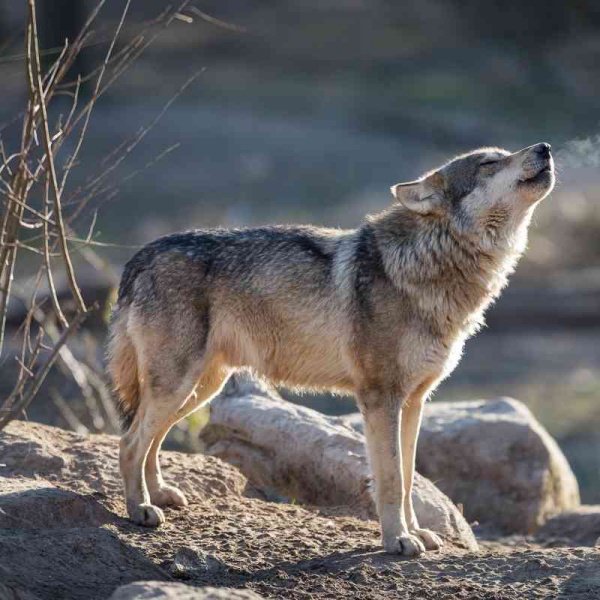 Man’s best friend is also one of our deadliest threats. Directly fatal dog and wolf encounters are exceedingly rare in comparison to the number of deaths resulting from canine transmitted rabies infections. 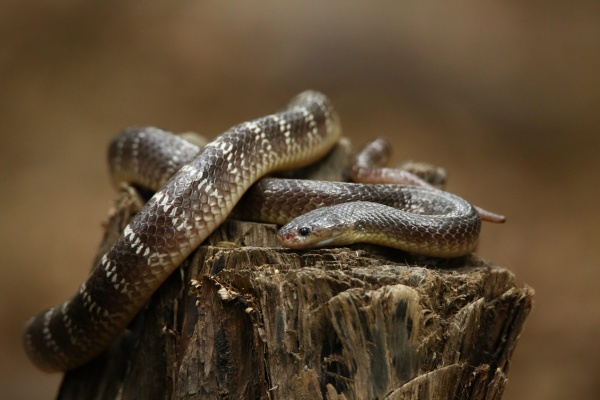 Snakes account for over 100,000 fatalities annually based on conservative estimates. While many people fear large snakes like boa constrictors and anacondas, the snake responsible for the most deaths is actually the saw-scaled viper which only measures up to three feet long! Also called the carpet viper, this snake resides in Africa, the Middle East, and India, and the females of the species are more than twice as venomous as the males. Aside from the high death rate, the carpet viper’s venom is a neurotoxin that causes an extremely high number of amputations in those victims that it doesn’t kill outright. The mosquito is the single deadliest animal in the world and also one of the smallest. Mosquitoes are estimated to cause between 750,000 and one million human deaths per year. They are a vector for many diseases that are deadly to mankind including malaria, dengue fever, and the West Nile and Zika viruses. Malaria alone accounts for over half a million fatal infections annually. Only the female mosquito feeds on humans with the male feeding on nectar. Some scientists have estimated that potentially half of all human deaths since the beginning of our species may be the result of illnesses transmitted by mosquitoes.