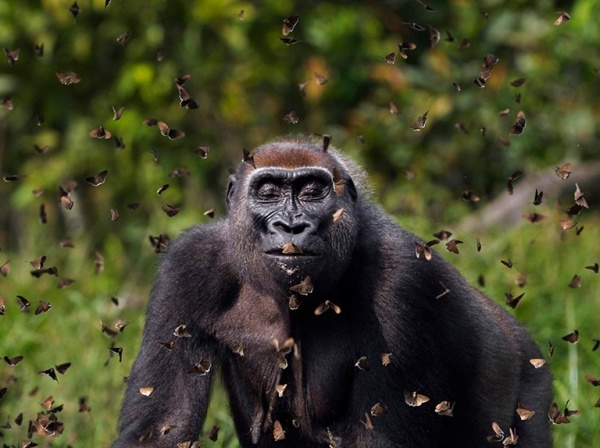 Gorillas are among the most fascinating animals that live in the forested wilderness of Africa. As an endangered species that is so close to humans as far as genetics are concerned, gorillas are also one of tourism’s must-see attractions. In this post, we will be discussing some interesting facts that we hope are fun to learn. And when you do see gorillas, we hope you will be looking out for these facts and habits and well as many more.

Facts About Gorillas You Can Tell Your Kids

It is well known that gorillas are big. In fact, gorillas are the biggest primates. Averagely, an adult mountain gorilla stands at 4 to 6 feet (1.2 to 1.8 metres) in height. This is as tall as Arnold Schwarzenegger. Silverbacks will be bigger than this average estimate.

Their arms are longer than their legs. This is why they usually walk on all fours. They walk on the knuckles of their hands – which is appropriately called knuckle-walking. Gorillas can also walk with only their legs but knuckle-walking gives them more balance to climb trees and steep hills.

Their longer and thicker body hair helps them stay in cold high altitude places. Living in tropical climates which are wet much of the year, gorillas are able to stay warm due to the hair covering their bodies. This is even more vital for the mountain gorillas that stay in high altitude places of around 2,320 meters above sea level. 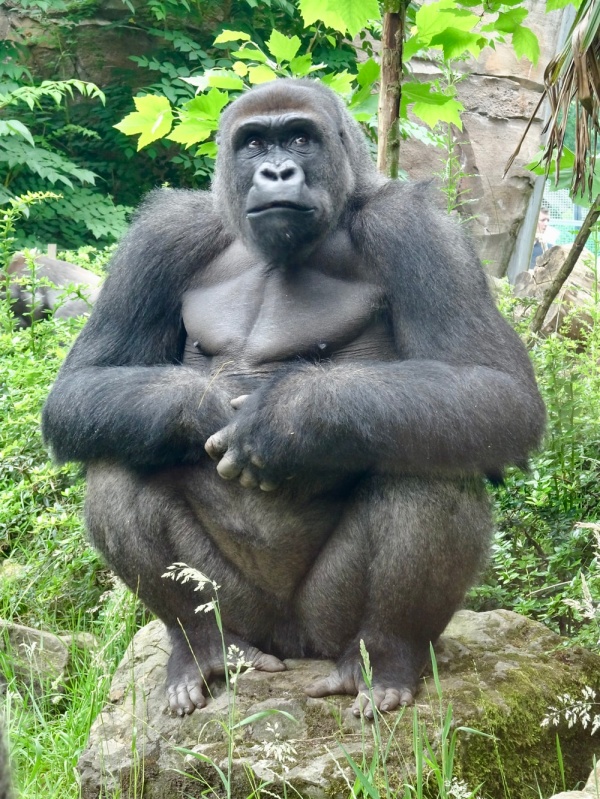 4. Grey hair on the back

A mature male’s hair turns grey; starting with the back- hence the name silverback. After a young male gorilla (black back) matures, the hair on its back starts to turn grey/silver. This is around the age of 10 to12 years.

Their eyes are dark brown, framed by a dark ring around the iris. Gorillas are said to have a singular eye colour of dark brown, unlike humans who have many eye colours. Some domestic animals also have more than one eyes colour, but this is rare in wild animals.

They have unique fingerprints, like humans. Given how closely related we are; this shouldn’t come as a shocking revelation. With the many technologies that are utilizing fingerprint reading, this couldn’t be more puzzling and worthwhile. Gorillas also have a unique nose pattern that is specific to each gorilla. Since you won’t see their fingers much closer, the nose pattern is what you can use to distinguish between two similar looking individuals. 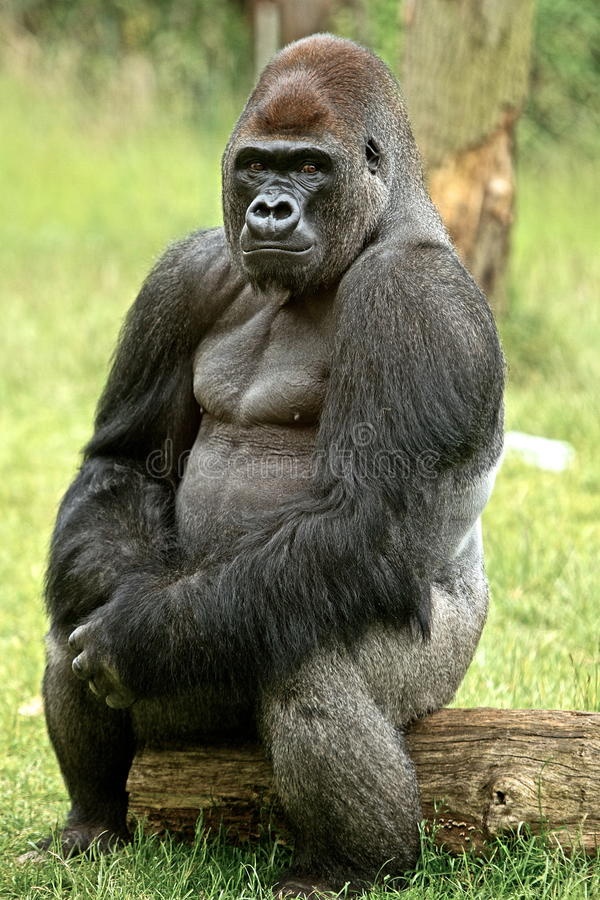 The biggest gorillas (Eastern lowland) can weigh up to 250 Kg (550 pounds). With the average human weight ranging from 65 Kilograms to 70 Kilograms, the Eastern lowland gorillas weigh more than 3 people put together.

Gorillas live for 35 to 40 years in the wild. Humans are now able to live much longer, gorillas are still living as long as we were living before modern medicine and mechanization of work. Like humans, gorillas mostly die of disease, accidents and natural causes.

Gorillas are nomadic and build their sleeping nests every day from branches and grass. Gorillas don’t stay in one place for prolonged periods of time. They are always on the move for food every morning. At the end of the day, they build sleeping nests with either tree branches or leaves where they sleep and move on the next day abandoning the nests altogether. Gorillas will occasionally built their sleeping nests up in the trees especially in bamboo.

An adult gorilla eats about 25 kilograms (40 pounds) of vegetation (10% of its body weight). Averagely, a human eats 4 pounds every day, meaning that a single grown gorilla eats as much as ten people in a day. This means that 5 gorillas will eat 73000 pounds (about 33 tons) of food in one year. Male gorillas are cast out of the family once they are old enough to mate (10 years). This is because the silverback has exclusive rights to all the female gorillas. The male then goes off to find its own female or females to start a family of its own.

Gorillas are primates – just like monkeys and us (humans). While it is like to confuse classify them with monkeys, the main distinguishing difference is the absence of a tail. They are also great apes, like humans and chimpanzees because of their intelligence and have developed brains.

After chimps and bonobos, gorillas are the next animal to humans in terms of their genetic makeup. They can laugh, express sadness as well as other emotions. Humans and gorillas share 98.4% of our DNA – a separation of just 1.6%. Given that they can use tools, learn language, express emotions as well as get used and friendly to a person, they are indeed our close cousins.

Gorillas can learn a language, use basic tools and even make some tools. With enough guided human interaction, gorillas (both in the wild and in zoos) have shown improved language skills in both sign language and spoken language. Gorillas can learn up to 2000 words 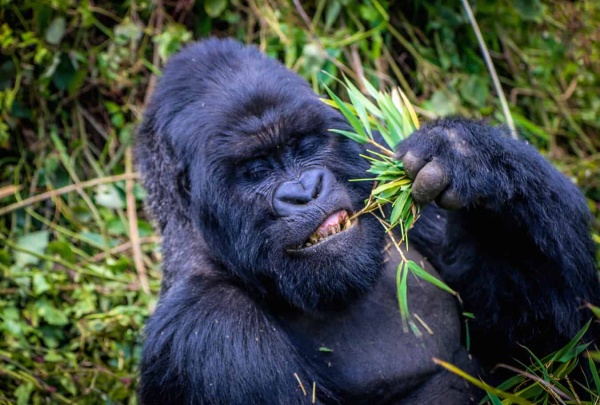 Gorillas can catch human diseases. Gorillas will catch and suffer from most human illnesses. This is why coughing or sneezing is prohibited during a gorilla trekking trip. If it can’t be avoided while in the forest, one is usually asked to cover up and face away from the gorillas. If you have any communicable disease, you will not be allowed to go into the forest to see gorillas. This is the same reason (among other reasons) why children younger than 15 aren’t allowed to track gorillas.

16. How many Gorillas left

According to the latest gorilla census from 2019, the total number of gorillas in the wild is estimated to be just above 1000. Since this report many new births have been reported by the various authorities in charge in all the 3 countries of Rwanda, Uganda and DRC. With a few deaths reported, we know that the numbers are still rising. This is the good news, the great result of conservation efforts by multiple stakeholders.