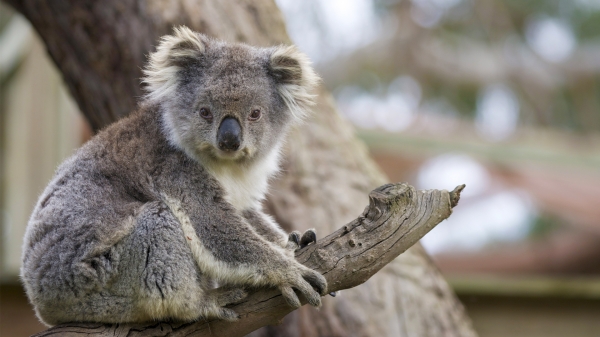 Do you love koalas and don’t want to see them extinct or threatened further by local people or tourists? Friends! It’s important to note here – ‘Koalas’ do not actually bear as many people believe. They are more closely related to kangaroos and wombats and considered as marsupial mammals. This means that their young are born immature and they develop further in the safety of a pouch.

Undoubtedly, we can say that they’re cute and they look cuddly, but that’s not the only reason that they are extra interesting. In fact, koalas are among one of Australia’s most famous animals and they can even make the coldest hearts melt in a moment. Today, in this post we’ve rounded up a few interesting facts about koala bears that you must know. Take a look – 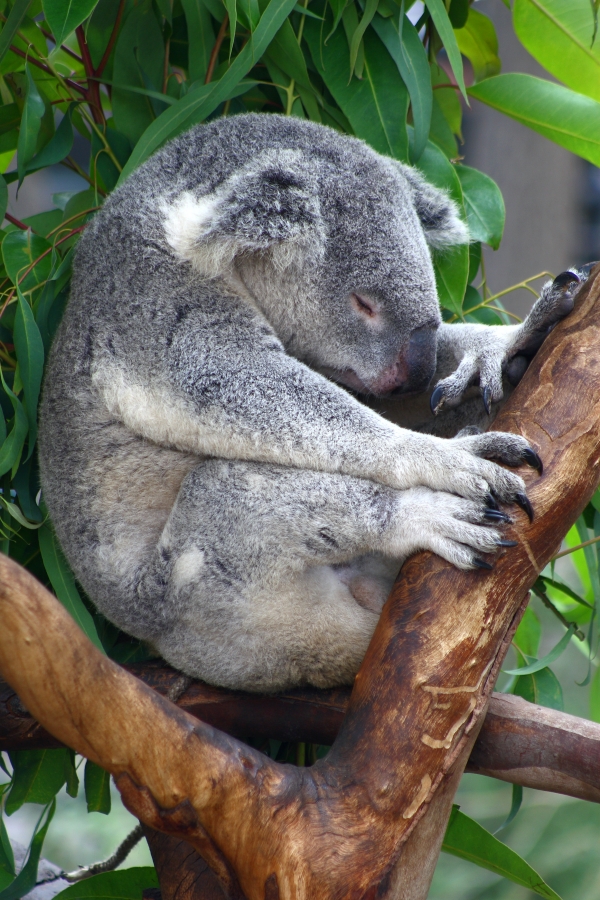 Image Source
Koalas are known a
s big eaters and they have an unusually large cecum – to help them digest their diet of eucalyptus leaves. They are quite fussy animals and will select the most nutritious leaves from the tree to eat. Plus, they have tiny brains because brain require a lot of energy and their diet don’t give much to them. This means, they can only stay awake for 4-6 hours a day. 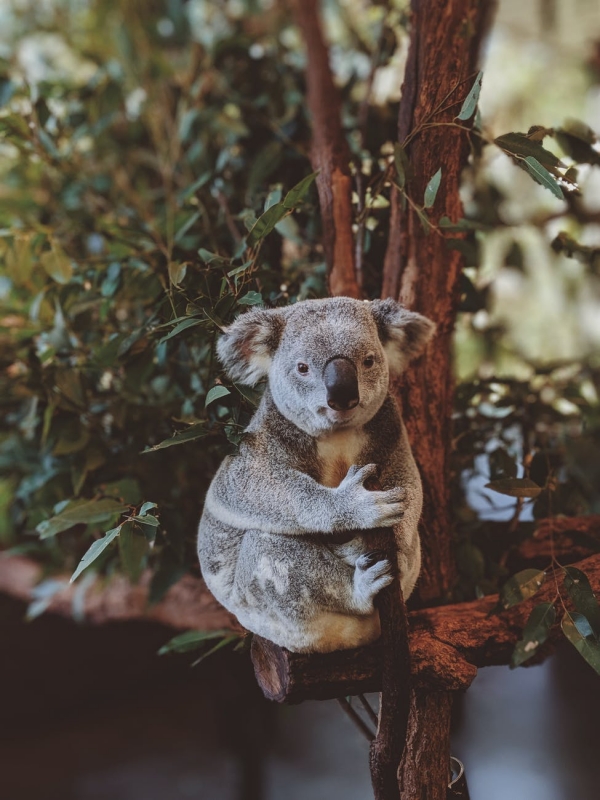 To watch koalas hanging out in trees, scientists have used a special instrument known as thermal cameras. They observed that when the weather is humid, koalas prefer moving to lower parts of the trees and love pressing themselves close to the trunks to stay cool.

3.Some Koala Bear may have White Fur. 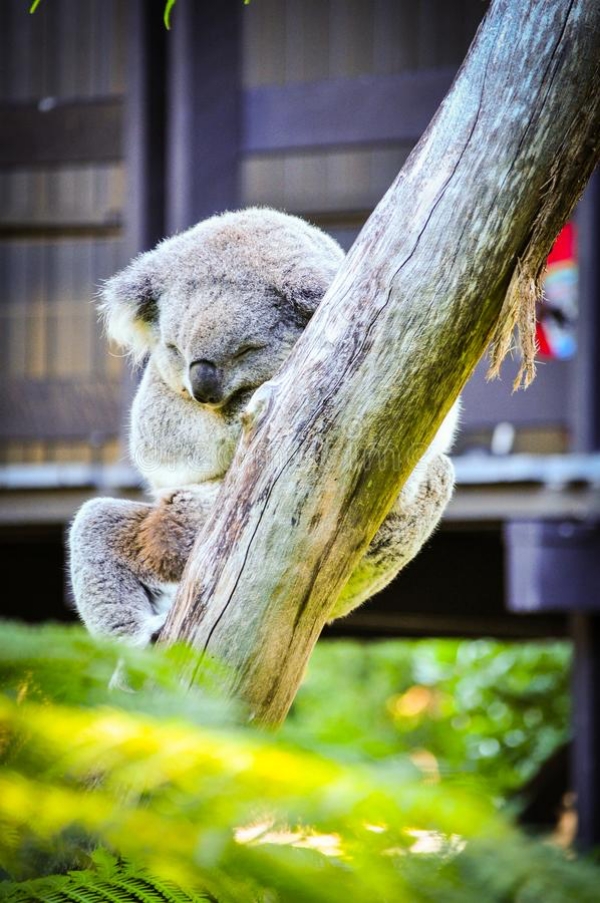 One of the most interesting facts about koala bears is that you’ll rarely find them in a different color fur other than gray. For example – Mick, is an incredibly rare white Koala having white fur and dark-colored eyes. 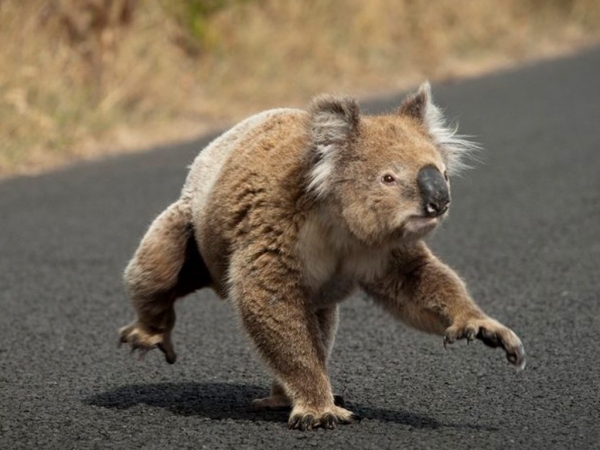 Yes, kolas are usually considered to be lazy and lethargic in trees as they conserve energy. They can’t properly walk on the ground, but if required they can freely break into a gallop, moving at a speed of up to 30 kilometers per hour.

5.Many people believe Koalas do not drink water, but they do. 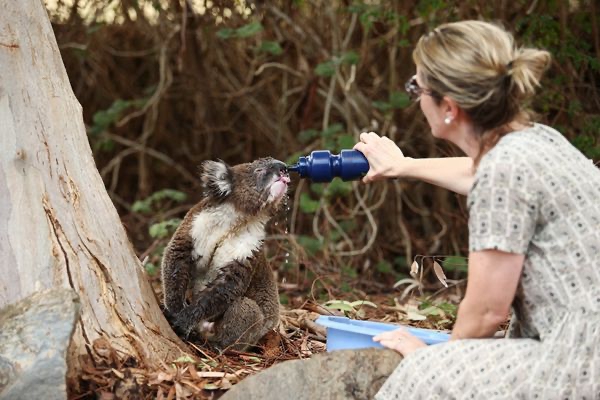 The word ‘Koala’ translates to ‘no water’ in an Australian Aboriginal language. Every animal needs water to drink. It’s previously believed that Koalas don’t drink because they get enough moisture from eucalyptus leaves. However, now the scenario has changed – they do drink from different water sources whenrequired such as – in times of droughts or heatwaves. 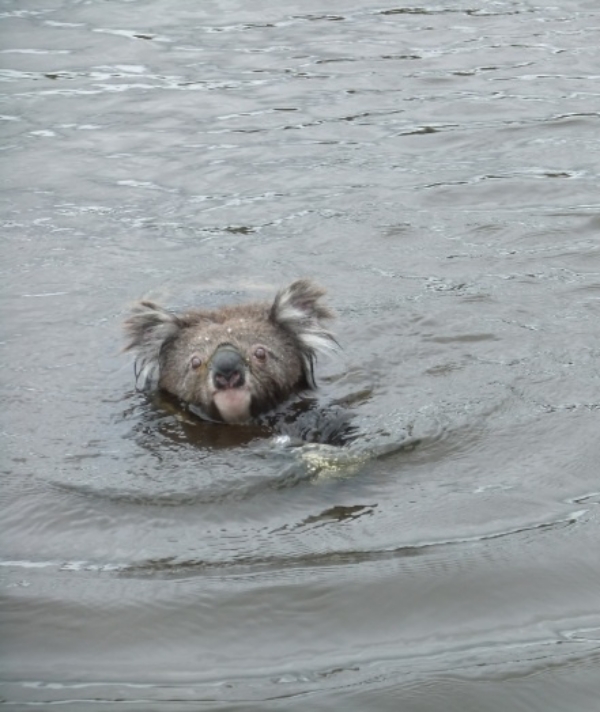 What help koalas to move freely amongst the trees? Well, koalas have strong arms and legs, large feet and sharp claws. Besides this, they have two opposable thumbs on their forepaws helping them to achieve a good grip while climbing the trees. And, how can we forget? They are excellent swimmer and can cross rivers easily in order to stay protected from heavy floods and rain.
7.Koalas can make Several Types of Sounds. 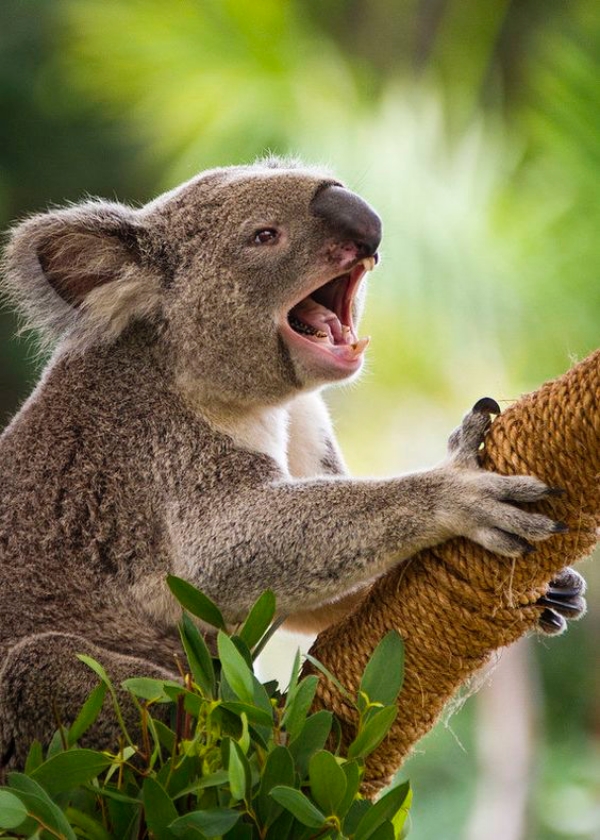 The other interesting fact about koala bears to note here is that while communicating with each other, they make several types of noises. They usually rag and sometimes they sound like snoring. Interestingly, koala bears only spend 15 minutes a day for social activities and they have a secret gland on their chest that they continuous rub against trees. 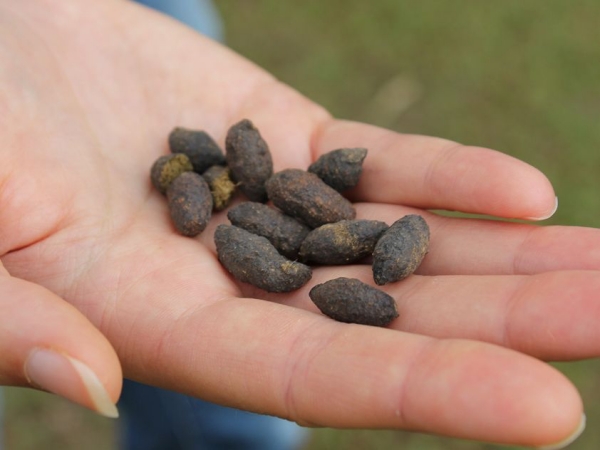 ‘Pap’ is a very unique kind of soup that forms inside a mother koala’s cecum and is excreted. So, it’s correct to mention here that baby koalas eat their mother’s droppings. The soup is rich in micro-organisms to give their babies tiny digestive tracts – a perfect ready toxic leaves lunch.

9.Habitat Loss is the biggest threat to Koalas. 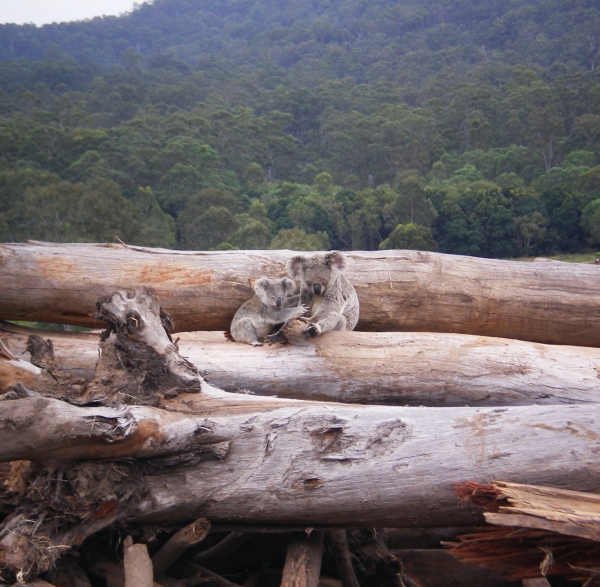 Large number of koala bears face problem like nowhere to go when their forest habitat is affected due to deforestation. The other main reasons for habitat loss are bush fires, land clearing and diseases like ‘dieback’ which cause the trees to fall down. And, with the trees gone, koalas are forced to spend more time on the ground in search of shelter. 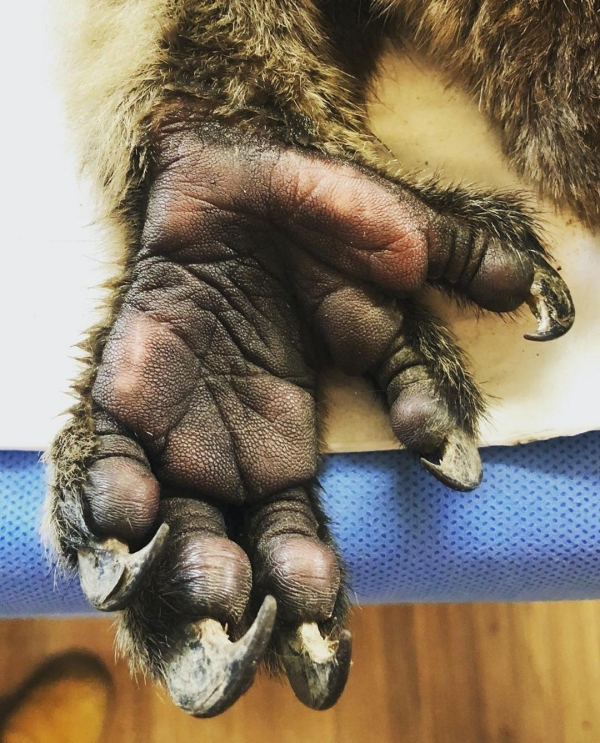 Koala bear hands are quite different as compared to other animals, which is considered as the most interesting fact about koala bears. They are among one of very few species of animals that have individual fingerprints. According to scientists, koalas and apes have evolved these ridges in the skin independently for better grasping.

At last, if you’re planning to live in an area with Koalas, there are number of ways you can help them to live happily and effectively, such as – plant more food trees for Koala bears and you need to be careful about not hitting any koalas while driving, especially at night. The other best way is to keep dogs and cats inside at night to reduce the risks of attacks.