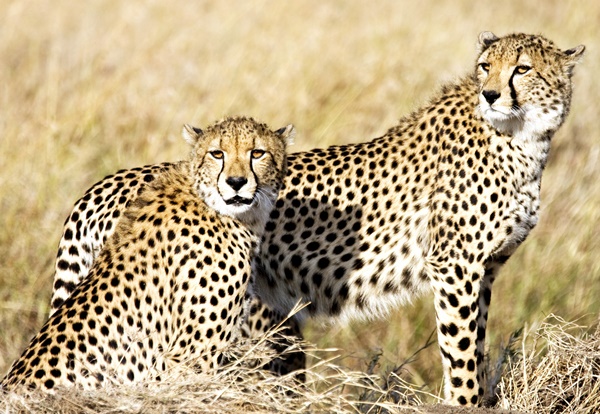 An ailurophile’s glee, supremely known as the fastest mammal on land, But did you that it is Africa’s most threatened feline? As kids, we’ve studied so much about it being the quickest and agile among the feline domain that we are head over heels in love with that spotty big cat. Yes! It’s the magnificent cheetah that we are discussing and these Informative Facts about Cheetah for Kids are surely going to amaze you
Informative Facts about Cheetah for Kids.

Did you know? : 4th of December is International Cheetah Day! 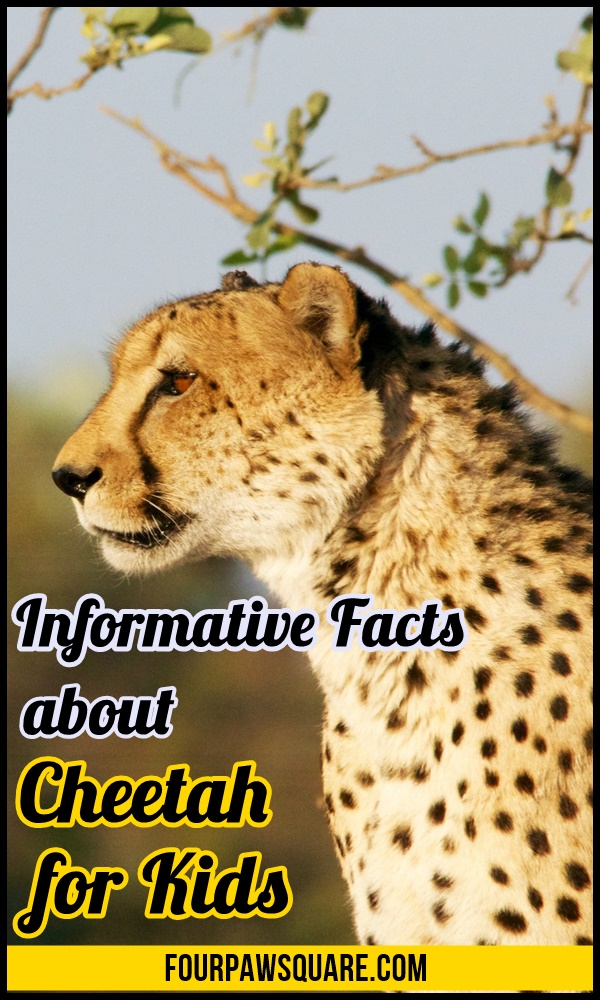 Informative Facts about Cheetah for Kids

Who is this Lovely Animal? 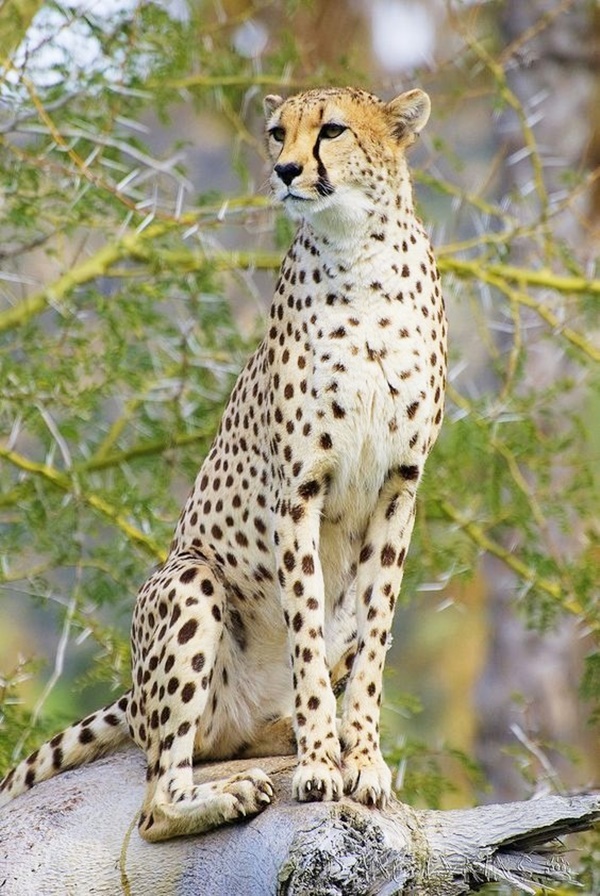 The cheetah is a large cat of the feline subfamily that is most profoundly found in the southern, northern and east Africa. Its biological name is Acinonyx Jubatus (yes! it’s difficult to pronounce it initially thus it’s given a simple name – Cheetah!)

Why are they Called the Cheetah? 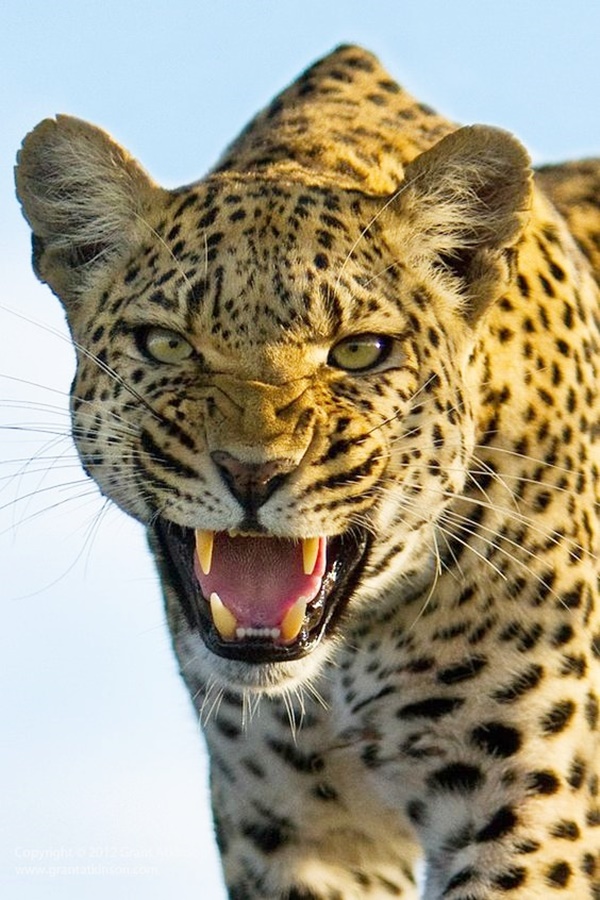 Apart from their biological name is difficult to pronounce this wildcat is covered almost entirely with spots on a black pale yellow and white underbelly. This is the main reason why they are called the cheetah. Cheetah is derived from a Hindi word “Chita” meaning “the spotted one” or in other words the one who has spots over its body. They are usually smaller in size than the other members if the feline family that live in the wild have long tails that generally ends with a white tuft. Cheetahs have “tear stripes” that stretch from the corner of their eyes to the side of their nose and measures about 1.2 meters.

Fun fact: They maintain their balance while hunting at a high speed by using their long fluffy tail. 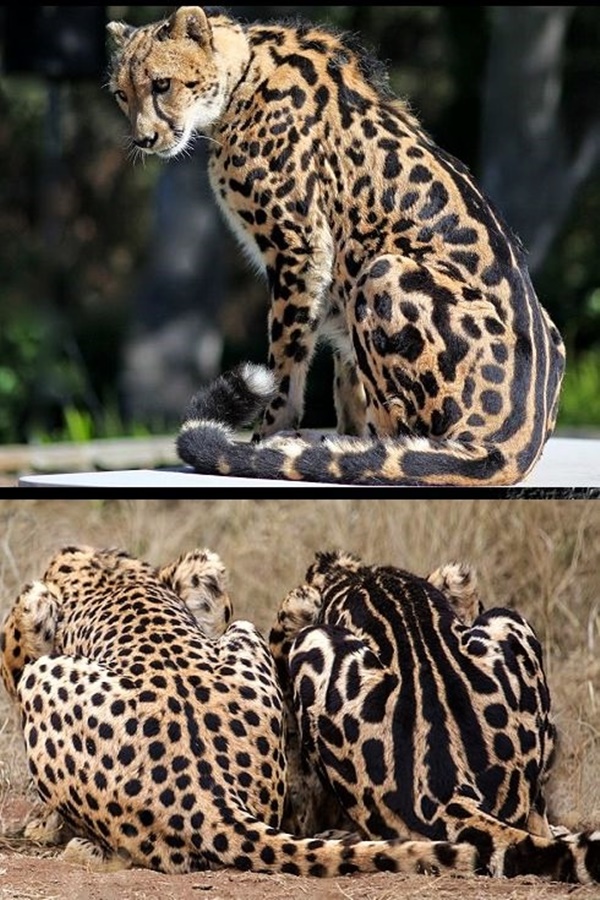 Yes! They do have relatives but we call them species. Though cheetah is the only one of its genus, there are five more species subspecies of it. Two among them are Asiatic and northwest African that are segregated as ‘Critically Endangered’ and the remaining three, African, Sudanese and Tanzanian cheetah has the comparatively higher population, but have shown a rapid decline in recent years.

But What is their Exact Population? 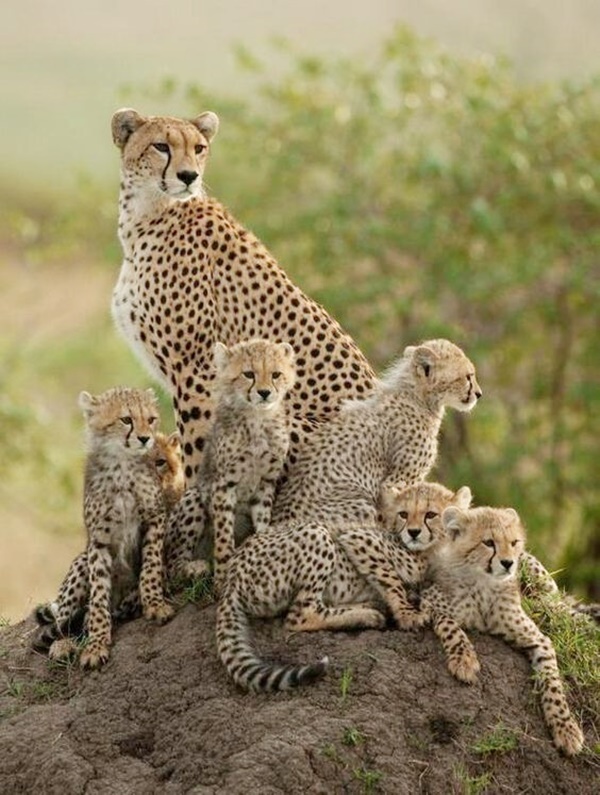 The facts state that in 1900 there were over about 100,000 cheetahs across their historic range which have declined drastically over the years. Today, an estimated 9,000 to 12,000 cheetahs remain in wild Africa. In Iran, there are about 200 cheetahs’ livings in a small isolated population. A lot of thesis and observations have been done on this species, and every time something different comes up just as these Animals And Their Weird Eating Functionality.

What Does a Cheetah Eat? 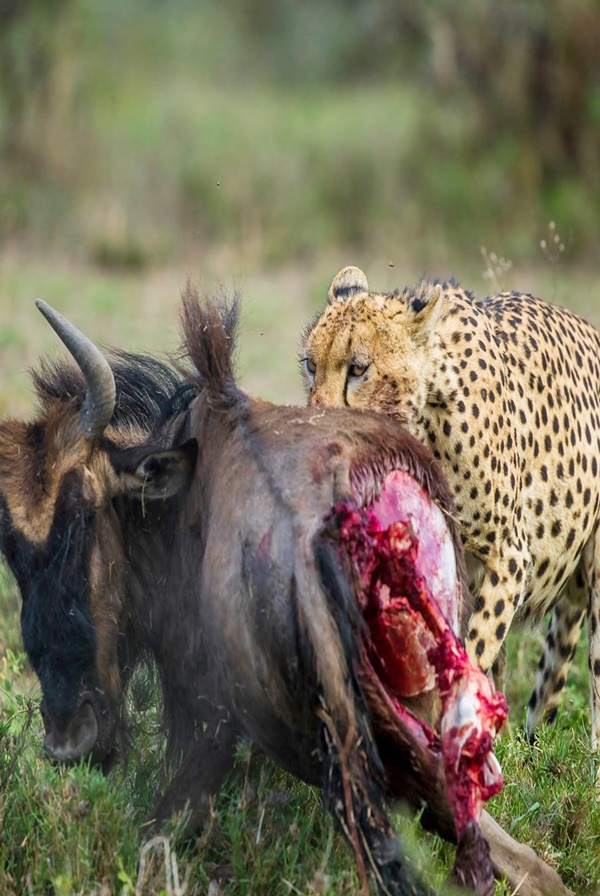 A zebra for breakfast and an antelope for lunch and maybe nothing for dinner… sounds funny, isn’t it? Well, that’s because unlike the other carnivores, our beloved cheetah cannot see at night! Yes! That’s true and we cannot state the exact order but the cheetah doesn’t have an elephant as their food. Cheetahs seldom prey on larger animals such as giraffe, buffalo, ostrich or zebra. They mostly target smaller antelopes like springbok and Thomson’s gazelle. They also sometimes hunt larger antelopes like kudu.

How do they Hunt? 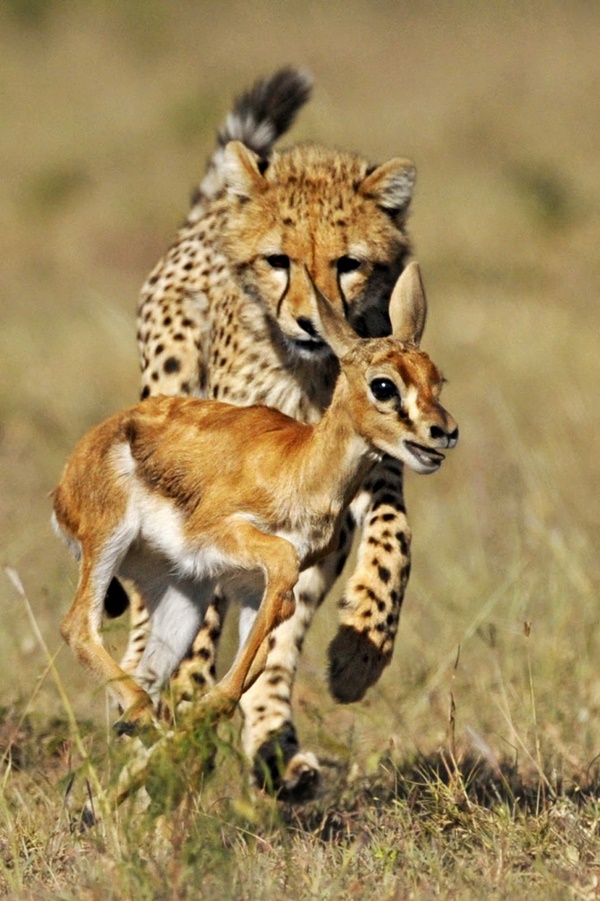 A cheetah isn’t a chameleon but it camouflages itself behind the tall grasses while hunting down its prey. Cheetahs knock down their prey on the ground and kill with a suffocating bite to the neck. 50% of their prey are caught within a minute.

Interesting fact: During a chase, a cheetah takes about 3 ½ strides per second and 60 to 150 breaths per minute.

A cheetah can’t Roar! Wait! What? 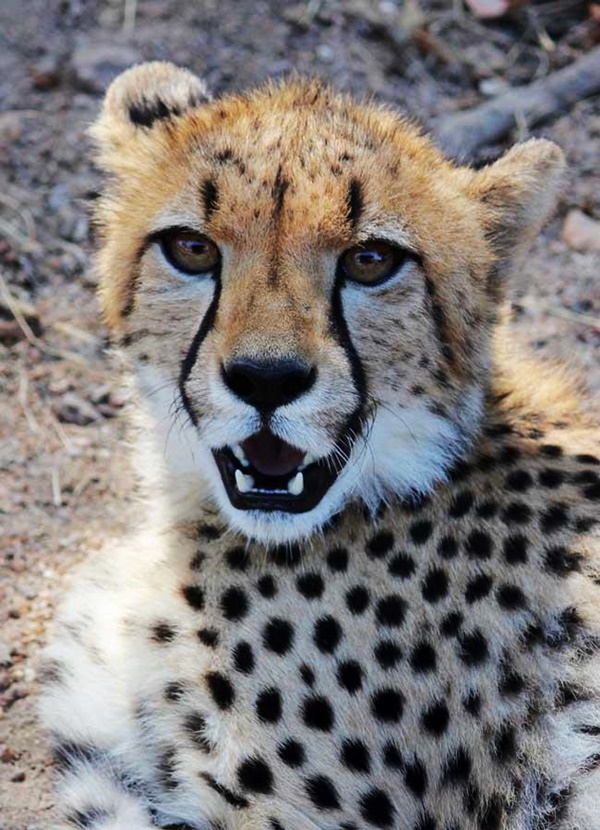 How Long do they Survive? 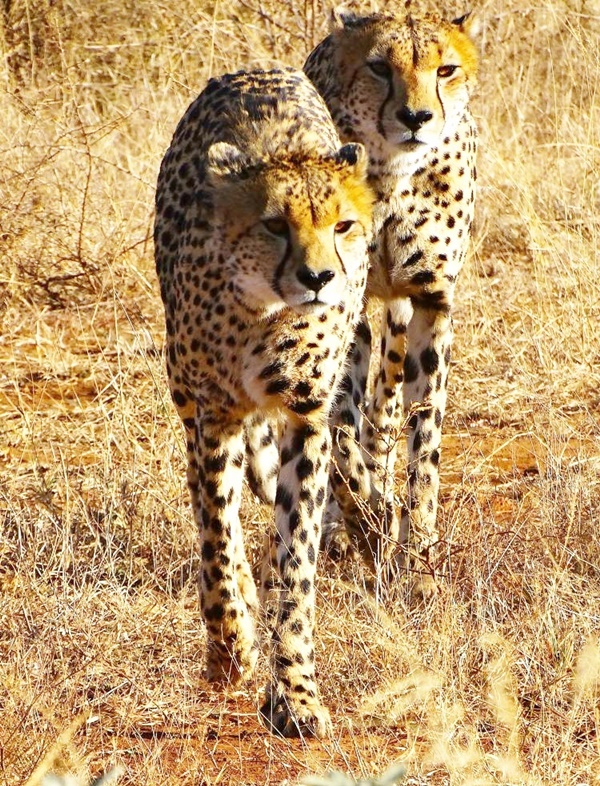 The lifespan of a cheetah is different for males and females and vary when the life in wild and in captivity. The male cheetah’s average lifespan is about 10 years and that of a female is 15 years. When kept in captive, their lifespan increases by about 2 to 3 years than that of in the wild.

Where do they Live? 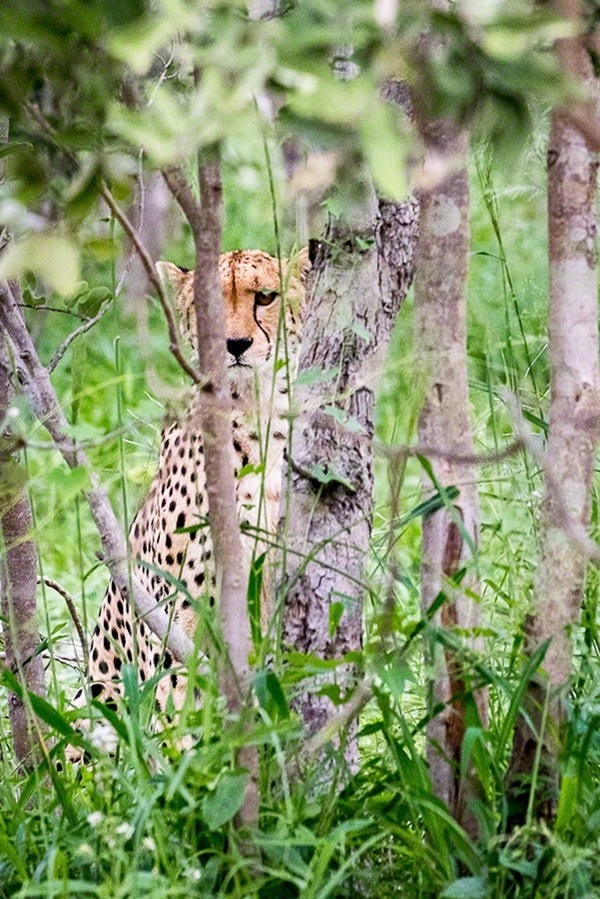 Cheetahs prefer dry and hot climates but aren’t particularly fond of deserts or tropical areas. The environment that a cheetah prefers is that of an open area with some shrubby covers, such as savannahs and near dry forests. They are also often spotted at denser vegetation and rocky upland terrain.

What is a Group of Cheetahs is Called? 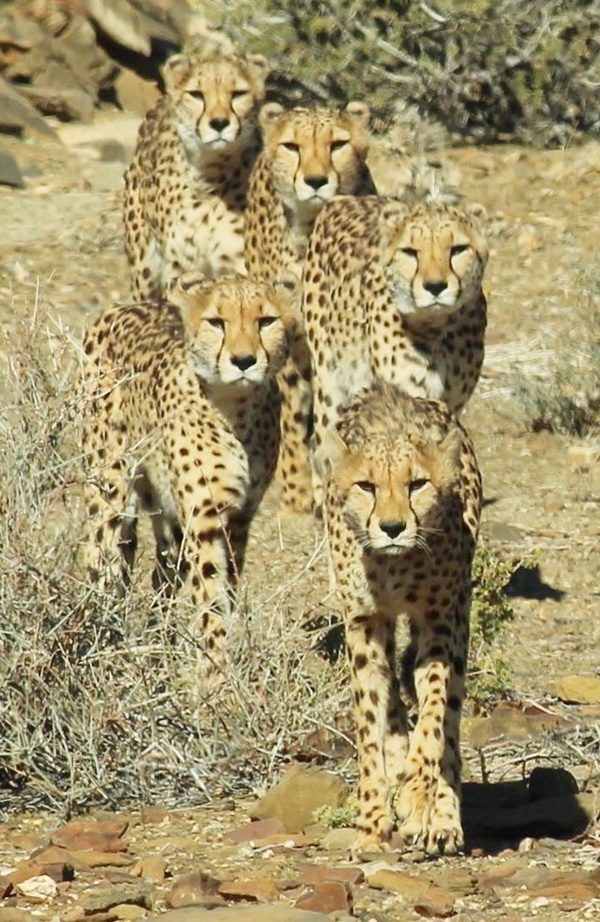 Other than the king of the jungle, Cheetahs are the only wild cats that live in a group. These groups are known as “coalitions” and are usually made up of a group of brothers. When a female cheetah is not rearing cubs, she might hang around with other cheetahs, mostly her brothers and sisters.

Interesting fact: Cheetahs are typically solitary animals except when living in the coalition.

How do they Make Babies? 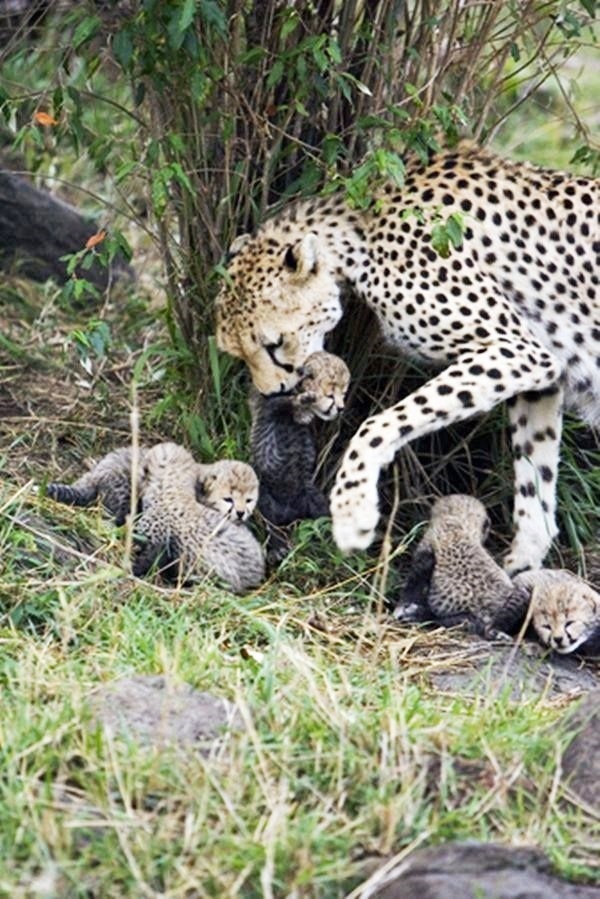 Adult male and females rarely meet except to mate and Male coalitions prefer to live and hunt together for life. They occupy an area that may overlap the range of several other females. Female home ranges are much larger than that of male coalitions. Females usually give birth in an isolated hidden spot covered with tall grass or thick vegetation.

Interesting fact: Cheetahs do not have a seasonal fertility cycle, which means that you have a chance of spotting a cheetah cub at any time of the year. 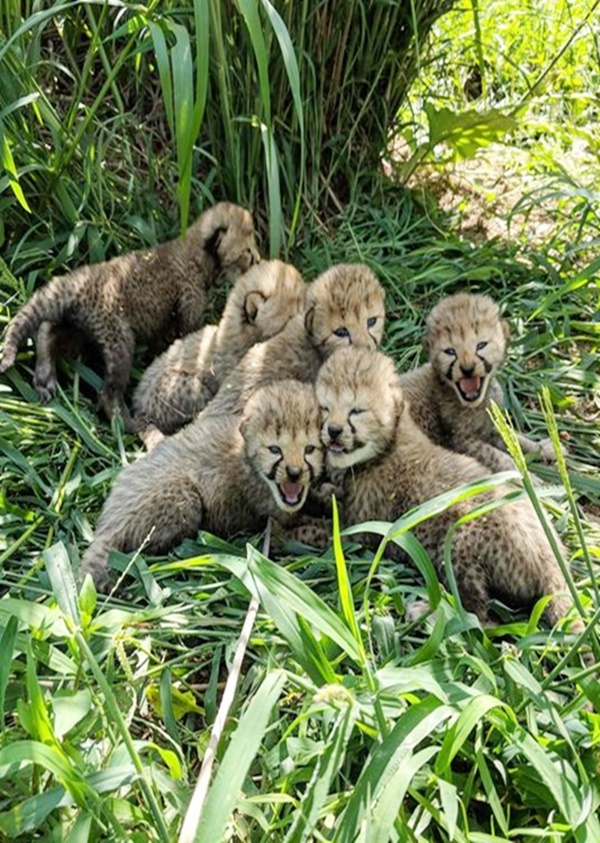 The gestation of cheetahs is of about three months and three to eight babies are born in a litter. Born with a Mohawk type downy hair which extends from the head all the way down to their back, the cheetah cubs are born blind just like other any other average house cat. As they grow up, they start losing their Mohawk hairstyle. Today as monkeys, are one of the most chaotic animal species on earth.Before you head out to the list of Small Monkey Breeds You Can Have as Pet, why not indulge in some facts about them?

What About the Cheetah Family? 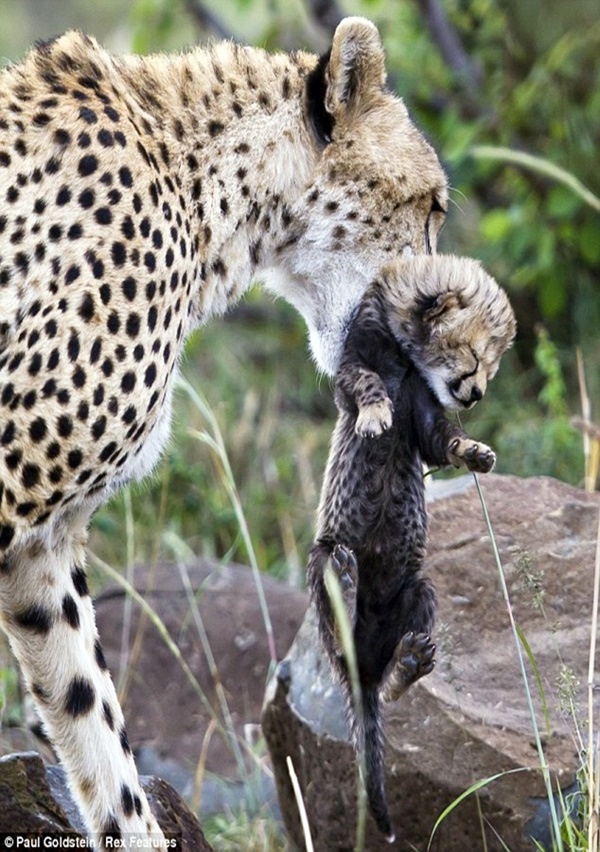 A cheetah’s family consists of the mother and cubs only. The mother carries her cubs from place to place, changing their location every few weeks so that no other predator finds them and their security is uncompromised. She carries them the scuff of their neck until they can walk on their own and once they start doing it she guides them by her tail.

Interesting fact: Female cheetahs that have cubs are usually solitary.

How Fast Can a Cheetah Run? 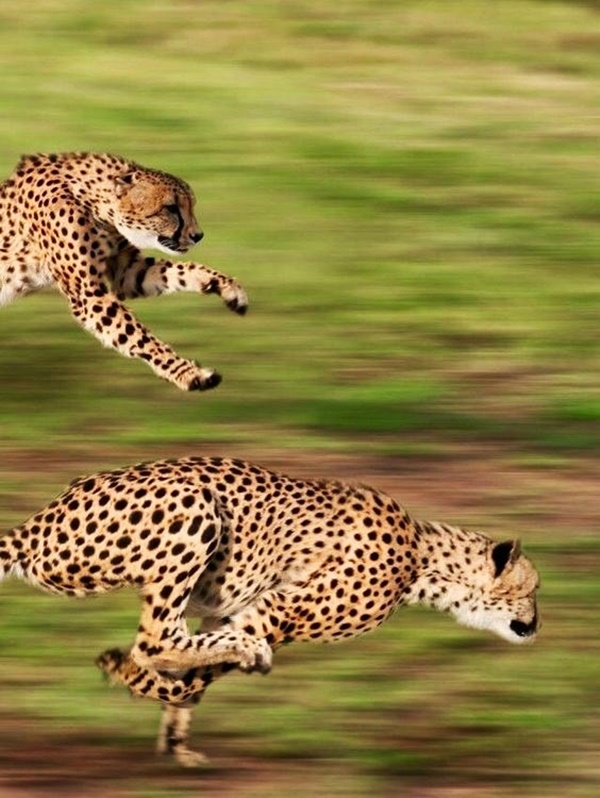 Did you know the top speed of a cheetah is about 60 to 100 kilometres or 70 miles per hour? They routinely reach velocities of 80 to 100 km per hour while they are pursuing a prey. Although they are fast, being sprinters by nature, they can maintain their speed only for short periods of time.

Interesting fact: Cheetahs have evolved many adaptations that enhance their ability to sprint.

How Can it Run so Fast? 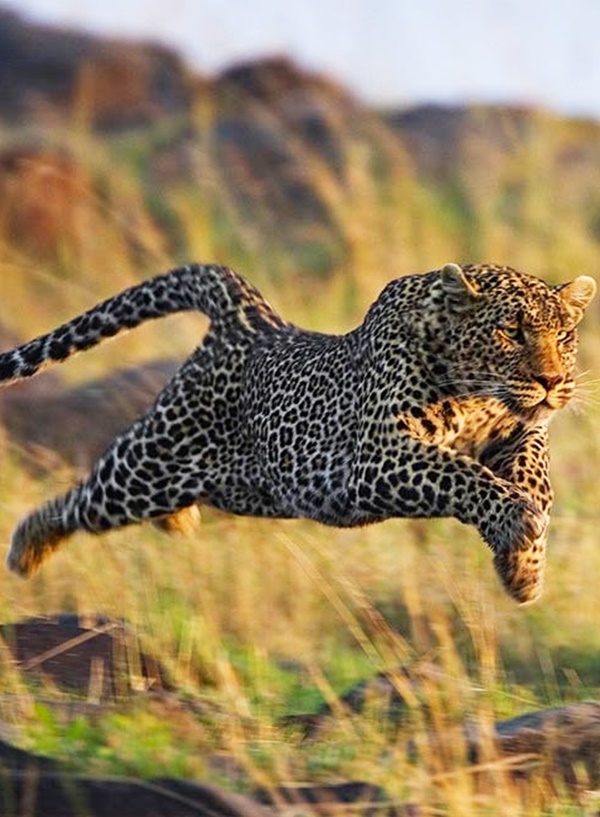 Cheetahs are designed for speed by the mother nature therefore they carry characteristics such as long elongated spine which increases their stride length and their legs are longer comparatively than any other big cat, As for their size, their heart, lungs and nasal passages are much larger than what is expected in order to allow them to have intensive physiological activity, But their sprints last only for about 200 to 300 meters.

Although fascinating, the magnificent species is getting endangered every passing day. They suffer this decline due to habitat loss, poaching or illegal pet trade and are exploited by humans for selfish gains. Several African countries and many organizations have now started to take an upfront upon this and are working towards saving this marvellous creature.