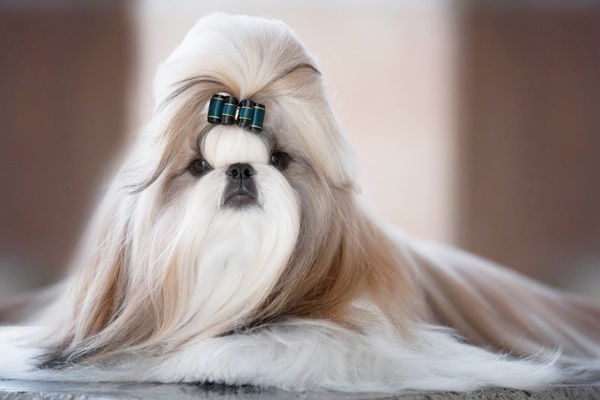 ‘Dogs are man’s best friend.” We often come across this statement. Don’t we? The reason being that dogs allow us to be their best friends, they trust us. In fact, dogs were the first ever animals that humans nurtured as their pets. Looks like dogs and humans have been together for quite long.

With curious human mind, we’ve identified, observed and learned a lot about various breeds of dogs that exist today. From the smallest of dogs to those large scary ones, we’ve made each kinda member of the huge human family. It’s very easy to do when you get a companion, very faithful and very loving. You have so many things that can help you can take ideas from these DIY Dog Clothes Tutorials For You! Socks, old shirts, baby clothes and what not! Gather all of them, have some basic sewing materials and scissors – that’s it!

Every breed has its own specialty. But, don’t dog with long hair attract a lot of attention? These cute, fluffy creatures are something one cannot resist cuddling. Heart eyes emoticons can perfectly display how one feels when looking at these soft live balls of sweetness. 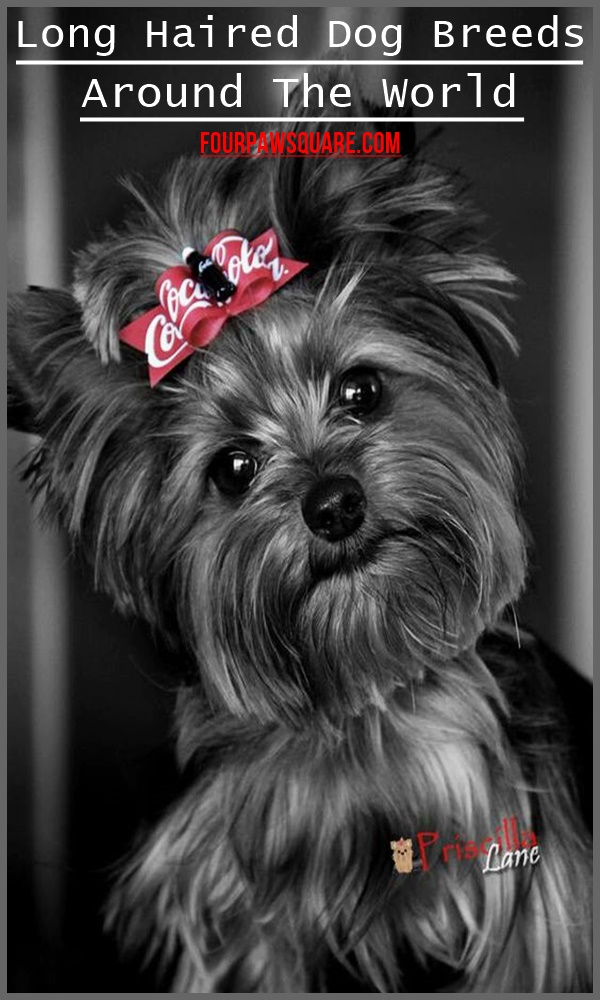 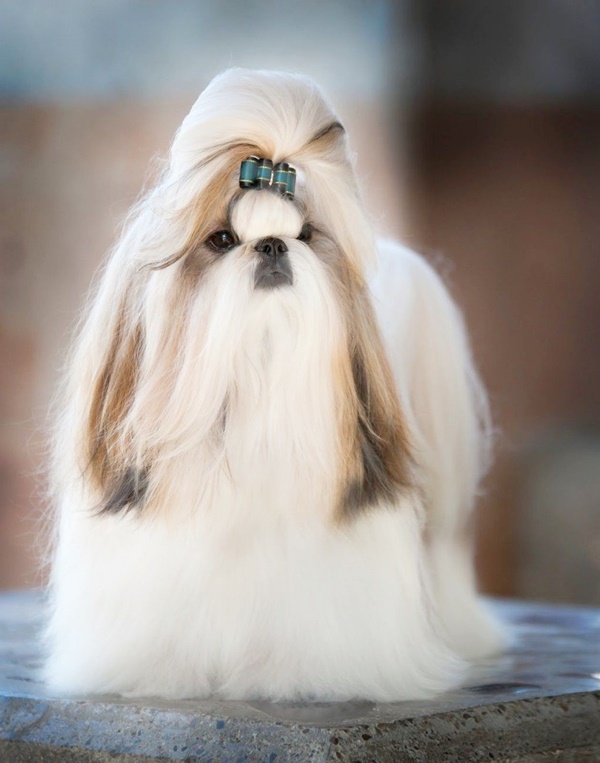 Shih Tzu, also known as Lion dog, was first discovered in China. It has been a palace pet in the ancient times. A Shih Tzu is lively and sturdy. One cannot stop appreciating it’s adorability looking at its short muzzle and dark eyes. Along with these cute traits, this breed is also loyal and affectionate towards its owners. What’s best regarding Shih Tzus is that they are often found to be friendly with strangers. Okay! Maybe now you won’t have to worry about your guests being bitten by your pet. Allergies are far away with Shih Tzu since it sheds only when combed or brushed. This toy dog breed has everything you need to get a cute, little family member. 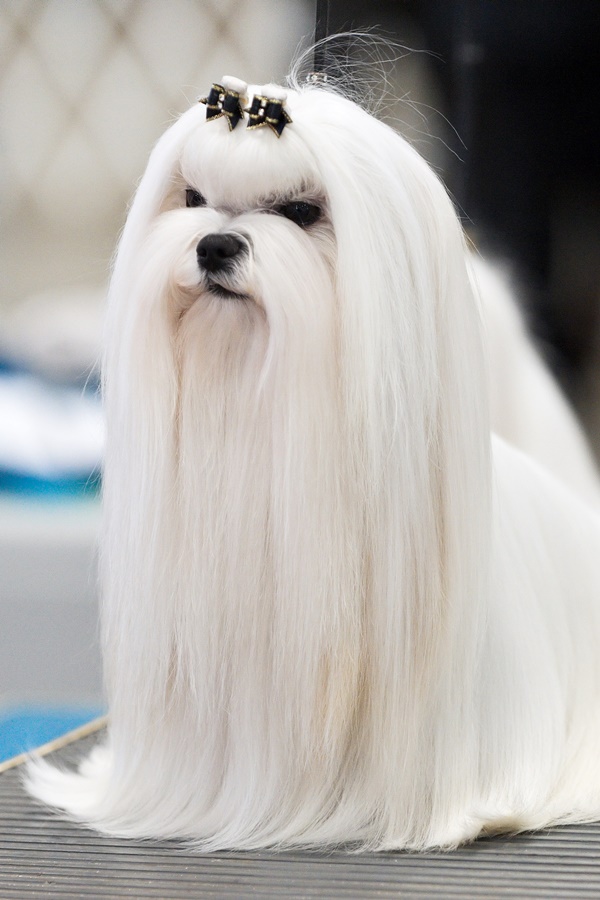 Through their long partnership with humans, Maltese have learned to get what they want from their owners. Their dark, large eyes, gumdrop cute little nose, and the long, free-flowing and glorious coat are what makes them very eye-catching. Despite its small size and less weight, Maltese make excellent watchdogs. They even perform well with athletics. On the contrary, Maltese require very less exercise. So even if you live in a small apartment and have no balcony yard for your dog to play, Maltese are a right choice for you. 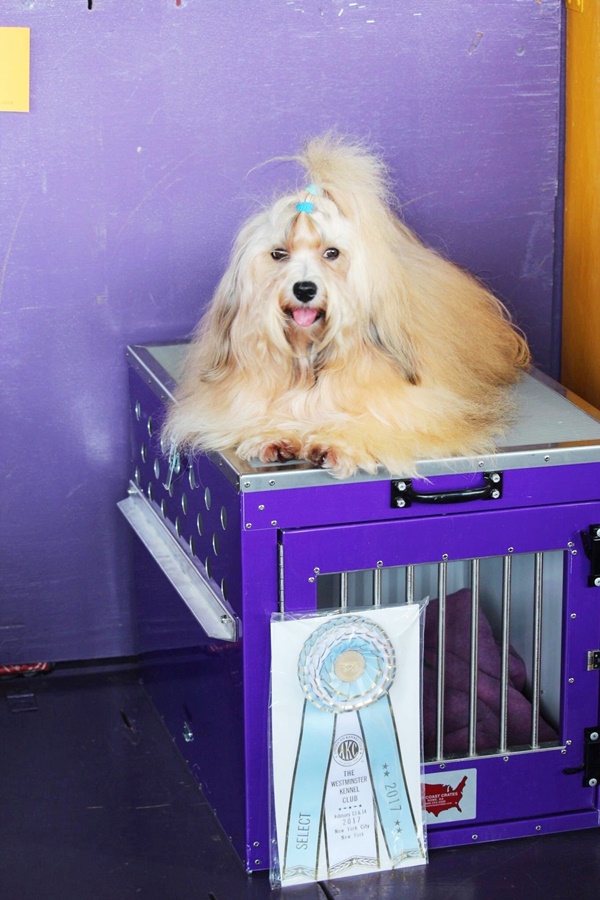 This toy dog breed is everything one can ask for. One can fall in love with this breed just by looking at it. With 7-10 inches of height and a similar length, these dogs have a free-flowing and smooth gait. These have so silky coat, that they always look like just stepped out of dog salon. Havanese is known for its obedience and ability to follow the given commands, thus being less of a troublemaker. They love enclosed spaces, so it is a prized possession for the urban population. 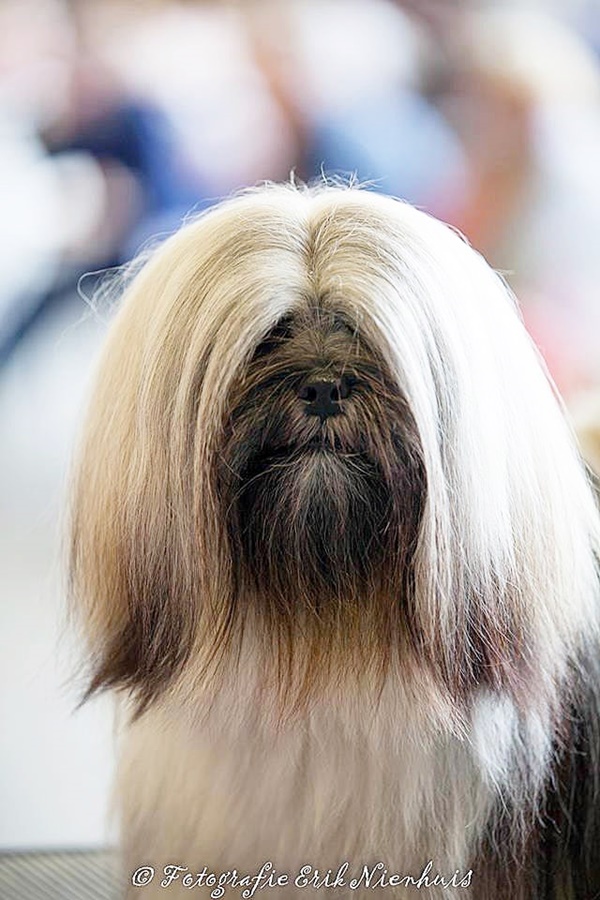 They were treated as watchdogs by the Tibetan Buddhist monastery. One cannot dôoubt it’s intelligence and alertness traits. Lhasa Apso is quite a different breed. They’re very loyal towards their acquaintances, but is wary of the strangers and doesn’t leave a chance of announcing unusual entrance. This breed’s companionship along with the independent character is what brings it in demand. You have to worry very less about its health as they’re associated with very few health problems. These fluff balls are feisty and bold. 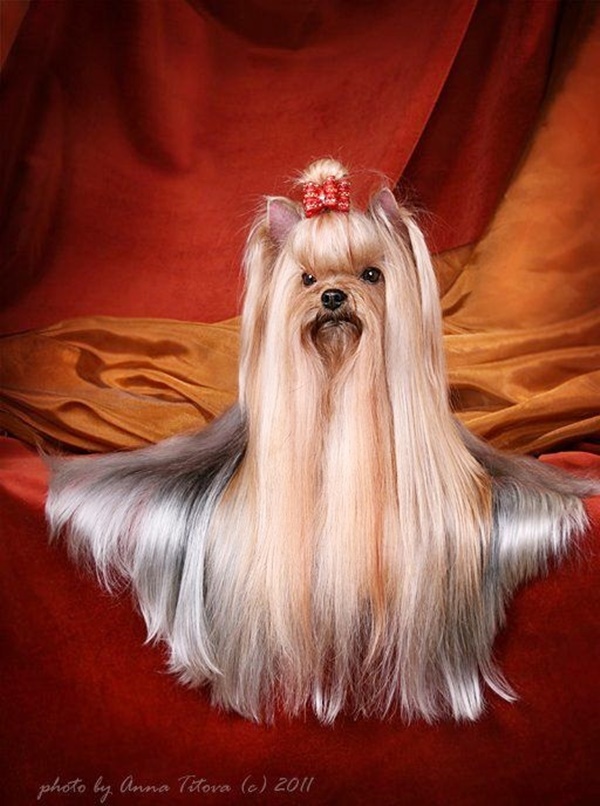 A Yorkshire terrier is classified into the group of toy dogs, but it has the personality of a true terrier. He is spunky and smart. Is small and elegant. These dogs don’t require much space and are very light weighted. Yorkshire has the following amazing qualities:

For the ones who are allergic to hair, this breed can be a good pet option, as it sheds very less.
Is very lively and has a carries grace while walking.

Doesn’t need an intense exercise, because of its small stature.

Makes a good watchdog – won’t fail on recognizing strangers. Otherwise is peaceful with the known ones. 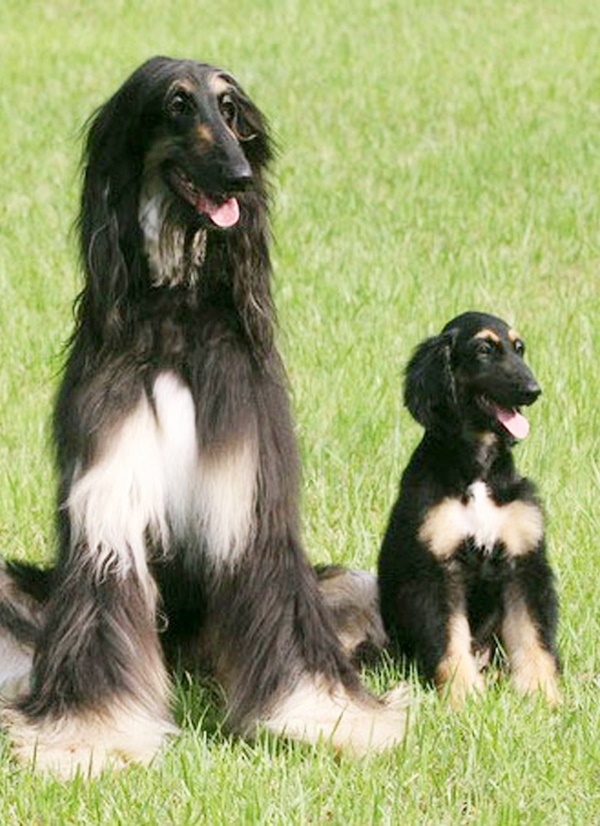 These aristocratic dogs are tall attention gainers. They have a very unique personality, standing height and aloof, these dogs are someone who creates a high status among the society. They’re loyal to the humans they’ve bonded with. Afghan hounds are gifted with natural hunting instinct, though they are comparatively easy to train using basic commands. If you’re thinking they’re boring, then you’re wrong. They can be clownish and happy while playing. 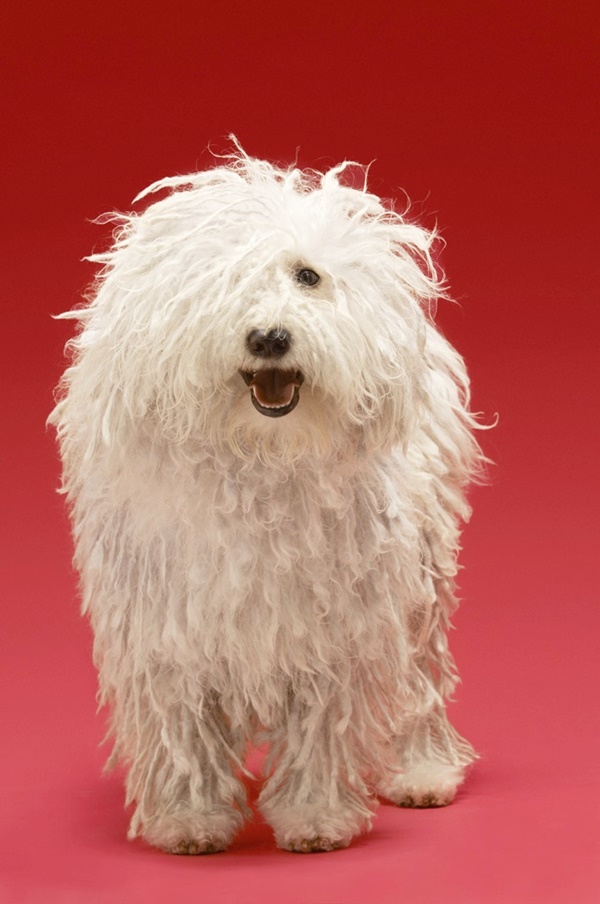 A fun fact about Komondors that they’re also known as ‘top dog’, because of the mop-like appearance their coat give them. Their coat is coarse, wavy and curled. If you judge it by its appearance, you might be wrong. As, it’s a very powerful and fearless guardian dog, mainly guards livestock. It is very independent and affectionate at the same time. It doesn’t approve strangers, as it is very protective regarding its family of humans and pets. If you own a dog then you should definitely try these hilarious Dog Haircuts on it. Experimenting is cool and it’s even cooler with a fuzzy companion. 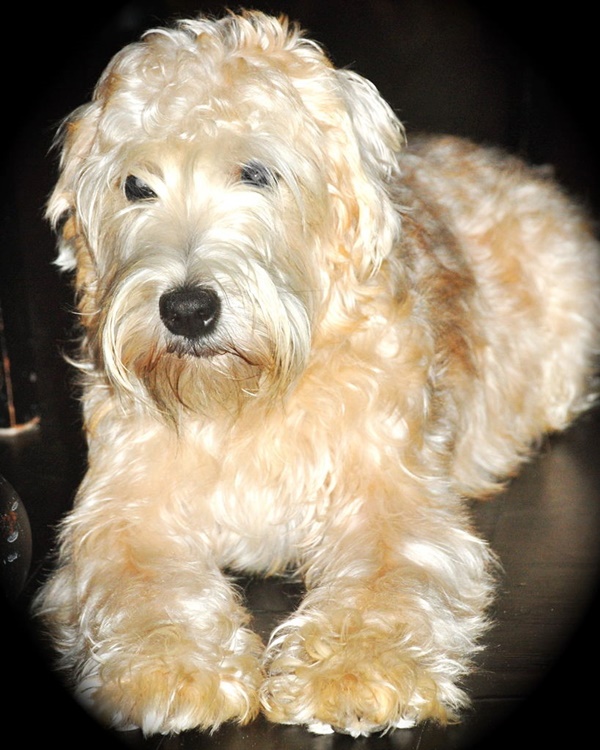 Wheatens may have one of the two coat types: Irish or American. Generally, they have a friendly and playful nature and can socialize well with children and dogs. As the name suggests, they have a soft coated. They’re exuberant, merry extroverts, not leaving their stubbornness that comes from the fact that they’re terriers. They also have a commendable energy level, which remains fairly the same even in old age. 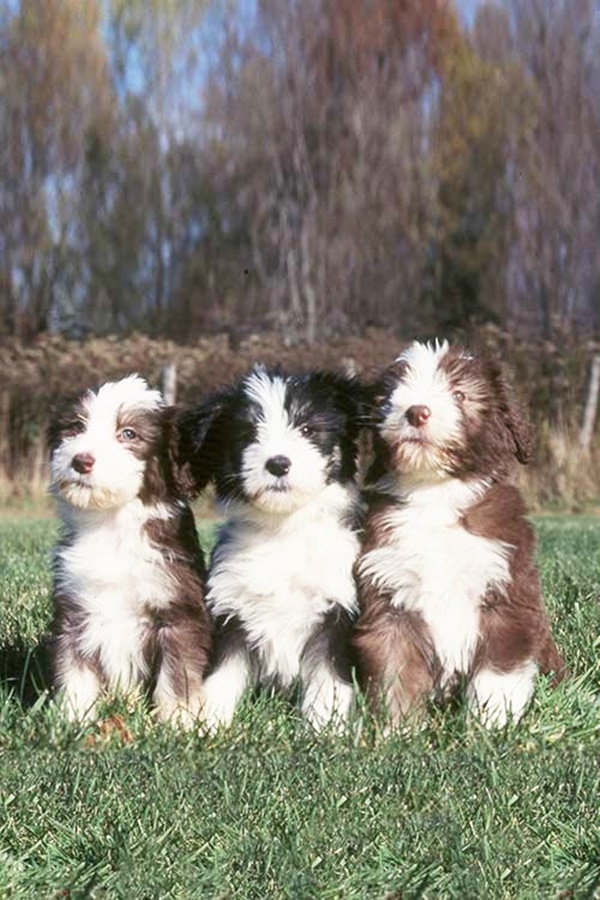 These dogs are also referred to as ‘Bearded bounce’. They’re lively, playful and are known to have good nature. Exercise is especially important when these dogs are young. Mostly, it requires constructive activities, such as hiking, running, jumping, etc., for it to acquire an inquisitive nature, that it is known for. For beardies, socializing with other pets or humans is very necessary. They may become destructive or aggressive as a result of being left alone for a long time. You can call him a package of many as it is intelligent, quick-witted and independent. 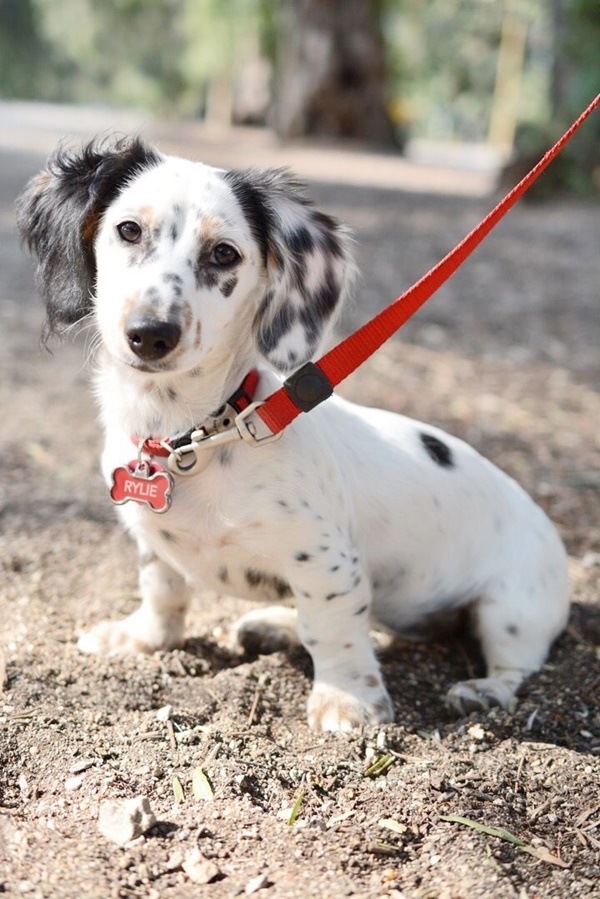 The English Setter is a medium-size breed of dog. Talking about this breed, know that dogs can be called’gentlemen’ too. However, if coming from working/field breeding lines, these dogs may have a mischievous behavior. English Setters are considerably energetic. If you’re a social family, you’ve got your best pet in English Setter. As it loves getting attention and is quBergamasco’sas well as well behaved. 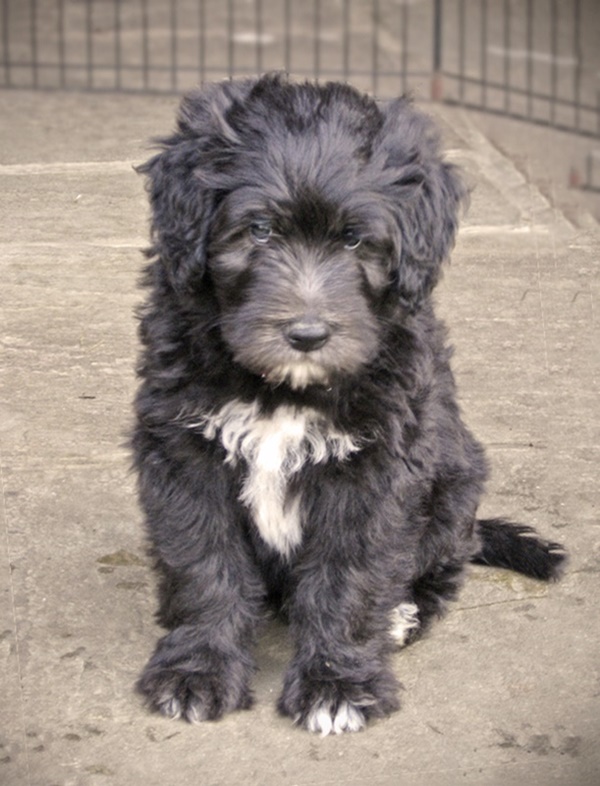 A Begamasco’s most distinctive feature is it’s unusual felted coat. This breed has been found with members having good alertness and patience. They are also known to inculcate self-control and balance in themselves. This breed is suited as both, as a guard and a companion dog. The Bergamasco creates a very close bond with the owner. Health information regarding this Long Haired Dog Breeds around the world is less. 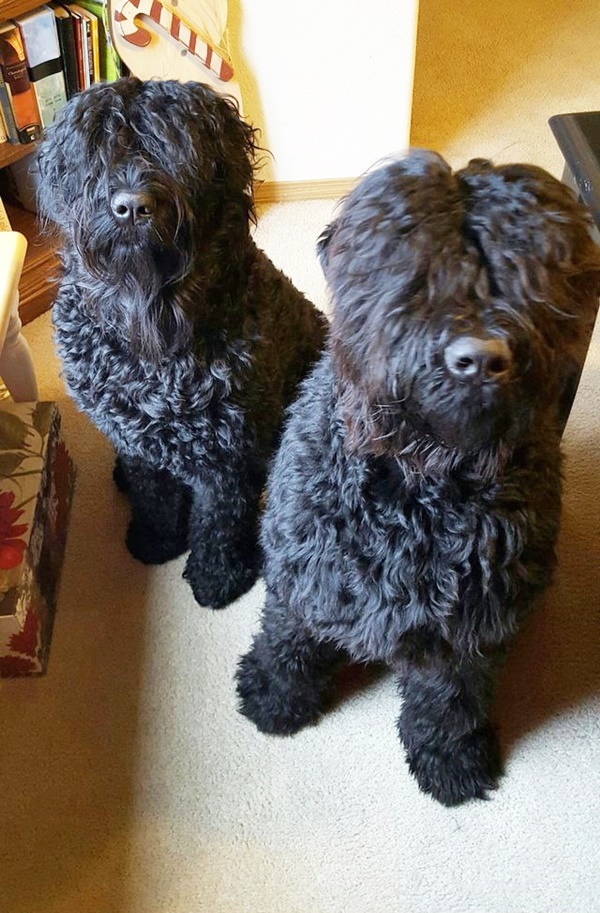 Unlike the name suggests, it is not a true terrier. Black Russian Terriers are quite aloof around strangers but is loyal towards its family.

Fact: Black Russian terrier I also called as ‘black pearls of Russia’. The reason being it’s good performance in agility and obedience. If you’re looking for a guard dog, this breed is just the right one. They’re also calm when required. Also, they don’t bark much or shed much, which makes its very low maintenance l. 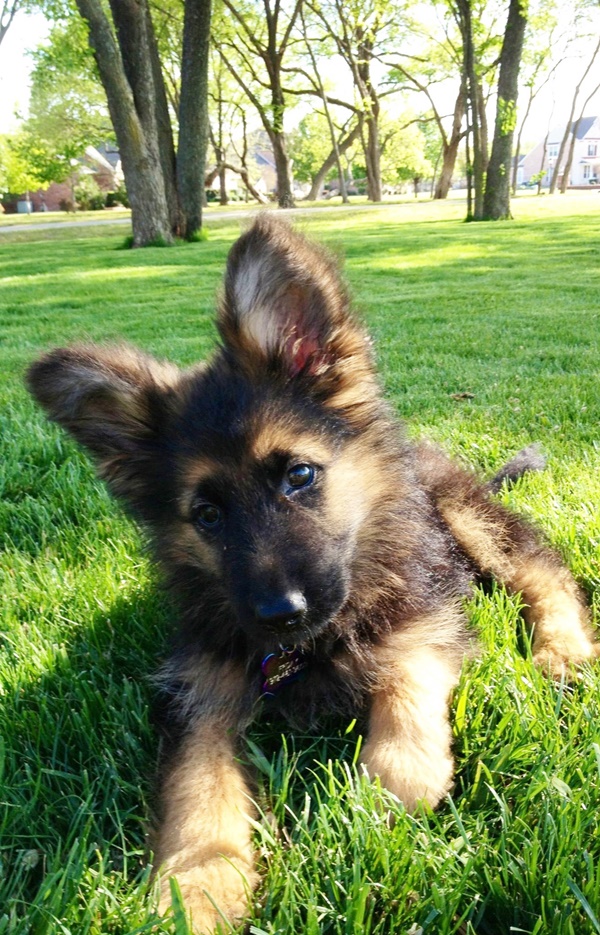 These are true dog lover’s delight. With a strong body structure, German Shepherds can stand 26 inches long at the shoulders. These confident, courageous and intelligent dogs are often found to be extremely loyal. They don’t have the dense fur coat, rather mid-length hairs cover the animal. They have less grooming requirements comparatively. They’re just royal in their appearance, so the owner has a different swollen chest when carrying a pet of this breed. 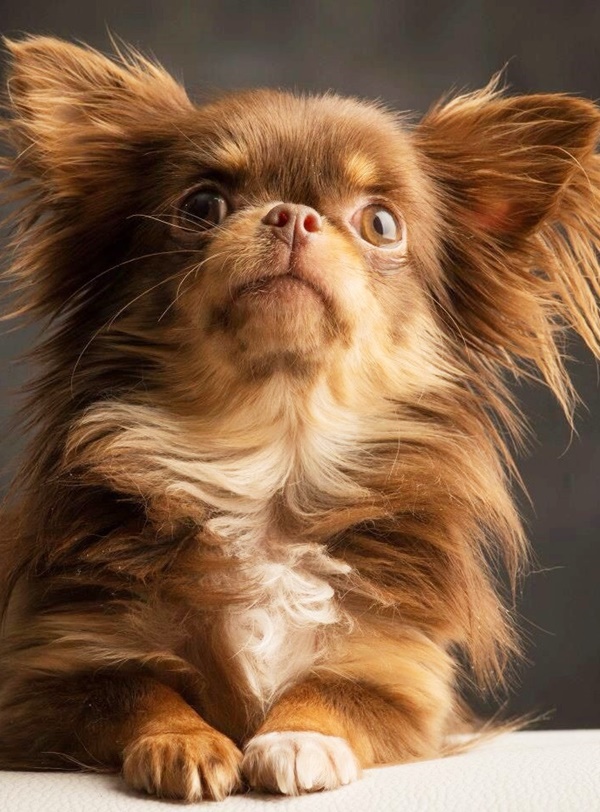 Chihuahuas are the smallest breed. Height for this breed isn’t specified, but the weight is considerably known. Generally, they’re 6 and 9 inches tall. A Chihuahua’s behavior depends on the temperament of its genetic parents. Just like other dogs, this breed too requires socialization and training. Like many small dogs, Chihuahuas are known to be ignored with training, which might pose a problem in its adult stages. These little toy dogs are pure blessings. You can carry them anywhere without much trouble. What else does an owner need?

Lovely Paw-Print Craft Ideas Any One Can Try. These will lighten up your day and will make you and your dog feel special and bonded.

Now, that you’ve gathered some information about these Long Haired Dog Breeds around the world, go get a pet, get happiness. With having a pet comes a great sense of responsibility. Any pet needs not much, but only intense love and care. So, ending it here, pets need to be treated as humans, nurtured and paid attention to.