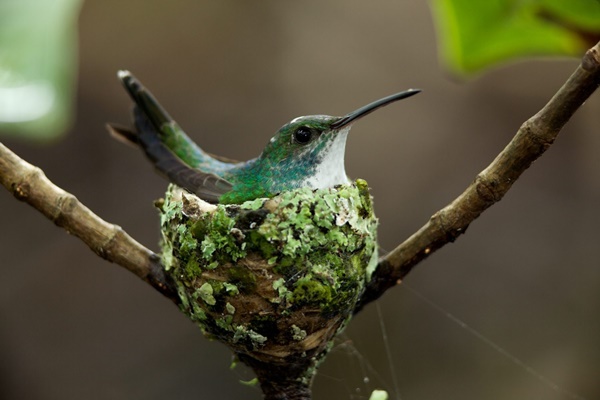 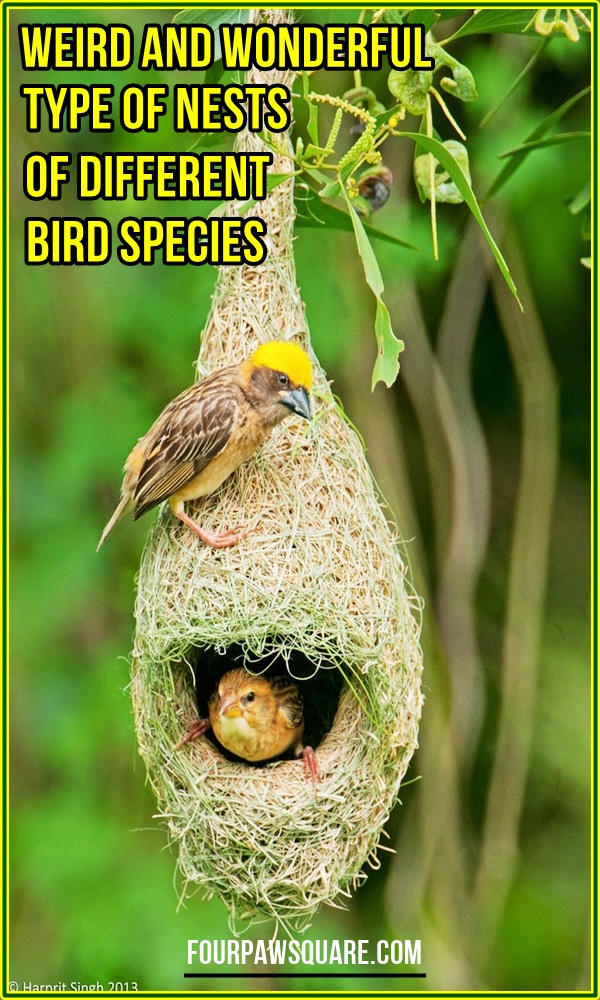 Weird And Wonderful Type Of Nests Of Different Bird Species 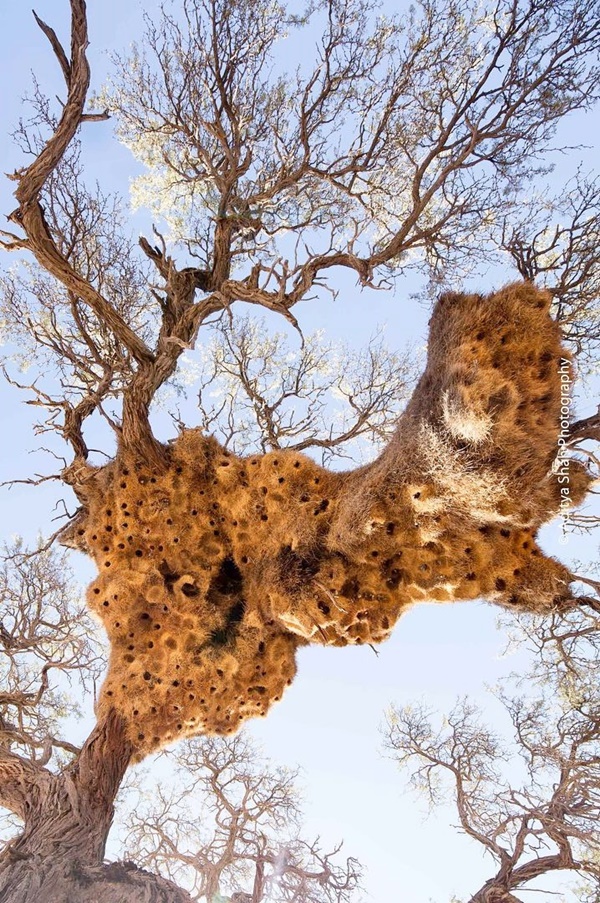 Sociable Weavers found in the deserts of South Africa build giant haystacks on their home tree. These nests are comprised of twigs, straw, hay, and other easily available material. The sociable Weavers weave a type of hive of nests, which resembles an apartment which can accommodate up to 400 birds. These nests are also known to exist for 100 years, supporting many generations of Sociable Weavers. They perfectly protect the birds from extreme heat and cold. So, the next time you see a giant heap of hay on a tree, you know what you’re looking at. 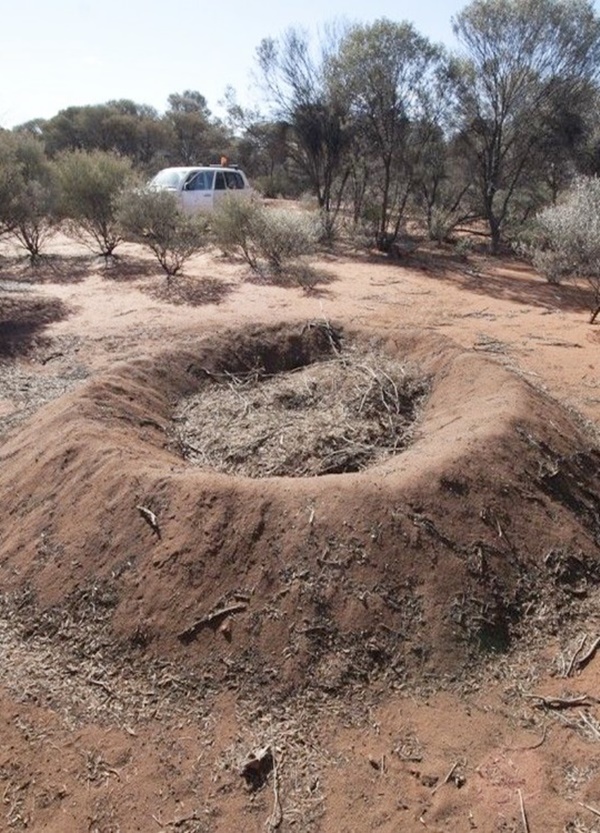 Australian Malleefowl build giant mounds on the ground consisting of bird compost. One nest of this type has made up a Guinness world record by reaching a height of 15 feet and a width of 35 feet. The male bird starts with building the nest by digging a hole in the ground and filling it with organic matter. He turns the compost to fasten the decay. When the temperature of the nest reaches 89-93 degrees, the female lays up to 18 eggs. The offsprings then are incubated in the nest. 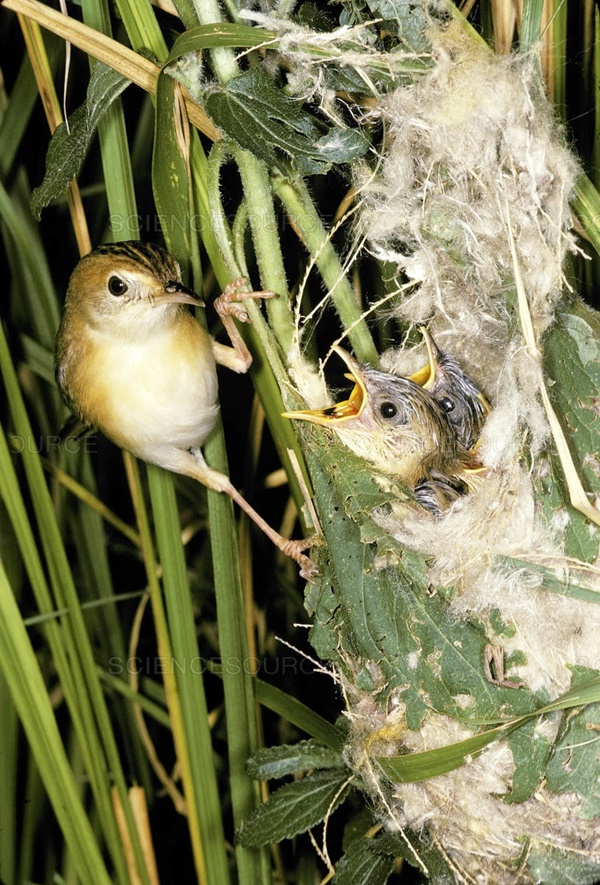 The Golden-headed Cisticola from Australia uses spiderwebs to sew a living canopy out of leaves. Since the bird’s nest is only 20 inches above the ground, it’s necessary for it to camouflage in order to protect it from predators. The bird pulls out a thread from the leaves to hold them together making up the canopy. Its excellent camouflage keeps the nest unnoticed as the tree grows.

Black Kites Use Trash To Decorate Their Nests 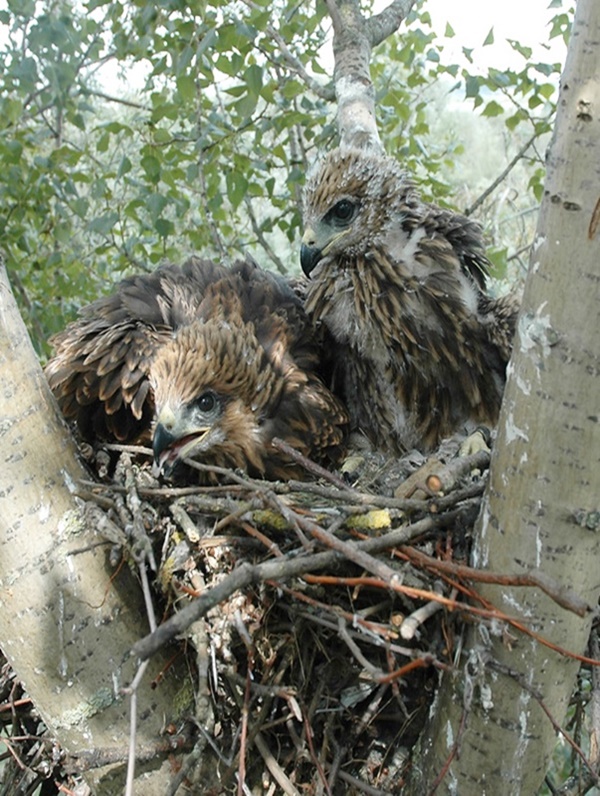 Seems like humans aren’t the only species who like to show off. Black kites fill their nests with trash, which was first believed to serve camouflage. But, after further studies conducted by scientists, it turns out that Black Kites use this trash to decorate their nests. Just like possessing a big mansion helps humans to show off, decorated nests help these birds to show off in front of their own kind.

Nevertheless given a chance you should have an eye upon these animals but until then, just enjoy these Inflatable Pictures of Animals Floating on Water and swimming in the water. 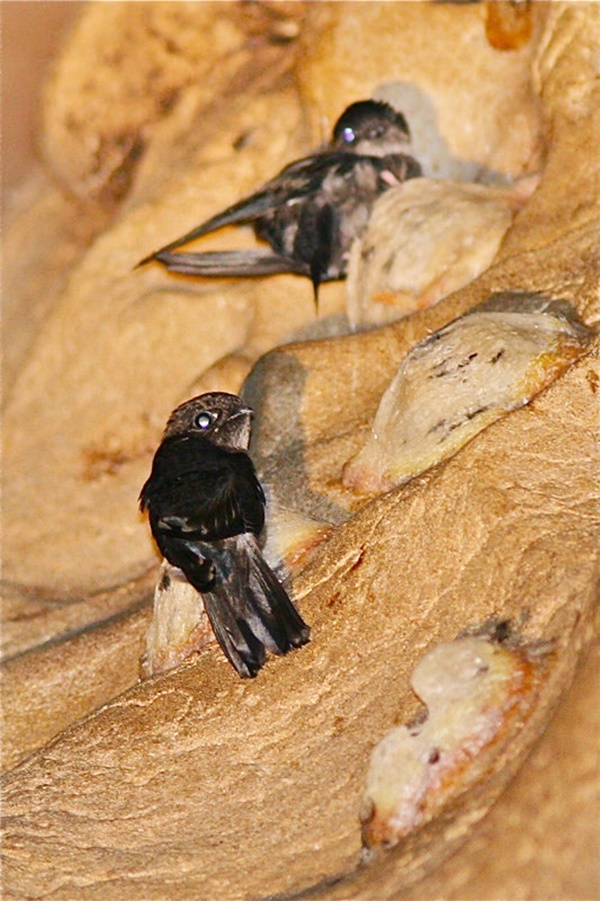 These nests are made up out of the bird’s saliva. The bird lets its saliva on a rock, which then hardens in a bracket shape to support the eggs that are being laid in the nest. This type of nests is found in caves in Southeast Asia. The fun fact about these nests is that it contains no flavor or nutritional value, but people are still crazy to have these as food. Yes! These nests are edible. They are so much hyped as food that some countries even regulate the bird’s nest industry just to prevent these nests from dying. 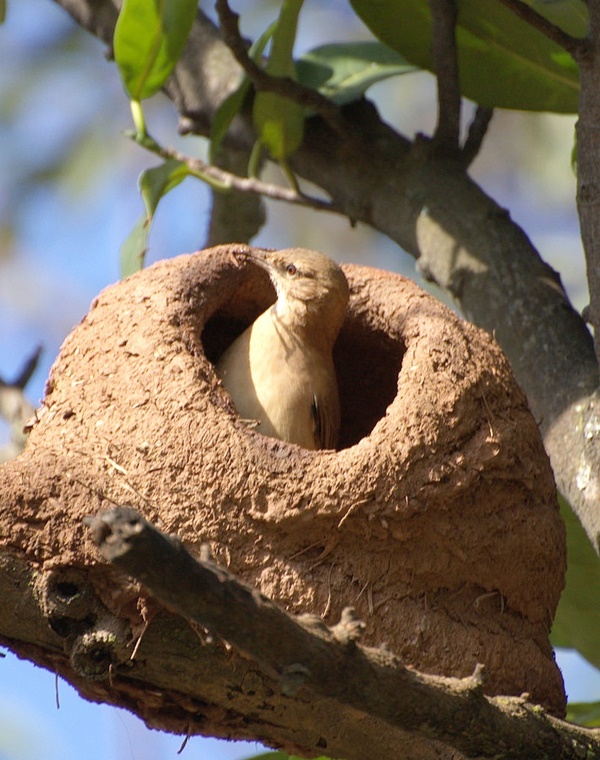 Rufus Hornero is also called as ovenbirds, owing to the type of nests they build. These birds are found in South America. They build their nests by collecting mud and manure and arranging it in the shape of an inverted bowl. The sun dries this collection and the bird’s nest is ready. These are often seen in a series of on a branch, as the bird makes up a new best for every brood. 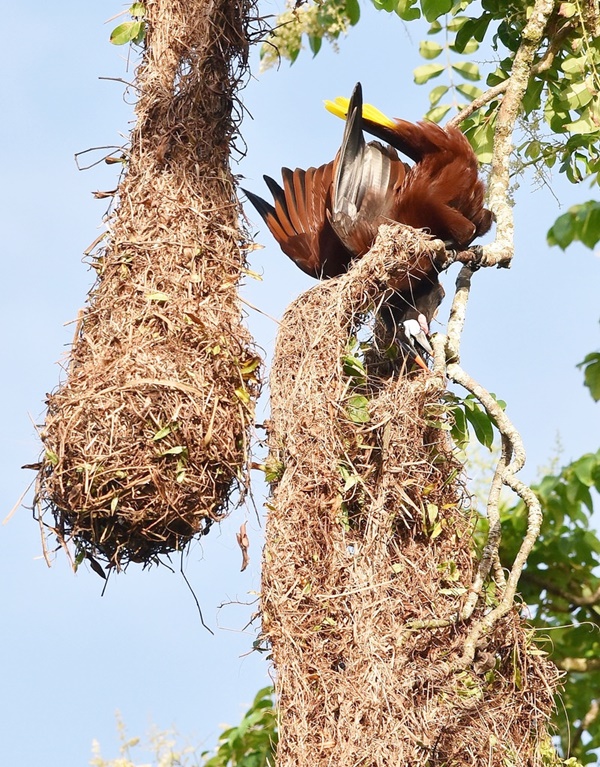 These birds are from Central America, who build their nests by weaving vines and banana fibers. These nests resemble balls hanging in stockings. Since these birds live in colonies, there may be up to 150 nests hanging from a single tree (though generally a number of 30 is observed. This species witness male dominance in the fact that when the female build up a nest and the male don’t like it, he may tear it apart and tell the female to start all over again. 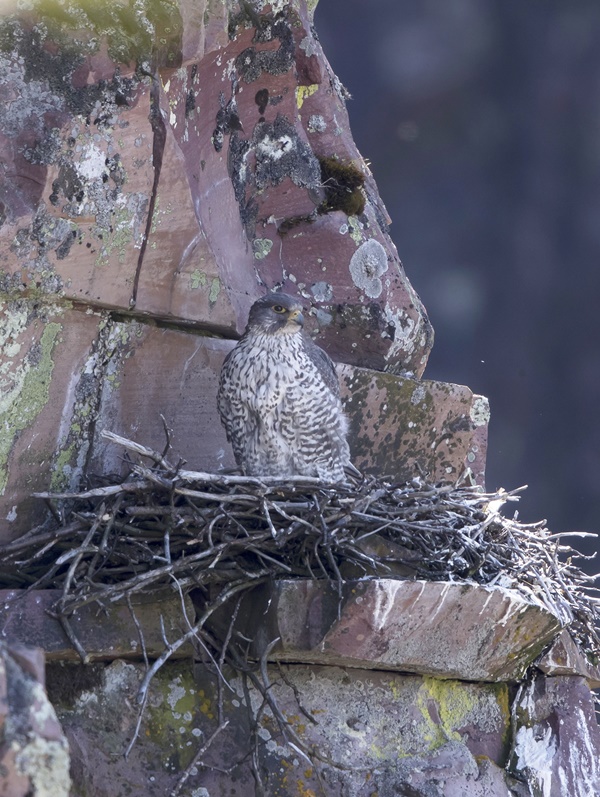 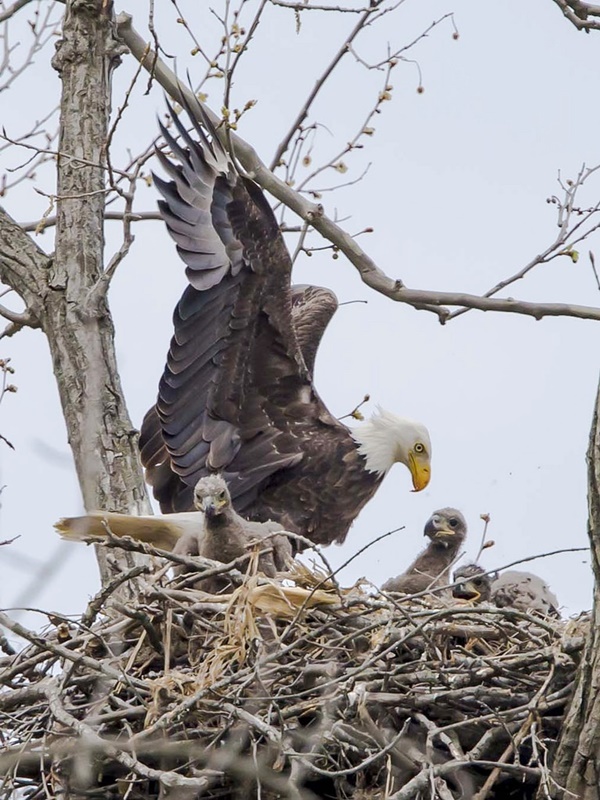 The Bald Eagle nests are much bigger than what it may seem they need. These nests are built 50-125 feet above the ground. They first start by layering the sticks in a triangular pattern. Each year these eagles add more sticks to the nest and eventually, it becomes big enough to accommodate a human. Imagine! These birds doing everything with their beaks. Isn’t it too interesting to know! One nest even covered an area of 10 feet wide and 20 feet deep. 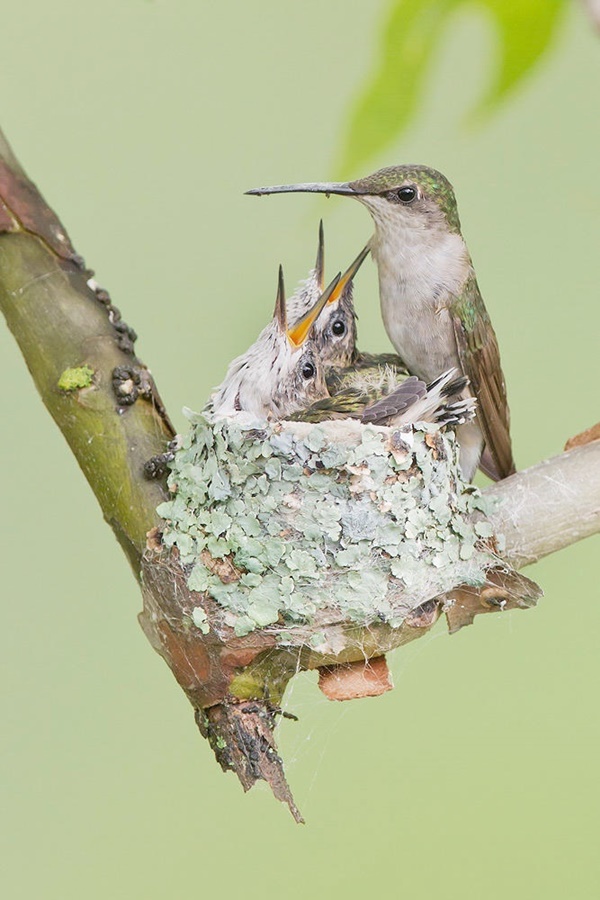 Giant things are so easy to fascinate about. But, have you ever seen how small wonders can trick your mind. Hummingbird bird makes nests which are small enough to be mistakenly taken as knots in trees. Nests with only an inch of the area are also known to exists. Won’t you wonder how someone can live in such a small space? Well, hummingbird does that. They make their nests by spider web and add leaves, feathers, and lichen to it. They even lay 2 coffee bean sized eggs in these nests. So,! Isn’t it? 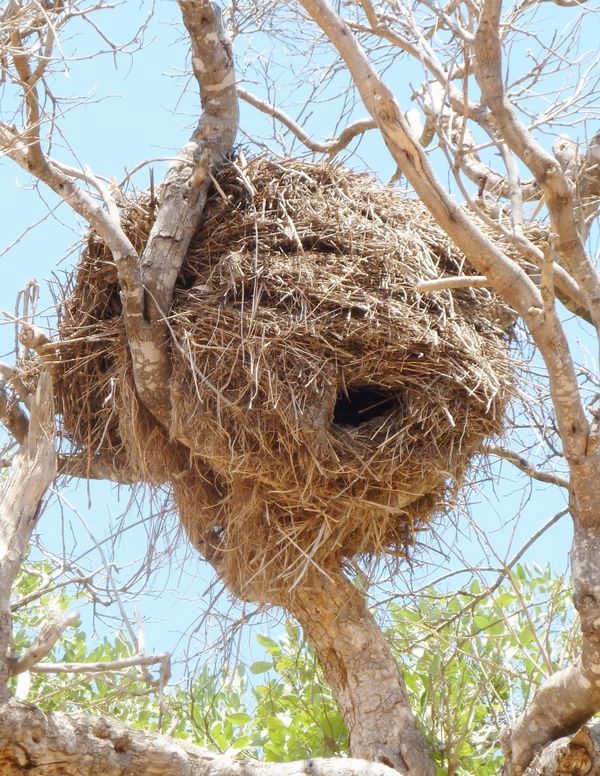 They build huge nests in the fork of the tree with a roof to protect. It appropriately takes 8 weeks and 10,000 twigs to build up these nests. Long time, isn’t it? They’re also lined with mud for waterproofing and insulation. Oh my god! So much of science in a nest.

A lot of thesis and observations have been done on this species, and every time something different comes up just as these Animals And Their Weird Eating Functionality. Eating is one such habit that has been widely explored by a lot of people around. 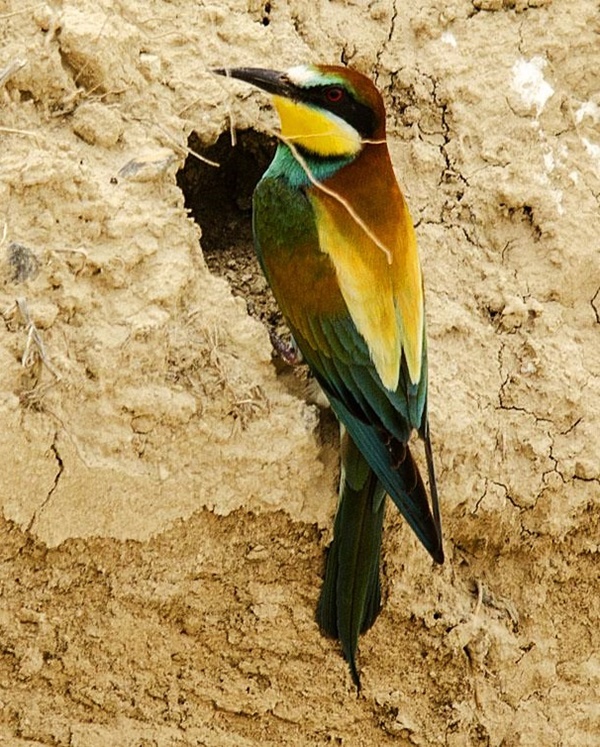 Ever thought of building your house purely in the sand? Well, these birds do so. European Bee Eater digs a hole in the sand near a river embankment and drills using its bill as well as excavating the sand using its feet. They choose the site with the utmost care as the sand has to be soft but safe enough to live in.

It’s the magnificent cheetah that we are discussing and these Informative Facts about Cheetah for Kids are surely going to amaze you.

These nests are surely one of nature’s wonderful creations. These flying architects give us much to learn from. While it is hard to imagine building these complex yet Weird and wonderful Type of Nests of Different Bird Species without hands, these birds do it as if they’re born with a talent to amaze us, humans. So, the next time you see some interesting structures on trees, you know what kind of marvel you’re looking at.