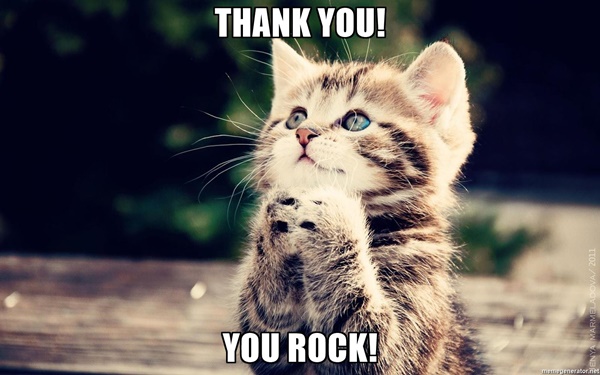 Hey, you ailurophile, feeling bad? Having an abysmal day?! No worries at all! Here we come with a collection of some Funny Pictures of cat memes to Brighten up your day. The cat is a cute little animal that belongs to the mammalian class.  Below are some quick facts about these little mogs. Also, Here we have some Laughable Pictures of House Full of Have a look-

Funny Pictures Of Cat Memes To Brighten Up Your Day

The ramp walk style in the fashion industry has been originated from the catwalk.  The cats walk their back paws step almost exactly in the same place as the front paws did earlier in order to minimize the walking sound when they are eyeing their prey. Similarly, the fashion models are made to walk in the way a cat does to reduce the noise created by the footwear.

Cats are very playful animals. They love to chase toys and play fight. These tiny relatives of the tigers are found wandering around throwing things all over the place. So, the next time you don’t find your belongings intact, you know whom to suspect on!

If you agree with everything said above, then raise your hands and get your pet along while you read the rest of the post. You can do a number of Insanely Funny Pictures Of Pets Wearing Wigs, and dressing them up is definitely one of them. While you agree to this crazy idea, consider making them wear wigs!

Pack it up for a Meow-vacation!!

There are over 500 million cats over the world. As compared to any other place in the world, Rome has the highest number of homeless cats. So, if you want to experience meow-vacation, then Rome is the perfect place to visit!

The tabbies are very self-obsessed creatures. They are mostly found keeping themselves clean by licking away their fur for removing the dirt. But this doesn’t mean that they’ll keep your place clean too. 🙂

The one thing that cats loathe about is the water! The cats tend to dislike water because their fur doesn’t insulate well when it’s wet. Also, take a look at Funny Pictures of Cats being Naughty .

It might be difficult to believe that cats have both good and bad eyesight. Good, because they are able to see clearly in dim light. Bad, as they cannot notice much-varied colours. Cats have powerful night vision, allowing them to see at light levels six times lower than what a human needs in order to see.

The cats have a superpower that allows them to rotate ears 180 degrees. There are as many as 32 muscles that control the outer ear.

According to the Buddhist community, the body of the cat is the temporary resting place of spiritual people.  The Japanese believe that cats possess the superpower to get turned into super spirits when they die.

Cats do tends favour one paw over the other. They way humans does. The tomcats are generally left-pawed while the mollies are right-pawed.

Legends say it all!

There are so many mythological sayings about the cats. Some of them are listed as follows.

These were some interesting facts about these midgets. Hope your mood lightens up by going through these Funny Pictures of cat memes to Brighten up your day. Here we present some Pallas Cat Interesting Facts and Information