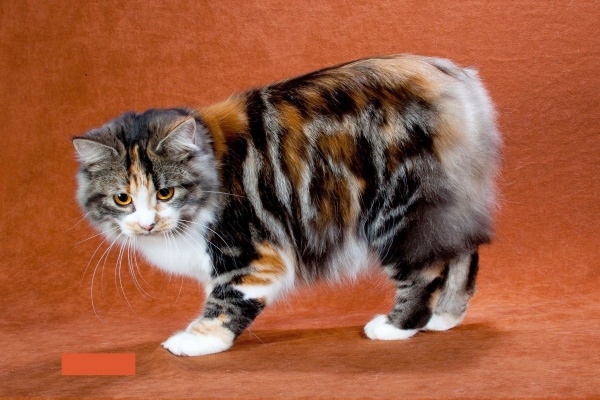 Do you have a pet cat in your life? There are so many cat breeds out there and all of them are special. However, there is something really delightful and special about the Manx cat breed. These cats are known for their adorable tails and they will easily become a big part of your family. This is the only cat breed that is predisposed to being sociable and playing.

In fact, they are highly reactive to surrounding changes and environmental disturbances. That is why, if you are a proud owner of a cat, then it is also your duty to be aware of Cats In Depression Symptoms and Treatment.

Interestingly, Manx cats love to hop when they walk. The upfront legs of this cat breed are short and strong, and the legs at the back are usually longer than the front. Friends! Before you choose to adopt a Manx cat, you must learn everything about them. Make these cats a part of your family, if you can give them a sufficient amount of time, love and attention every day. Further in this post, we provide you little extra Manx cat breeds information and interesting facts for your help. 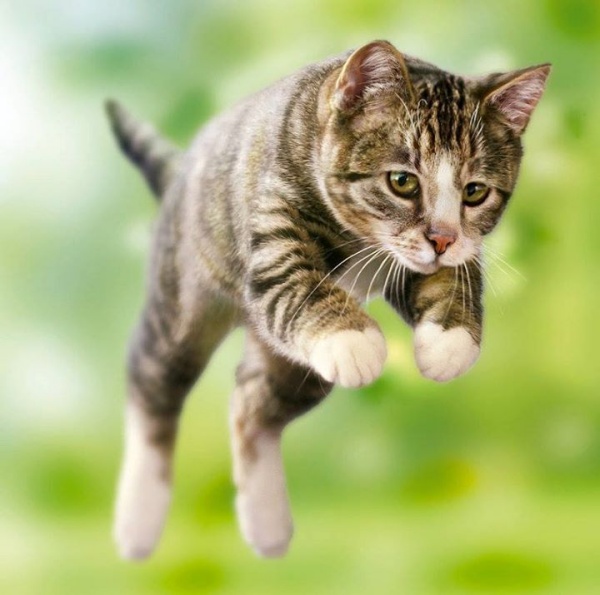 Manx cats have a cute personality, look smart and are extremely loyal to their owners. You’ll definitely fall in love with their melodious meow. These cats love to follow their favorite family member of the house and assist them in whatever thing they do. Plus, Manx cats are quite energetic and great jumpers even though they are short in height. These cats are fierce warriors who can learn new tricks, love to play fetch and willing to walk on a leash if taught early. 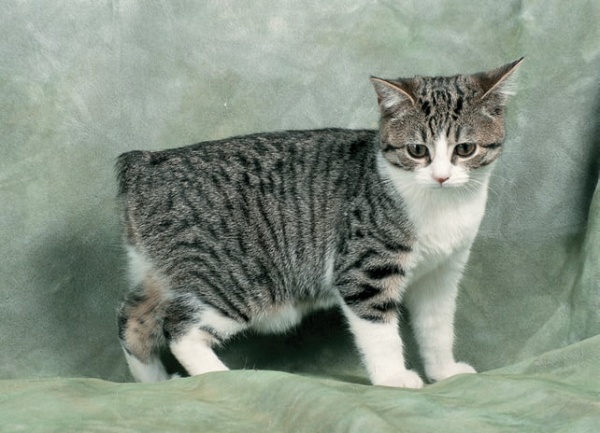 Manx are generally healthy, but there are certain health conditions that the Manx can also suffer from. Some of the health issues are listed below –

Arthritis in the tailbone of cats with partial tails

Corneal Dystrophy – This problem usually occurs when lipids and cholesterol crystals get accumulated in the cornea.

Short and fluffy bodies make them predispose to obesity. 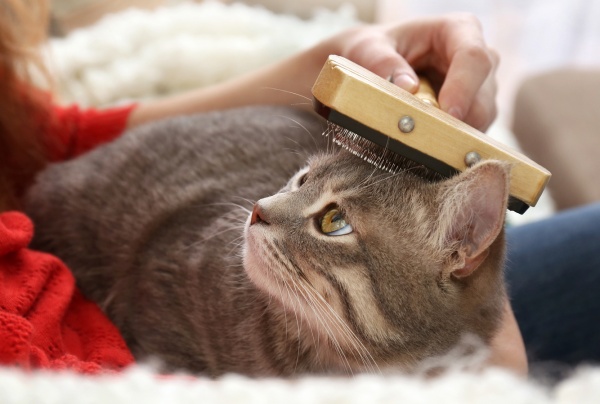 This is an unforgettable Manx cat breed information and interesting fact. The soft coat of the Manx cat breed can be easily taken care of with weekly brushing and combing that helps to remove dead hair and skin oil. As a Manx owner, it becomes extremely important for you to take care of your cat’s nutrition because these cats possess high tendencies towards being overweight. 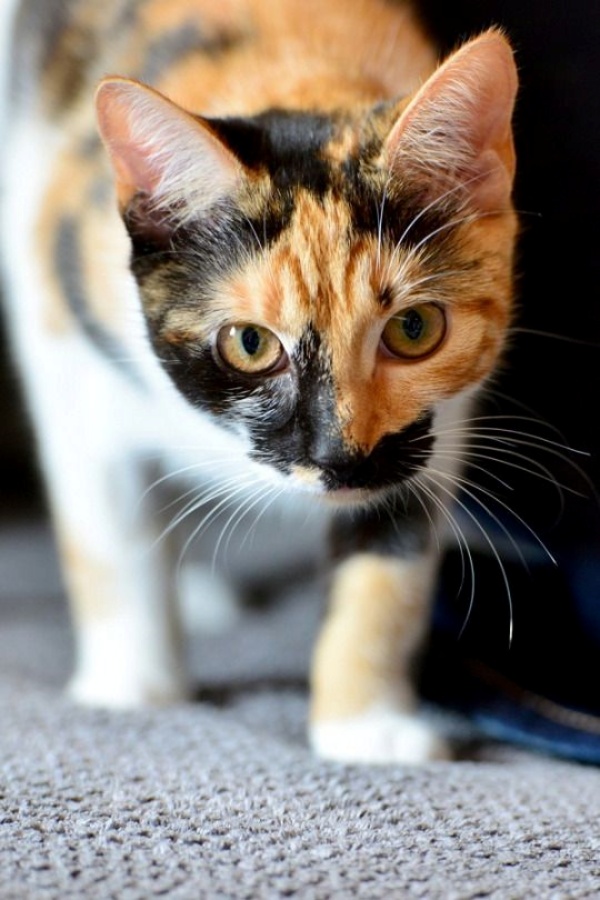 Manx cats come in different shades of colors such as the tortoiseshell, tabby, solid and calico Manx. The other characteristics that distinguish them from others include – round head with large round eyes, a powerful body with a broad chest and long hind legs with muscular thighs. Remember, brushing them daily so that their undercoat doesn’t build up very soon. 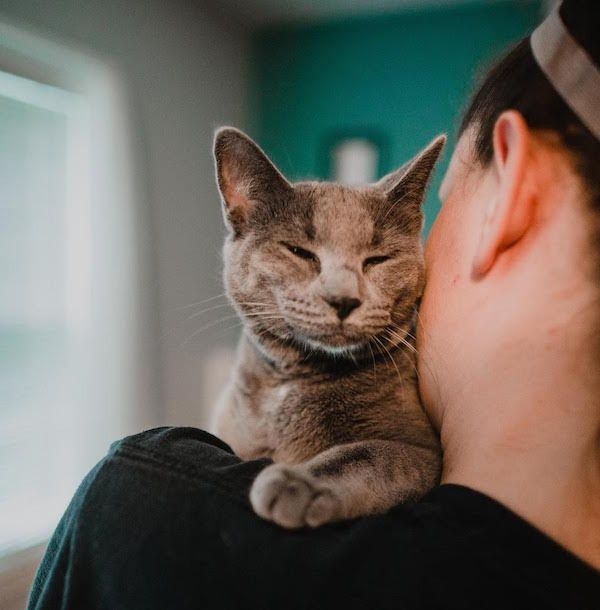 Keep this other important Manx cat breed information and interesting fact always in your mind. These cats are considered brainy cats and are always dedicated to the families in which they live. Plus, these cats are capable of retaining their ancestral hunting skills and alert nature. These cats enjoy meeting new people with a calm attitude.

If you’re new to this breed and eager to learn more about the Manx cats, then we hope you’ll surely enjoy the following Manx cat breed fun facts –

6. Manx cats come in a variety of Shades and Patterns! 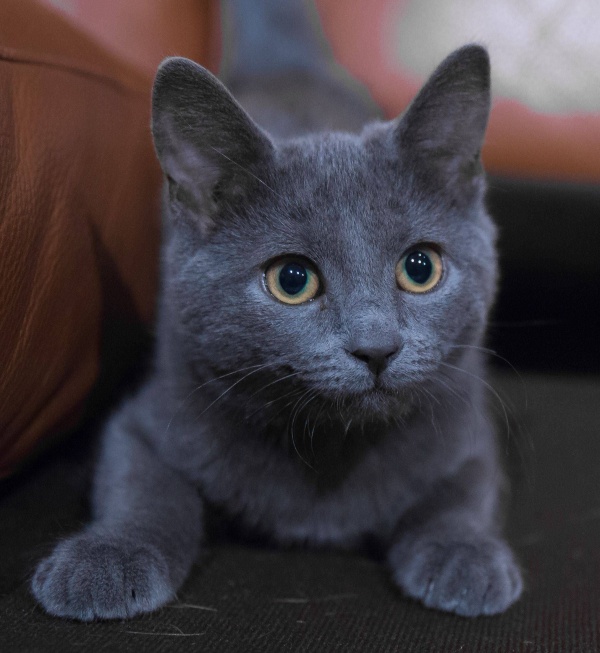 These cats are available in hues ranging from red, black and white to blue, cream and shaded silver. Surprisingly, these cat’s eyes are of gold, green, hazel, silver, and blue color. And, when it comes to patterns – Manx cats can be tabbies, bicolor or look like tortoise shells.

7. Not all Manx are Tailless! 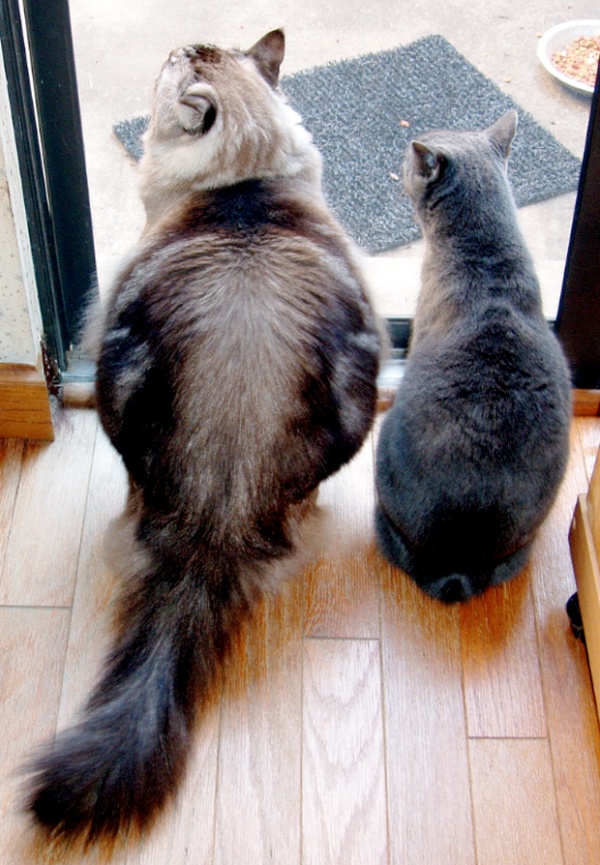 It’s believed that taillessness is the most distinctive characteristic of the Manx kittens. It’s because of the naturally occurring genetic mutation that spreads among the island cats when they mate, making it more notorious due to inbreeding over the course of time.

8. Maxes cat give birth to kittens with or without tails! 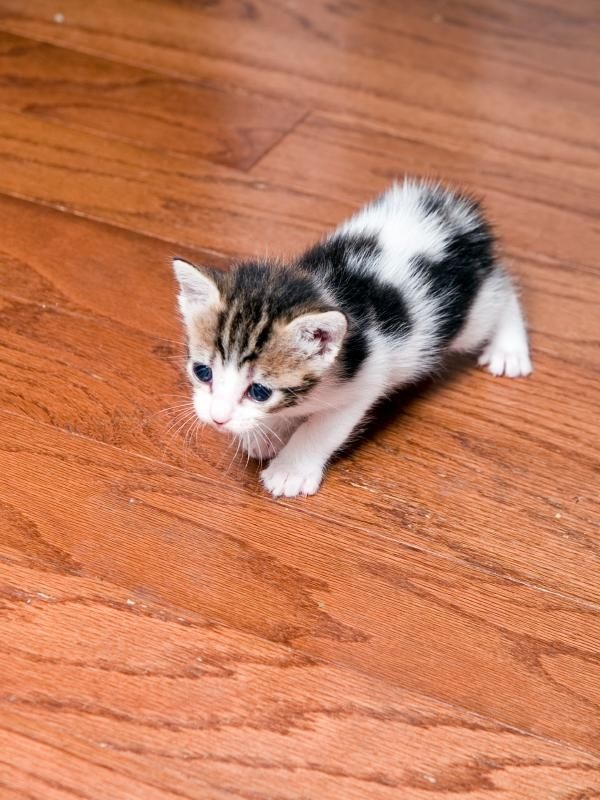 Yes, Manx cats carry one gene for a full tail and one for without tail. This means that two Manx cats can mate and give birth to a kitten that’s a typical long-tailed feline.

Having a cat with you can never make you feel alone! It’s like your family. No need to stick with the whole day to show them love and care, no hassle to make them learn manners, no need to guard them always. They know what HOME feels like and they will come back. They understand unlike dogs or any other pets. There is just nothing extra to contribute to a cat! Also, there are endless scopes of entertainment, just like these Funny Pictures of Cats being Naughty when you have a delightful cat as a companion. No matter what huge mess they create, I can say that you will only end up laughing at them! 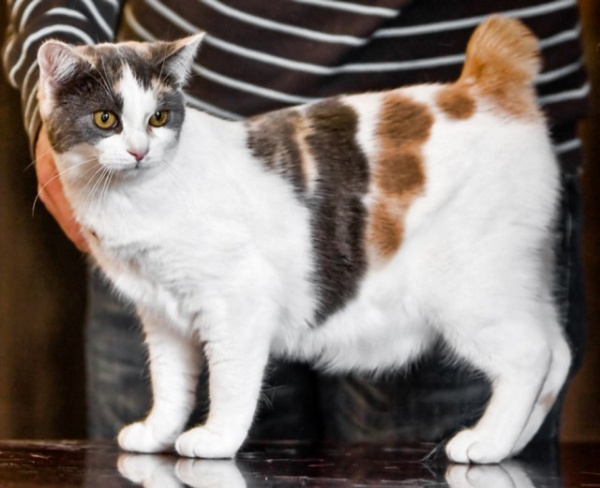 Animal Lovers! If we talk about the late 19th century, Manx cats are among World’s First shoe cats. This is the period when the Cat Fanciers Association (CFA) – the world’s largest registry of pedigreed cats was formed.

10. The Manx cats are known for their round shape! 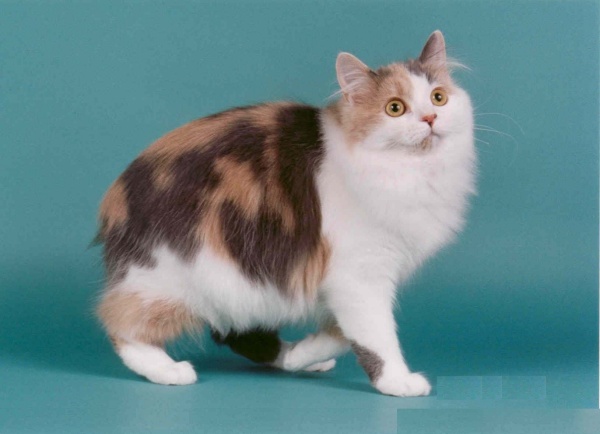 When we talk about, Manx cat breed information and interesting fact – it’s the Manx all over roundness that makes such cats identifiable because of their tail. These cats have a round face, large ears with round tips, big eyes, short front legs, and long hind legs. 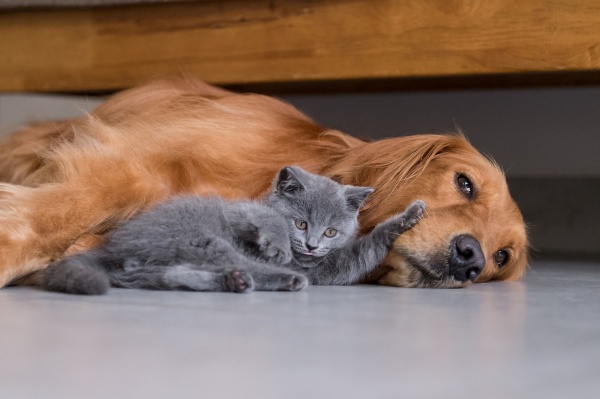 Like other cat breeds, Manx cats are popular for their dog-like personalities. They enjoy playing fetch, act as a watchdog, love to play with other dogs and seem to be very intelligent. Some cat owners are happy to observe and share that their Manx cats have even learned to open the doors.

We know that you must have known this for a while since you own a cat that they are very moody pets. There will be times when they are super lovey-dovey with you and at times too mean to handle. However, one thing that they love the most and would do more often than anything else is cuddling with you in your bed. But, do you know why? No? Okay, we have five Reasons Why My Cat Loves To Sleep On Me! 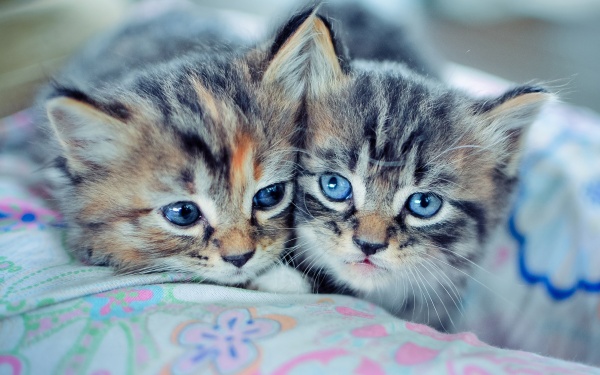 Undoubtedly, we can say that Manx is an extremely sociable breed, who loves to meet other kittens, rubbing his cheek against them to give them comfort or gifting them with a head butt. 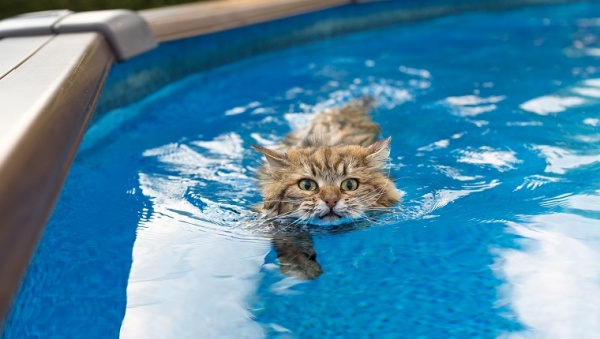 Manx cats go gaga over water play. Don’t be surprised, when you see them fishing in fountains or playing in the sink. They use their paws for a variety of things such as – opening cabinets and doors to turning on faucets.

Tuxedo cats are the ones who have black and white colors of fur on their chest. If you think they are different from the normal cats, then well hold on to that thought, as today, we are going to talk to you about these Attractive black and white cat Pictures.

At last, we can just say Manx cats are lovable, playful, loyal and truly dedicated to the people they see as theirs.