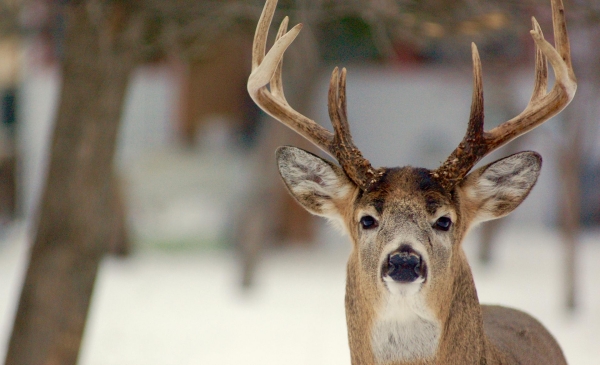 Do you love hunting deer? Are you amazed at the magnificence of deer’s? Well, studying animal behavior and language is a fascinating subject. But as hunters, if you’re excited to learn about the different signs of deer communication, then you have landed at the right place. Whitetails live in groups. Basically, they are categorized into two groups – dominant and subordinate deer groups. The first, dominant group – a deer walk with their heads held high, tails slightly lifted and erect their body hair to appear darker. The second, subordinate group – a deer walk with slightly hutched backs. They have the ability to tuck their tails and suppress their body hair.

Usually, all deer species have the similar methods to communicate amongst themselves. There’s no substitute to predict a deer’s next move. But, it’s interesting to note that – deer use their whole body to communicate such as – eyes, ears, nose, hair and tail.

Whether use to pass-on information, to express moods or to identify family members, recognizing and understanding these deer signs seems to be a great advantage during the hunting season. Here are few easy ways to understand how body language of a deer speak for itself –

How Body Language of a Deer Speak For itself

1.The Fore Head Gland
This method of deer communication is related with the saliva. During the mating season a deer will mouth branches to leave a trace of saliva and mark their territory. 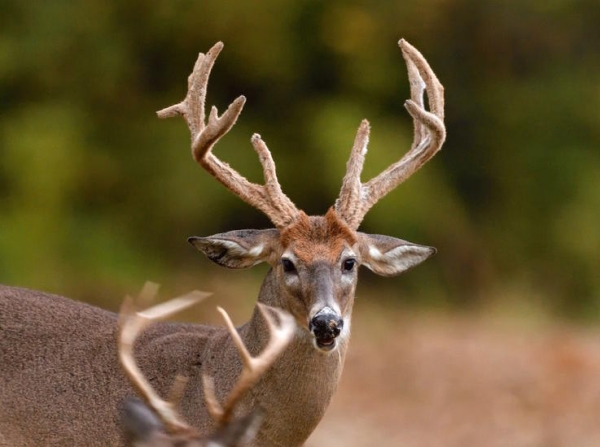 The ear dropping of deer indicates low form of aggressive behavior and is very frequently used. Mostly, this is the first posture – a deer will make when not comfortable with the presence of the other deer.

3.Foot Strike
The dominant male deer picks up its front foot and attempts to put it down on the other’s neck or back. The forefoot does not necessarily come into contact. A deer will use its nose, eyes and ears to identify the source of alarm. 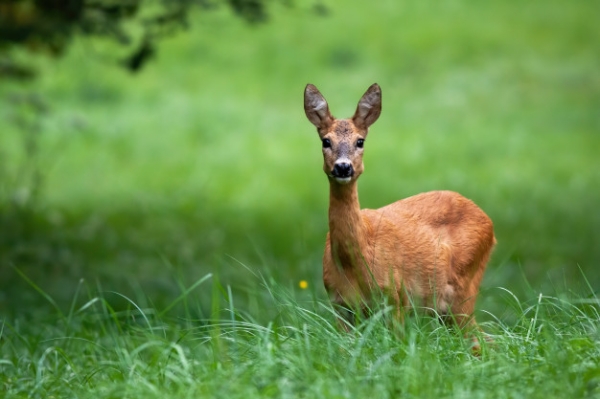 When studying about deer body signs and their meanings, this is the most important step to keep into consideration. Deer try hard to rotate their eyes listening both in front and back, especially when bedded. Even, if a deer is quite far from you – try to silence your movements and gear as much as possible. 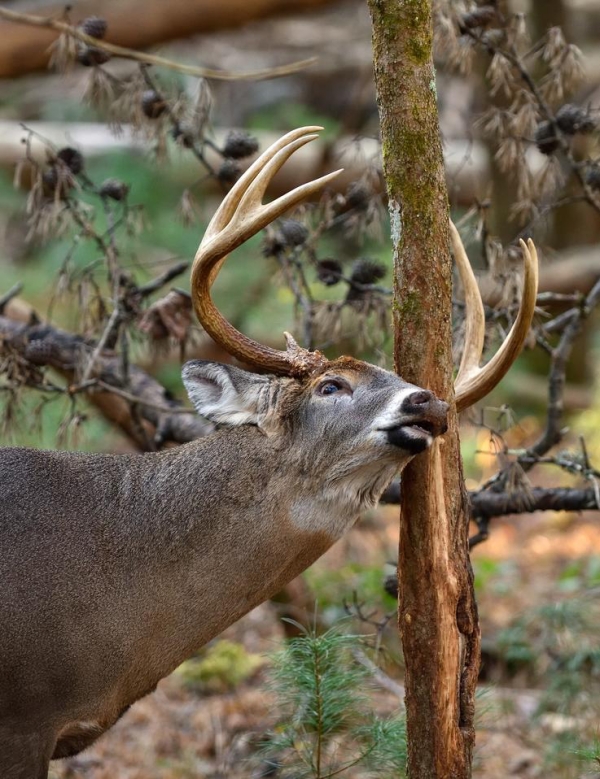 This communication method indicates a high degree of alarm. Here, a deer will give signal to other deer in the area that danger is nearby. For this, the deer’s line of sight is used to identify the signal of its alarm.

6.Sidling Posture
Before engaging in a fighting match, the two deer’s will stand at each other’s side as an expression of aggression. They will keep turning their heads to look back over their shoulder. A buck usually turns his head and body approximately 30 degrees up from his opponent. 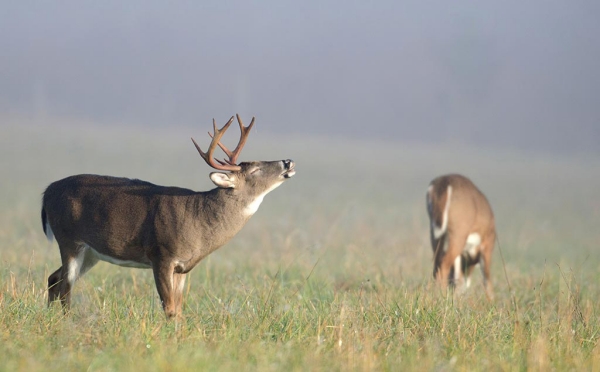 This language sign is used by deer to alert other deer from danger. When blowing, deer exhale out air through the nostrils and when the deer turns to get bound, it makes single loud snorts.

8.Rubs and Rub Lines
Honestly, no other sign tends to excite hunters more than the sight of a large-diameter tree. Both young and mature deer will rub trees of different sizes, unless velvet starts hanging from it. Although we have no clue whether this sign serves as a sign of communication with other deer or is made to shed velvet. 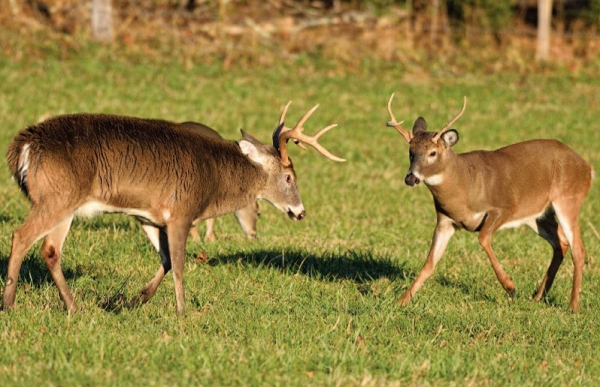 One deer lower its head and points its antlers directly towards its rival, giving a signal with an intention to charge. If the opponent responds with an antler threat, sparring or antler rush emerges.

10.Sparring
This language sign usually begins with slow dance. The deer’s will lower their heads using an antler point and they will then use their neck muscles to twist heads to show that they are superior from other animals. Most sparring stops when breeding begins.

11.Flailing
This happens when two deer stand on their back legs and throw fake punches at each other. It’s because physical contact is not their goal, in fact body language is on top priority. Now, we hope it’s easy for you to understand that how body language of a deer speak for itself.

12.Danger signals
A combination of body language and sound comes into effect when danger threatens deer. When a deer is disturbed and unable to identify danger the animal stamps its front feet. Later, the deer may also snort along with the stamping. The last step is the uplifted tail when the deer wants to protect themselves. 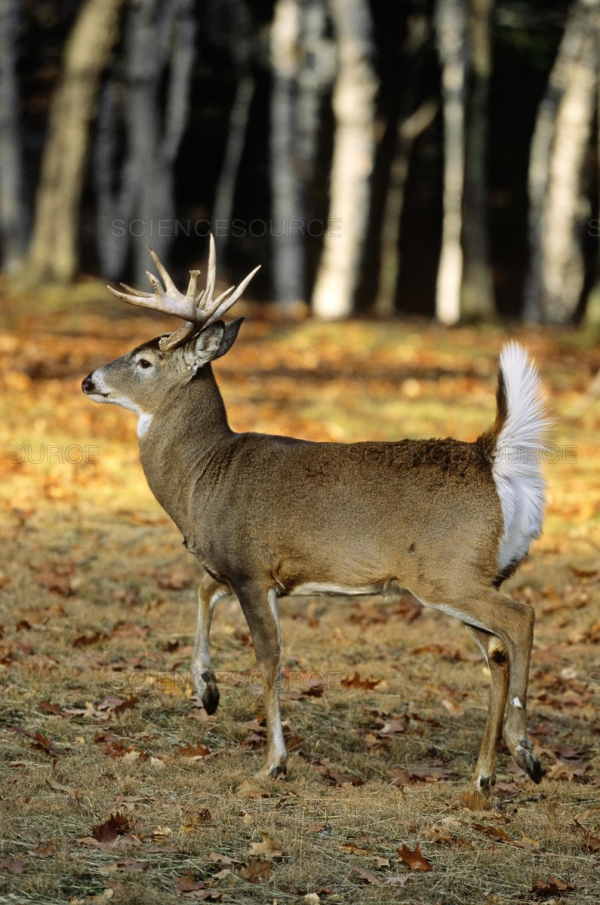 When discussing about deer body signs and their meanings, how can we forget to mention about tail flag? Tail flag is used when a deer is running from danger. The tail is helpful in keeping a group of deer together when fleeing. And, when the deer wants to sneak, the tail is moved down.

14.Deer Tarsal Glands
You will found tarsal gland on the inside of the deer’s back legs. When this gland is flared, it releases a scent to communicate to other deer the sexual readiness and normal physical condition of the animal.

Whether you love observing deer in their habitat or trying to understand the sign they leave behind, we’ve tried to explain you how body language of a deer speak for itself from all aspects in this post. So, go ahead and good hunting to you all!!!