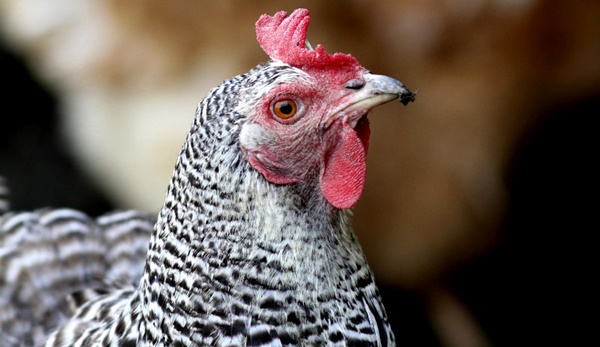 The poultry industry is one of the most established yet growing industries across the world. Poultry basically refers to the breeding of chickens and other birds for two things- one is the eggs and the other is the meat. Broilers are farmed in large numbers as they stand for quality meat. But with every business, there comes a list of problems we are unaware of. One of the adversities in poultry farming is the sudden death syndrome that occurs in chicken. Sudden death refers to the death of a particular chicken or any group of chickens without any apparent cause at the time. Later, the cause of death may be established by necropsy. Below listed are the basic and Main Causes of Sudden Death in Chickens, they may be accompanied with constitutional symptoms such as lethargy, loss of appetite, diarrhea etc. 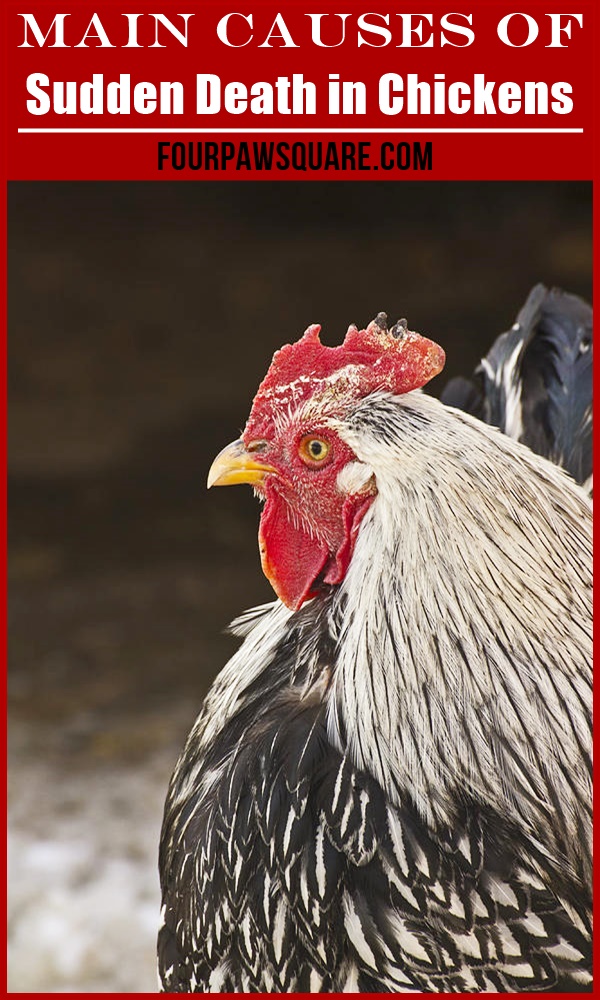 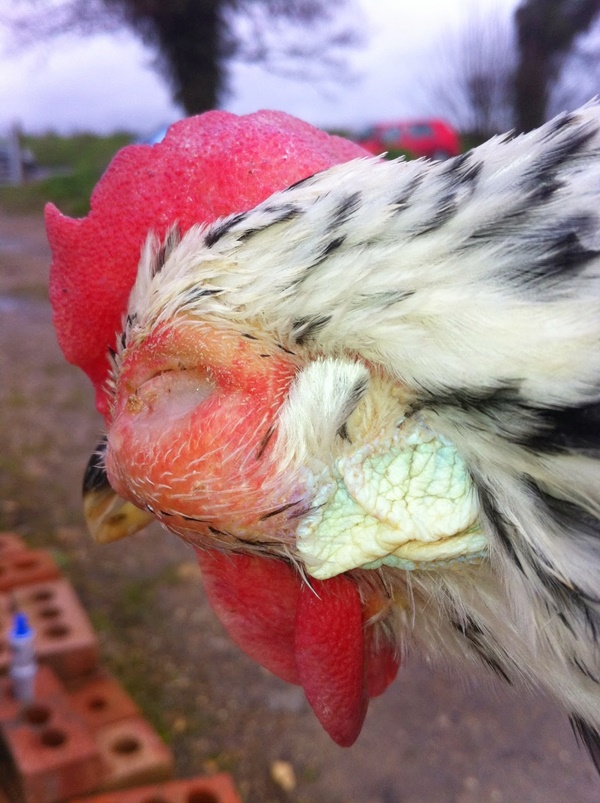 This is a bacterial infection and one of the Main Causes of Sudden Death in Chickens that may prove fatal in about 75% cases.

SIGNS AND SYMPTOMS – It attacks the respiratory system of the chickens. The earliest signs and symptoms include sneezing and swelling sinuses but since this is a rapidly progressive disease, it may be difficult to catch it in the initial stages.

TREATMENT – Prevention can be done by maintaining hygienic conditions. 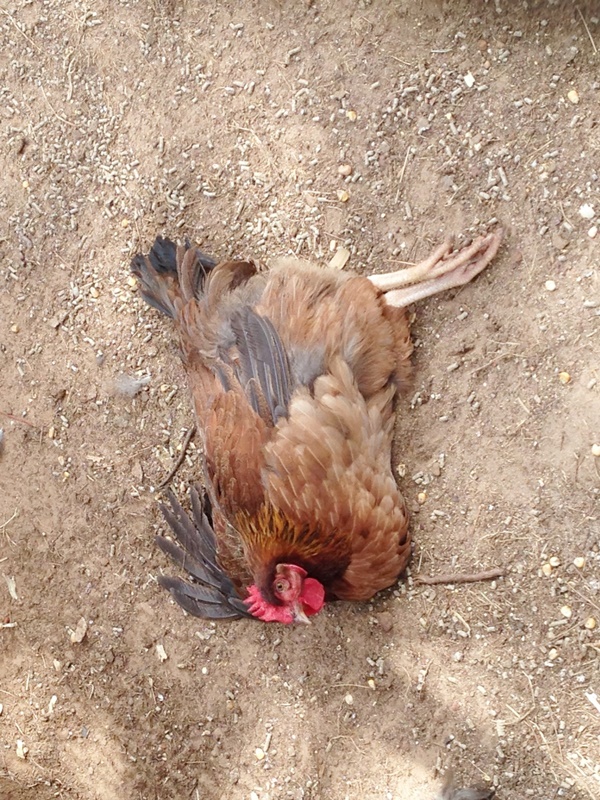 This is also a bacterial infection caused by Erysipelothrix rhusiopathiae.

SIGNS AND SYMPTOMS – There are various forms of this disease like urticarial and neural but the most common is septicemic and since it infects the blood, there is a very high chance of sudden death occurring in the poultry. 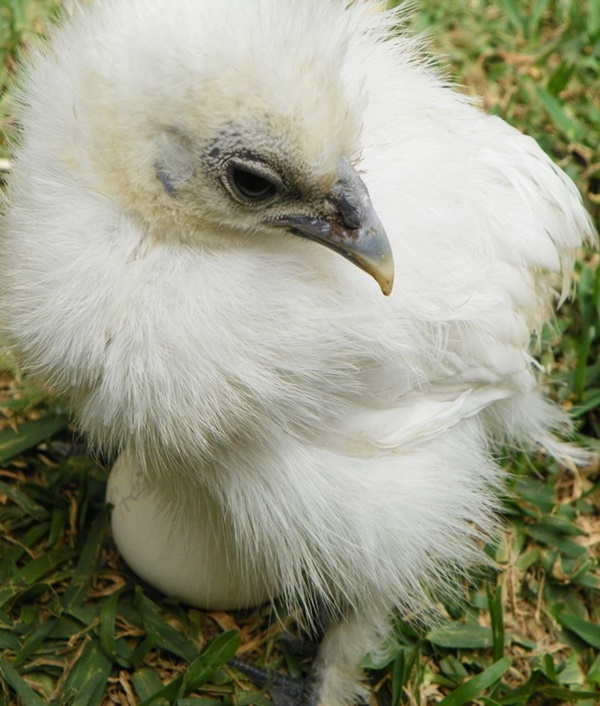 This is a protozoan infection that is spread through the feces of the chicken.

SIGNS AND SYMPTOMS – It is characterized by enteritis and bloody diarrhea. The signs and symptoms that should be kept in mind are bloody feces, ruffled feathers, reduced head size and also somnolence.
TREATMENT – The prevention of this is by keeping the chickens and their pens clean and maintaining basic health and hygiene around the animals. 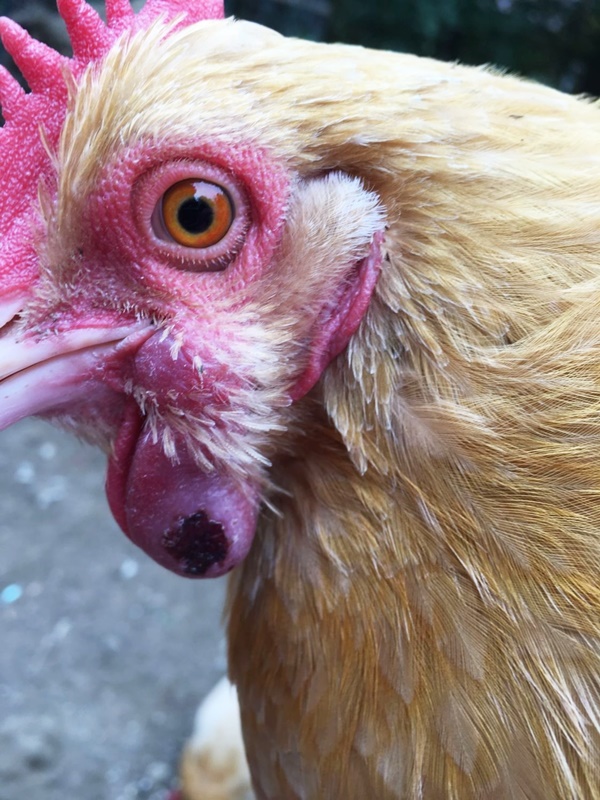 SIGNS AND SYMPTOMS – Dejection, anorexia, ruffled feathers, swollen joints and discharge from oral and nasal sites characterize this infection. The spread occurs through two intermediate hosts- sparrows and rats thus, special care should be taken around the chickens to eliminate these animals.

TREATMENT – The chickens can be vaccinated against this yet other Main Causes of Sudden Death in Chickens. 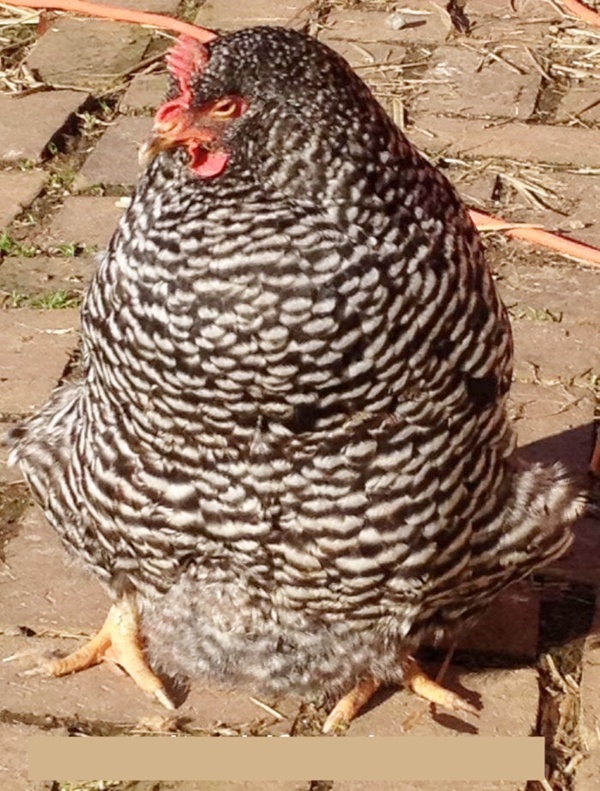 Being egg bound means that your chicken cannot lay eggs and this is recognized by the presence of certain symptoms. They have decreased appetite, lethargic, ruffled feathers, shaky wings etc. But the most distinct feature is that the chicken walks like a penguin, it periodically stops and squats. Also, abdominal straining can be seen in some. Being egg bound makes the chicken very weak that ultimately leads to the death of the chicken. 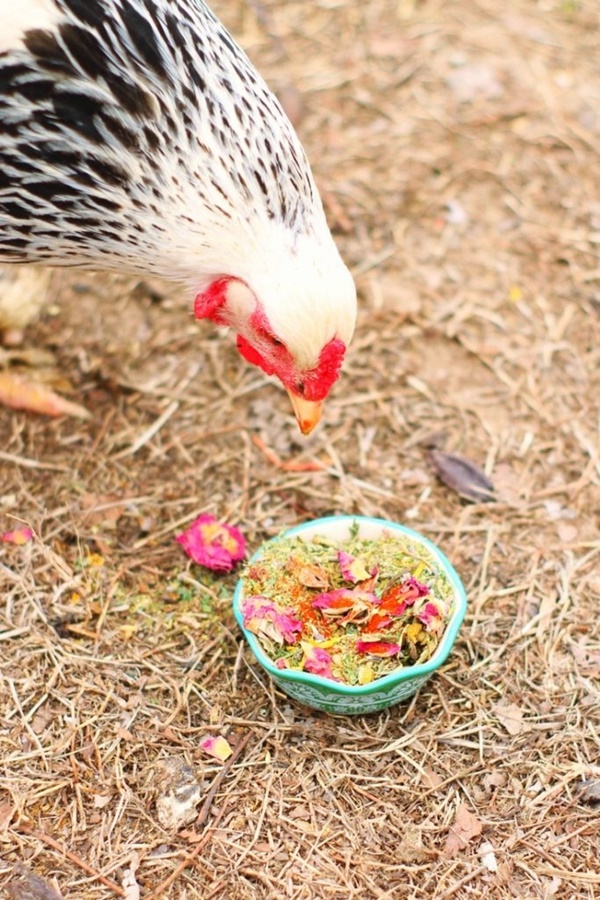 Various toxins such as the regular organophosphates, insecticides, and pesticides used in the nearby farms if any may accidentally poison chickens. There are certain foods that are absolutely contraindicated in chickens, for example, avocado peels or pulp, chocolate, skin of the potatoes, any citrus fruits, dry beans (various types of dals, kidney beans, French beans etc.), all kinds of junk food that may contain high levels of cholesterol and rotten food of all kinds. These foods, if consumed, cause innumerable problems in the chicken and may be fatal at the very end.

TREATMENT – Once infected, the chicken should be isolated from the other mates. 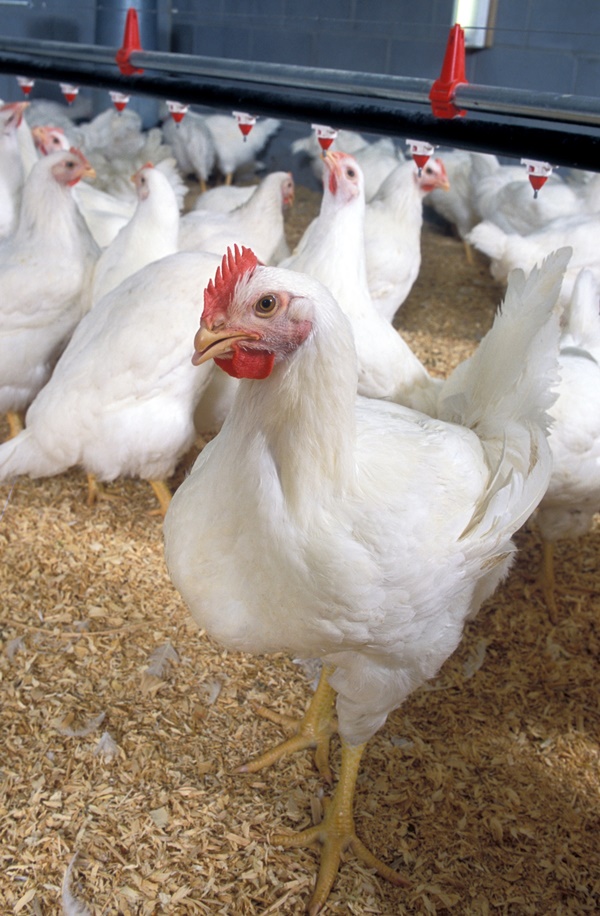 Since poultry farming is a rapidly growing business, a large number of chickens are kept in the same space. In this process, some chickens may be trampled by others that may result in the death of the chicken without any pathological cause. 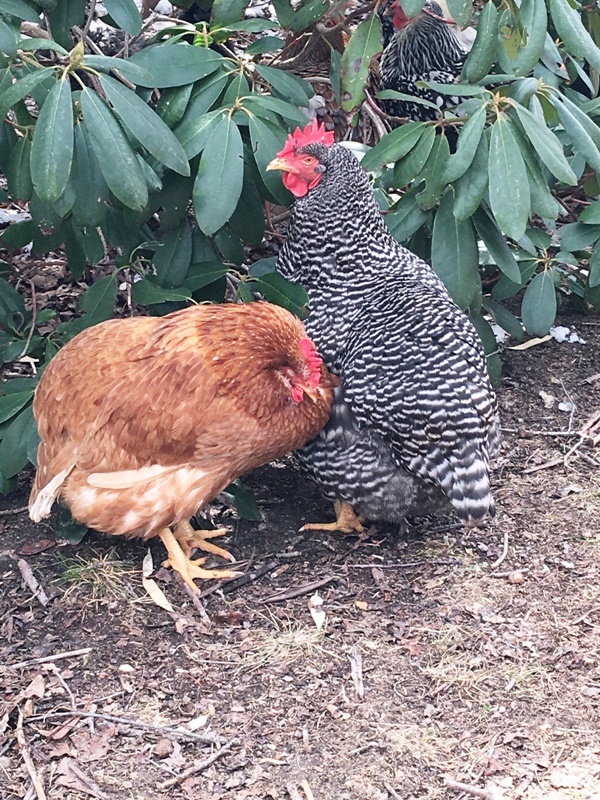 Chickens can be greatly affected by the rise and fall in temperatures making this yet other Main Causes of Sudden Death in Chickens.

SIGNS AND SYMPTOMS – When the rise in temperature occurs, sudden death may occur due to heat dehydration progressing to heat exhaustion. This may be accompanied by lethargy along with excessive drinking which causes the other gastrointestinal problems. When the opposite happens i.e. when the temperature falls, the sudden death progresses through chilling and pneumonia. Chilling causes a fall in the body temperature of the chicken which reduces the rate of metabolism thus, decreasing the heart rate and the respiratory rate of the chicken which results in the death of the bird.

TREATMENT – When affected the body temperature of the birds should be restored to normal.

Here we have some Beagle Dog Breeds Information and Facts.
Impacted crop- 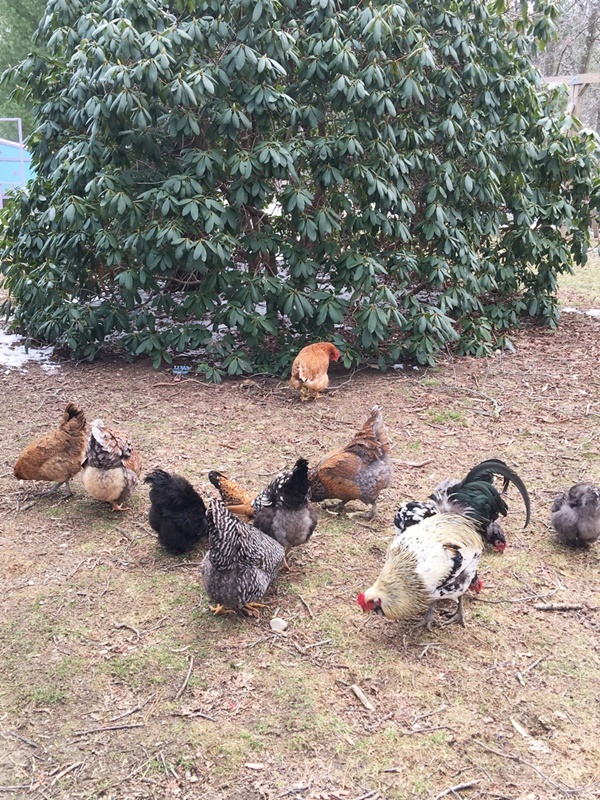 Most of the time poultry farming is done alongside agriculture. Thus, the hay and grains are used to nourish the chicken as well. The problem arises when these crops are infected with certain bacteria, parasites, fungi etc. when consumed by the chicken these crops cause a secondary infection in the chicken proving to be fatal yet again.

SIGNS AND SYMPTOMS – Infection occurs which may prove fatal.

TREATMENT – Proper feeding must be done and care should be taken about the infectivity of the crop. 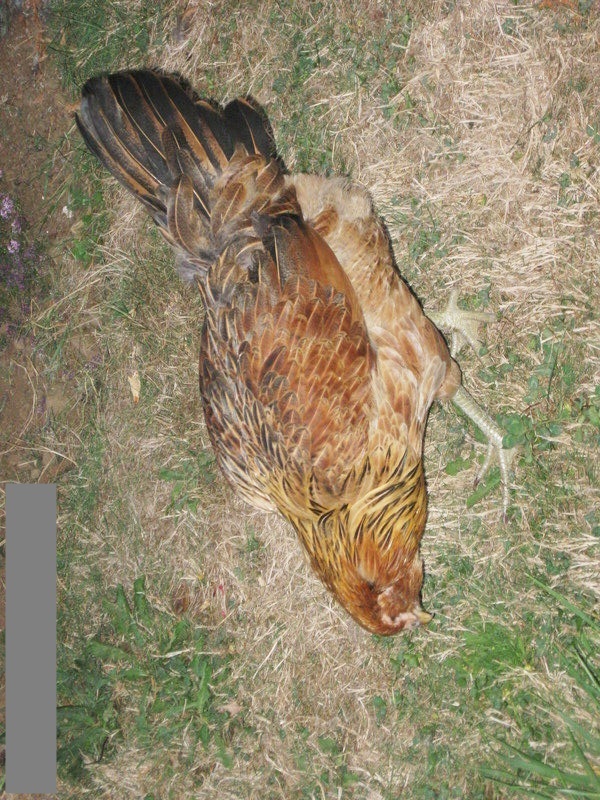 SIGNS AND SYMPTOMS – Microscopically, predisposed lesions on the cardiac muscles are observed which confirm the diagnosis after necropsy.

TREATMENT – Heart attack can be prevented by a number of ways, for example, by reserving larger spaces for the chicken so as to allow movement and also taking care of the diet of the birds in order to control the weight.

Let us go through the list to know about different animals and explore the unique structure and Hilarious Pictures of African Animals with Horns. 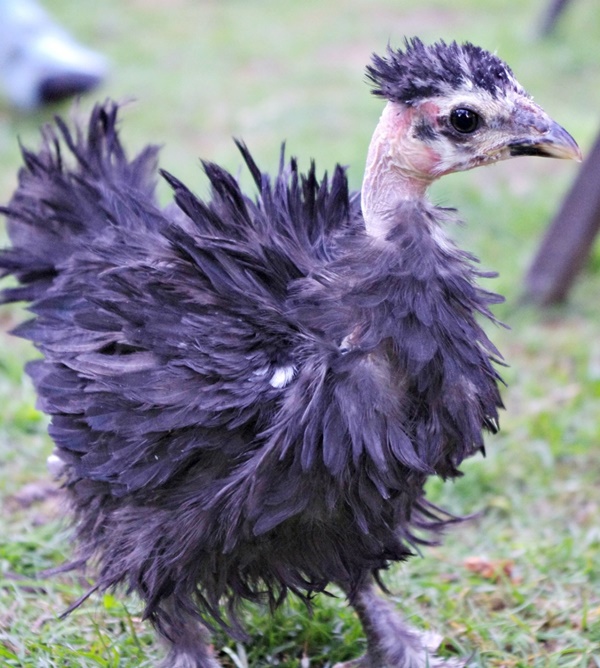 This is a very important cause of sudden chicken death in large poultry farms.

SIGNS AND SYMPTOMS – It is characterized by typical symptoms which include vision impairment with a change in eye color showing a grey iris or irregular pupil. Skin texture changes around the feather follicles, often appearing raised and bumpy. Lameness and leg weakness without any visible signs of swelling or heat within the limb, partial and progressive paralysis of the limbs is a typical symptom. This is a nervous disorder and thus, the fatality rate of the same is very high.

To give you an insight into some pretty relatable times with your dog we have compiled together someMood Changing Comics For Dog Owners that will surely bring a smile to your face.

There are a vast variety of reasons that exist when it comes to Main Causes of Sudden Death in Chickens, it is advised to take proper care and maintain the utmost level of hygiene as these may also be carriers for various diseases. To avoid fatalities, care should be taken.