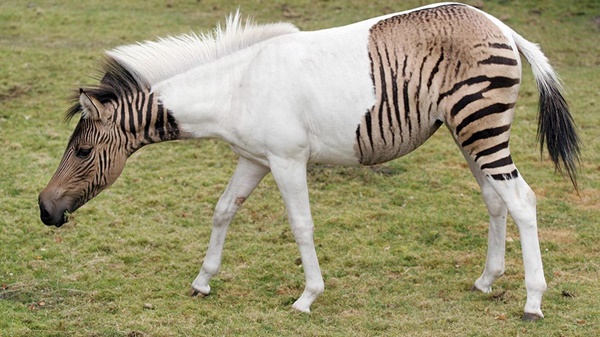 The beginning of cross-breeding begun with plants as the main area of experiments. Slowly, when the success rate grew, scientists became more curious to understand if this cross-breeding theory holds good only with plants, or are they successful with animals too.

The Father of animal breeding is Professor Hacker, who was also a well-known professor of Dairy Husbandry. That’s how the cross-breeding amongst animals began that gave birth to Crossbreed Animals you didn’t know really existed. Way back in 1725, the credit can go to Sir Robert Bakewell – how actually introduced this whole concept and also kept accurate records of the breeding in order to track the observations. The very first crossbreed that was developed out of these experiments was the New Leicester Sheep that was a result of the Old Lincolnshire Breed.

In scientific terms, animal breeding or crossbreeding is the process of selective mating. This mating began by making it happen under artificial situations and environments. The animals are chosen based on the desirable genetic traits that are required in the crossbred animal. It could be done either to enhance the existing traits of an animal or to develop a new breed with some specific requirements of traits.

While this began as an experimental process, today, we have tons of crossbred animals among the livestock. Here is a long list of cross breed animals you didn’t know really existed…

Also known as Cattalo – a cross breed of cows and buffalos. You will be shocked to know that this crossbreed actually began as an accident. People saw this way back in 1749, and then after that, experts started creating this cross breed to combine the characteristics of the buffalo and cows, to have high quality of meat.

Guess from the name? Yes, you’re right – a cross breed of tiger and lion is this new Crossbreed Animals you didn’t know really existed. However, this breed is developed out of Male lions and Female tigresses. This is a deadly combination, as it is observed that this breed grows too quick and they grow in large sizes. This breed is known to be the biggest amongst all cats.

Easy guess, right? This is a cross breed of a zebra and a donkey. Wondering how this is possible? Well, sciences have advanced.  Usually, this crossbreed is done to combine the hard-working nature of a donkey, and the good looks of a zebra. The most common appearance of this breed is that the upper body looks like a donkey, but the body structure is that of a zebra – specially the legs have and the stomach part has the stripes.

Another breed of lions and tigers combined is the Tigon. This one comes from cross mating of Male tigers and Female lions. A look at this animal and you will be totally confused as to which one of the two it is – because out of all the crossbreeds, this one resembles both the animals equally. The Tigons are known to be the most fearless predators, as they combine two of the strongest animals – tigers and lions.

Also known as the Leopard, this animal is a result of cross-breeding of Lioness (female lion) and a Leopard (male). This animal is quite interesting to look at, because it gets the mane of the lioness, and has the unique spots of a leopard. This breed is found more in areas in and around Kenya, Ethiopia and Uganda. They have inherent skills of both the animals, and hence they are known to be amazing at hunting and surviving in tough environments.

Here we present some Majestic Pictures of Lion and Lioness at Their Best. Have a look-

Woohoo! Is what you get as soon as you see this name, right? *wink* well! This is a cross breed of the Bottlenose Dolphin and the False Killer Whales. Both of these are species of dolphins and whales. Technically, both are from the oceanic dolphin species, but they have distinct characteristics, and that is why they are chosen from Crossbreed Animals you didn’t know really existed.

Goats and sheep’s when crossbred come up to this unique cross-breeding animal called the Geep. One look at this breed, and you cannot control yourself from going ‘awww’ because they have the characteristics of both the animals, and thus are quite adorable.

When the Zebra and Horse are made to mate with each other, that’s when we get a new hybrid called the zorse. When these animals are made to cross breed, the result is quite unsure -as to how the crossbred animal will look like. A lot of times, they resemble the horse, while the other times they resemble the zebra more. Horses can be domesticated while zebras cannot, thus some zorses can be quite friendly and others may not be.

Also called the pizzly bear, this crossbreed animal is a result of polar bears and brown bears mating for a long period of time. This breed was found since a long time, but it was only in 2006, that the breed was officially confirmed after DNA tests. They are more like polar bears only, just that they are stout and short like the brown bears.

The zebra, when bred with any other Equine animal, results in this breed of animals. Darwin, a state in the Northern Territory of Australia is home to this breed, who is difficult to tame and domesticate. They are quite aggressive in nature as well.

All living beings have specific characteristics that they possess and evolve with time to survive on this planet and this differentiation is one of it. In scientific terms, this process is called thermoregulation and to know more about it check out these Difference Between the Cold-blooded and Warm Blooded Animals.

I am sure some of these could never been imagined right? Well, while everything is advancing, why not the animals and their offsprings. Imagine, with these Crossbreed Animals you didn’t know really existed, what would the future of the animal kingdom look like? Some deadly combinations of strength and mind, while some combinations of pace looks.