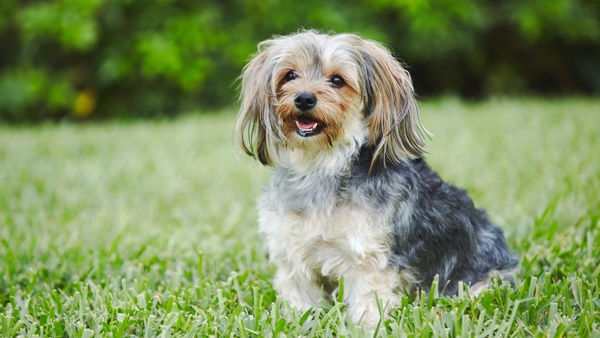 While taking you mutt out for a walk, were you bombarded with questions about its breed by little kids or other dog lovers? Or, have you ever looked at your friend’s mutt while you were out there with yours, and wondered about its breed? Well, then you have dug out the right article from the Internet! Mutts are basically hybrids or you can also call them as a crossbreed between two purebreds or one mutt and one purebred. Knowing your mutt’s breed is essential so that you can provide them with what is necessary nutrition for their health and growth. It also helps in knowing your mutts temperament, needs, and other mandates. However, it is not easy to know their roots if you did not plan to have your mutt and just adopted it. So here we are with 10 steps to understanding How to Identify Mutt Dog Breed.

A tail can tell a thousand tales… just kidding, but for sure you can identify a dog’s breed by it. Have a look at how can Dog Tail Indicates Breed: what is your dog tail Shape and we are sure you will learn it by the time you finish reading this article. 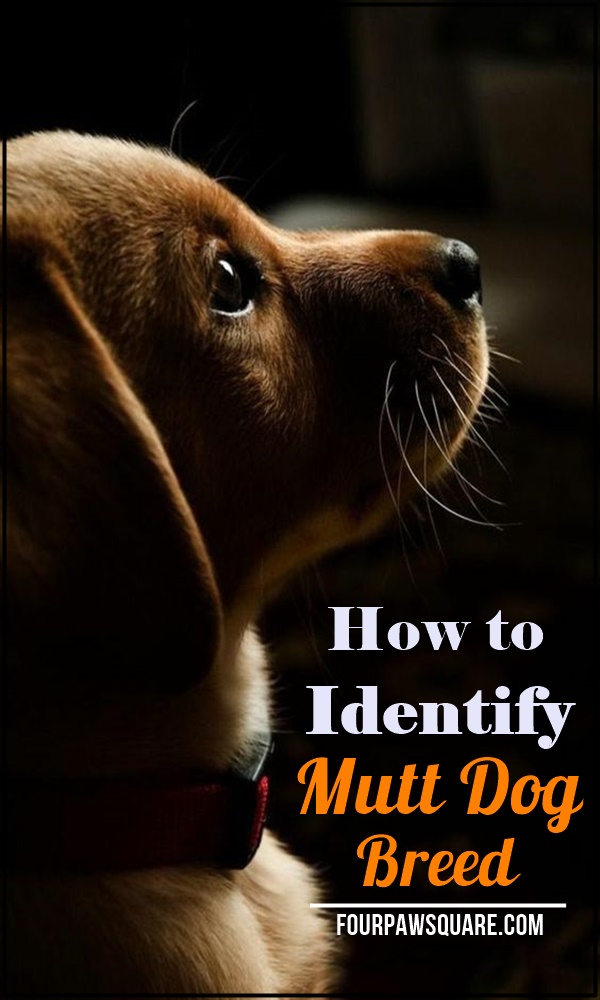 Check Out its Ears 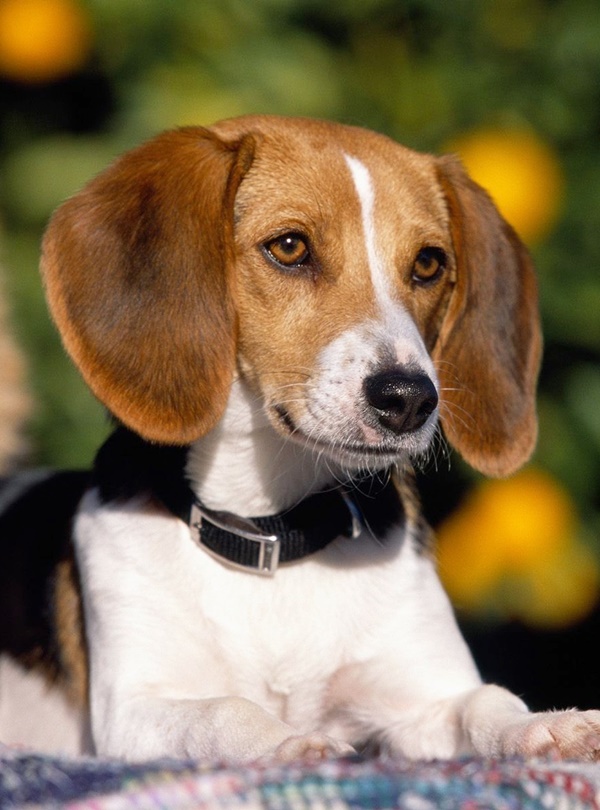 Different dogs have different shaped ears and although it may not tell you the complete history of its roots, it is enough to determine roughly, which purebred was one of its parents.
If your dog has
Floppy Ears, there is a high probability that the dog belongs to a hound group such as beagle, foxhound, bloodhound, dachshund etc.
Cocked ears, where the upper part of the erect ear slightly folded, then there are chances that the mutt has collies or sheepdog as its parent.
Erect ears, which do not fold, then the dog could be a descendant of a German shepherd, husky or some terrier.

Have a Close Look at its Tail 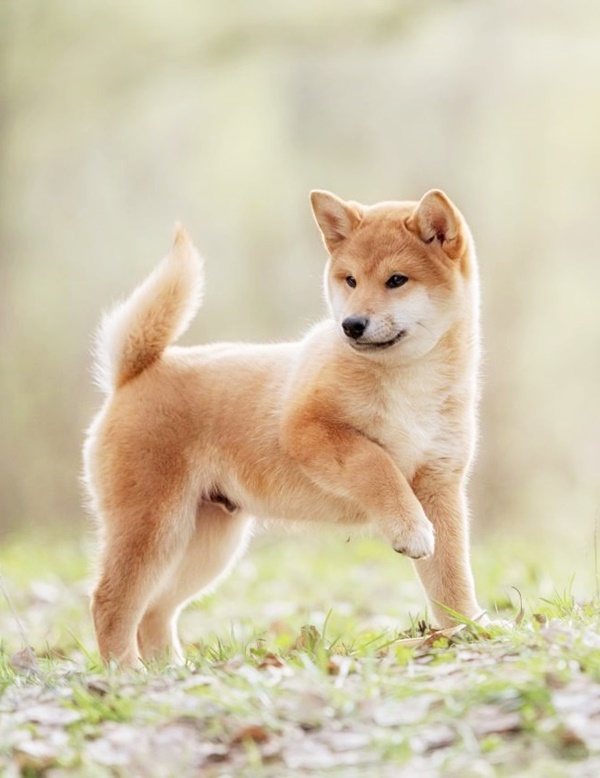 As we often say, a tail tells many tales and surely it would guide you into the origins of the mutt. Observe the size, shape, and bend of the tail to know its origins.
If the mutt has
Carrot tail, then it may have Westland high terrier as one of its parents breed
Tufted tail, then it has a poodle or afghan hound as its ancestor
Sword tail, then one of its originators is a Great Dane, Greater Swiss Mountain Dogs or American Staffordshire Terriers
Bob tail, then Pembroke welsh corgi or Australian shepherd is one of the producers
Curled tail, then it belongs to a group of Siberian Husky, Shiba Inu, American Eskimo Dog or Akita.
Swimmer tail, then it has Labrador or golden retriever as its parents. 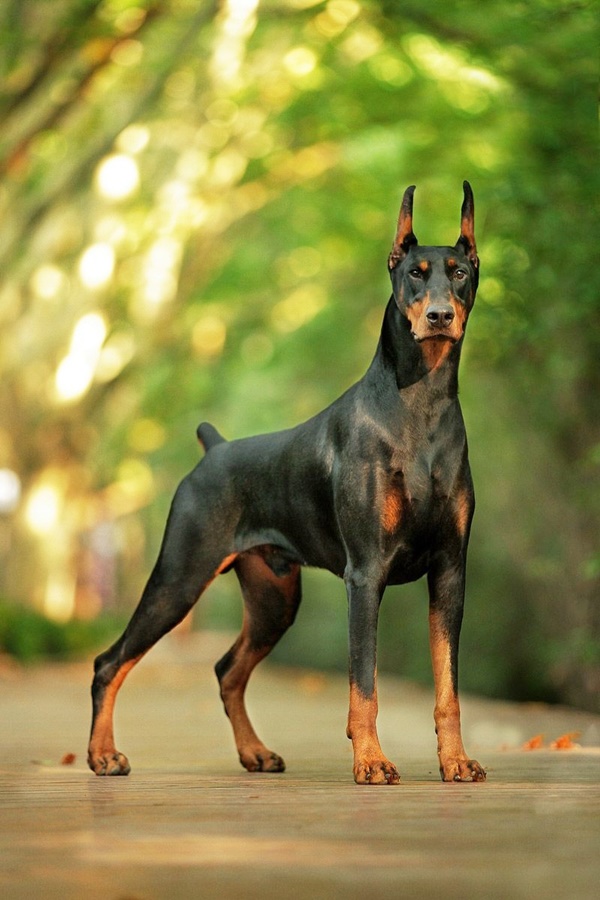 A dog’s size can help in identifying its breed from a distance since it is observable from far away. All breed have different size and they are then classified in some various group such as toy group, hound group etc.
If the mutt is
Very small, then it belongs to the toy group having ancestors like Chihuahua, poodles, Papillions etc
Of an average height then it belongs to the descendant’s group of terriers, spaniels, Labradors, setters, Doberman etc
Very tall, then it may have great Dane, mastiff or Saint Bernard as its parent

Here, we’ve come up with a row of the Long Haired Dog Breeds around the world. Dog lovers, if you’re thinking of having a pet, this is for you.

Have a Look at its Coat

Different dogs possess different coats and this one thing shows variety so it will not be accurate to find out the source of the mutt. Nevertheless, it can be used to guess the mutt’s breed.
If the mutt has
Curly coat, it probably has a poodle as a parent.
Short coat, it has Jack Russell, Cairn Terrier or the Miniature Schnauzer as one of the originators
Long coat then it has Maltese, Pomeranian, Pekingese, Lowchen, Lhasa Apso etc. as a parent.

Check Out the Size of its Head 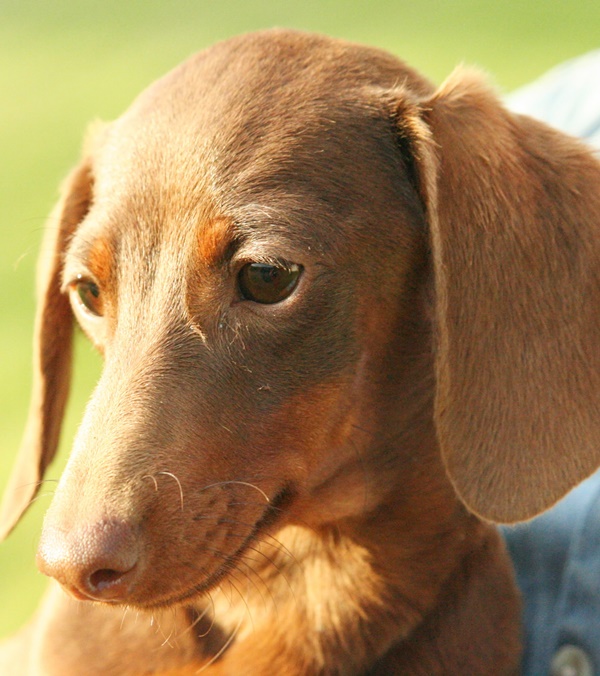 Cleaning and grooming them is as important as any other part of the dog. So keep reading to learn how to clean your dog’s ears and to know the Popular Breeds of Dogs with Big Ears!
Check his Paws 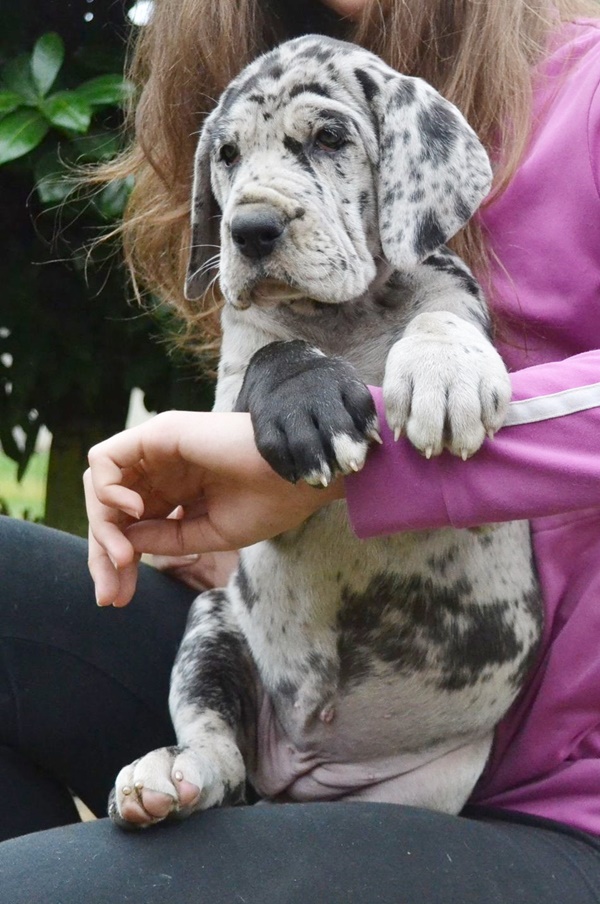 A mutt’s paws can help you understand its origins if you have someone who knows how to check it. Mutts have different sizes of paws and it entirely depends upon who’s characteristics the mutt has adopted from among both of its parents.
If the mutt had
A large dog in its formation then its paws can be medium to large and dogs such as English Mastiff, the Scottish deerhound, Great Dane etc. must have had a contribution in the mutt’s formation.
A small dog such a Papillion, Maltese etc. in its formation then its paws can be of small to medium size. 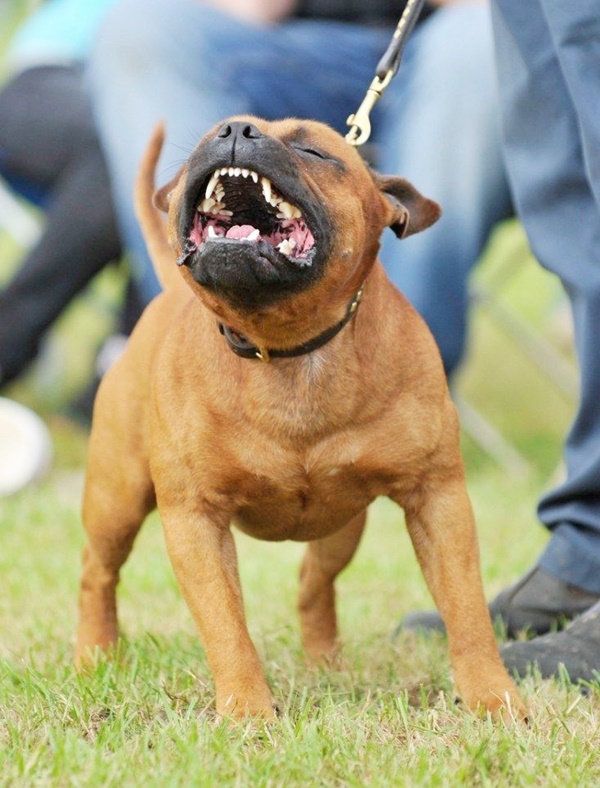 Being a mixed dog, it has its temperament given as a gift (or a curse) from both of its parents. Observing its temper with you or with kids is a good idea to figure out the mutt’s breed. You can check how friendly it is with strangers or kids or how he behaves with other animals to guess its breed. Rottweiler’s or Pitbull’s kids will not be too calm and friendly 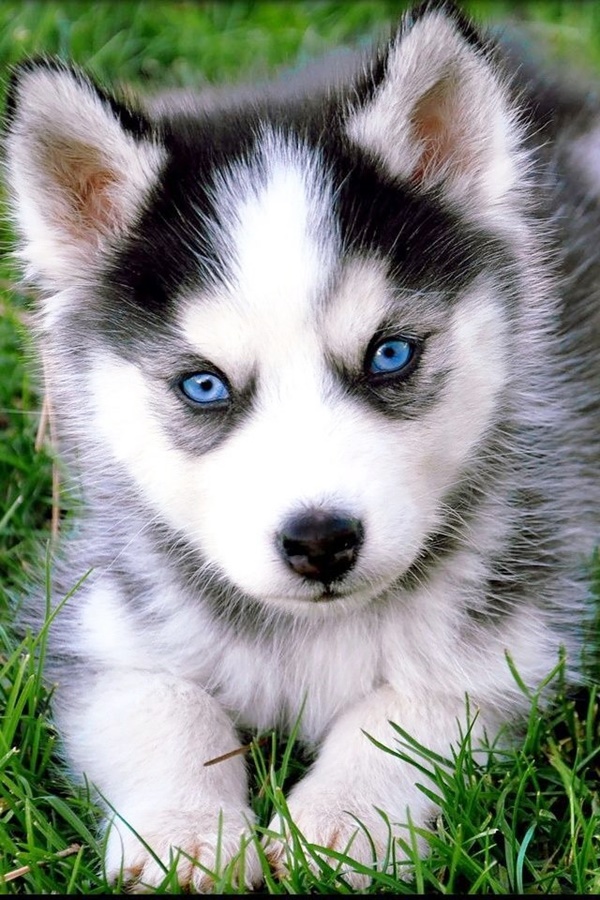 As the several other features being different but taken in and from the blood of its parents, the mutt’s eyes too can be an identifying factor in the mutt’s lineage. For example, a husky has one of its eyes blue so there are chances of its offspring having such a feature. 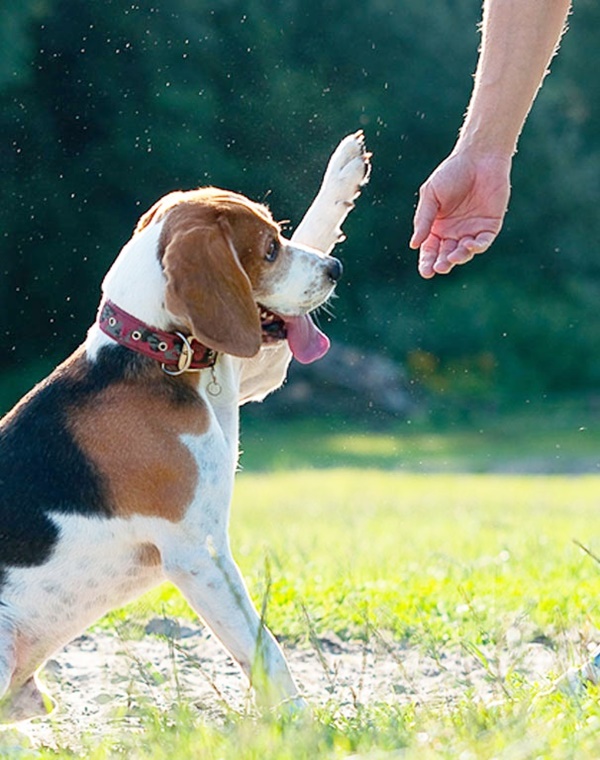 A mutt’s behavior is the same as its temper, as it has it from its parents. Observe its behavior carefully to determine its roots. For example, if one of the parents of the mutt was a beagle, it will be a great sniffer and can go around places sniffing things and people.

Get a DNA Test Done 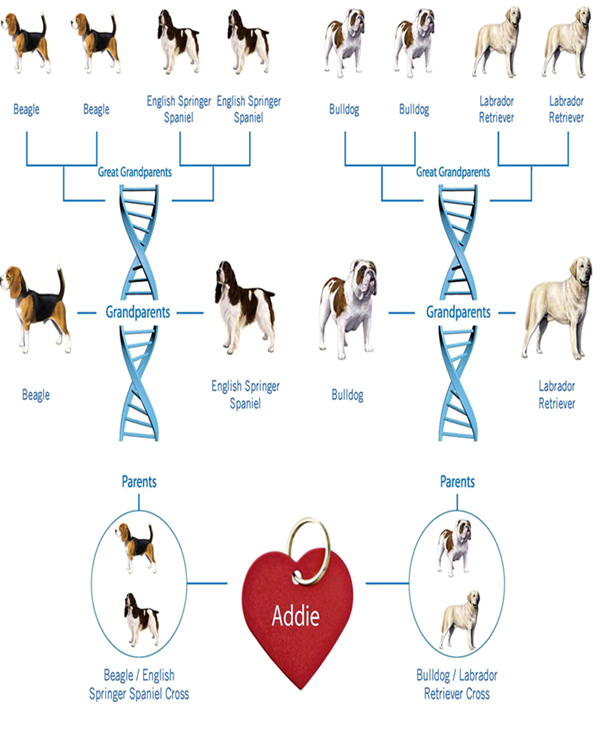 This is the most accurate way of finding the mutt’s origins, but it would cost you up to a hundred to two hundred dollars. DNA test gives accurate results that you can understand with the help of a doctor.

According to a survey, 90 percent human prefer smaller dogs as their companions than the large ones. Are you confused about it? Don’t you worry! We have got you a list and information of Famous Small Long Haired Dog Breeds to consider before adopting one.

Now, since you know How to Identify Mutt Dog Breed, go check out what nutrition, environment and other basic things that it needs. You will now be able to take care of your beloved dog more precisely! Bestow it with your love and affection and see the same coming back.