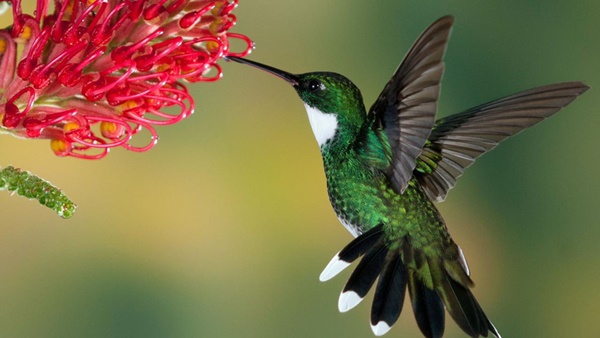 If you would like to witness a bird exactly like how you used to draw them when you were in school, then be on the lookout for these cute little birds called ‘hummingbirds’. Before we move on to the Different Types of Hummingbird with Picture, are you curious to know why they have this unique name? Well, it is believed that when these birds fly, they flap their wings so fast that it makes a humming noise and that’s when people began to call it the hummingbird. They can flap their wings about 80 times per second. Can you beat that? One more unique fact these birds are there flying is that they can not only fly up and down but also left, right, backward and upside down too! They can also flap their wings in the shape of 8, making a loud humming noise. 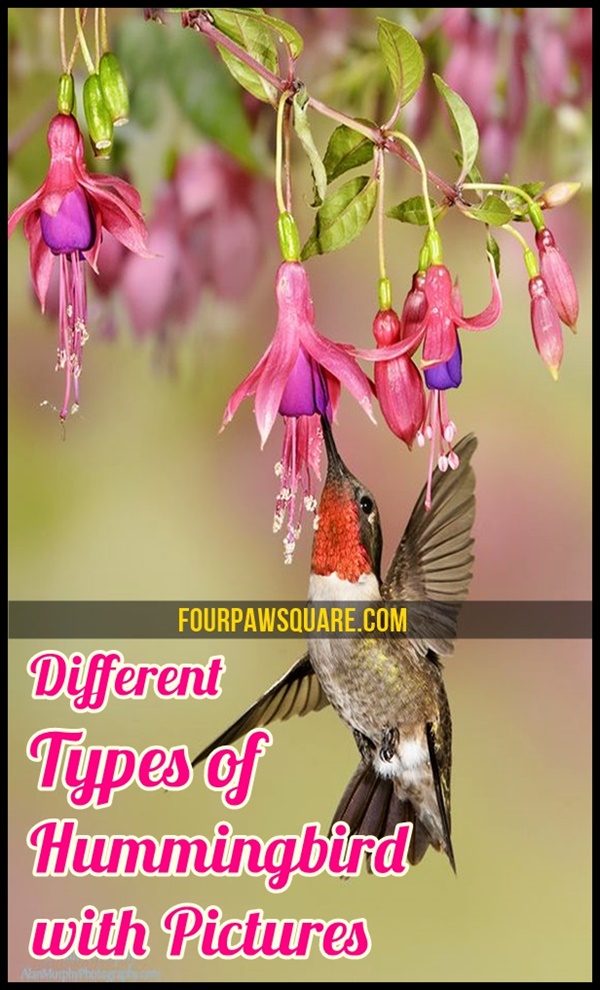 Different Types of Hummingbird with Pictures 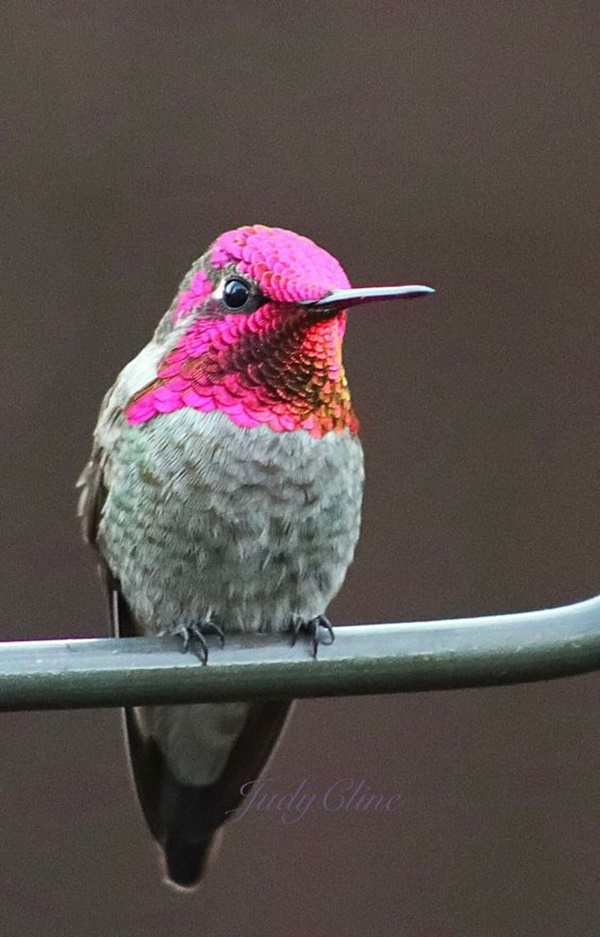 They have a long bill, which is slender and straight. They are usually found in a mix of bronze and green color combined and that is what attracts most of the onlookers. In this type of hummingbirds, the females are known to be more intelligent than men. 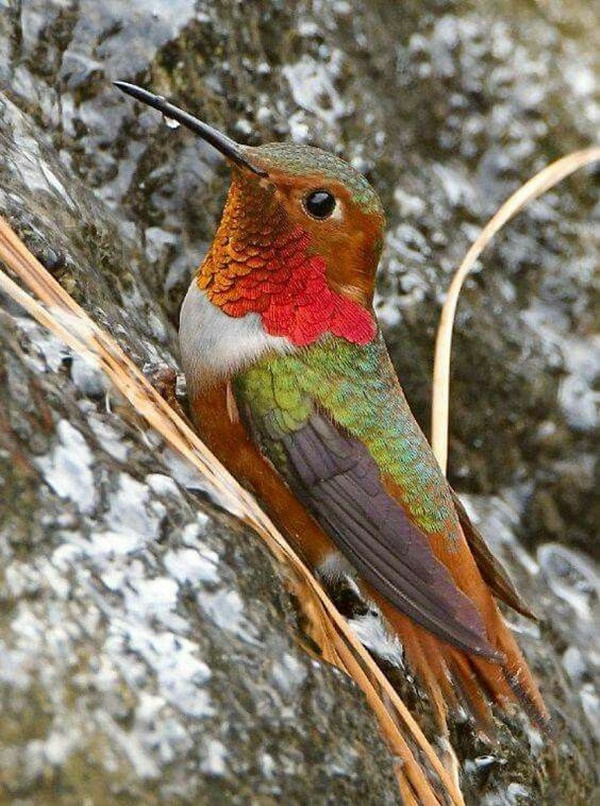 You can find these birds only in forests or in places where there are a lot of lush green plants. This variety of hummingbird has high energy and they have a great metabolism. Due to this, you will see that they tend to eat a lot – they want to have their food, in portions and in a gap of say, 2-3 hours. 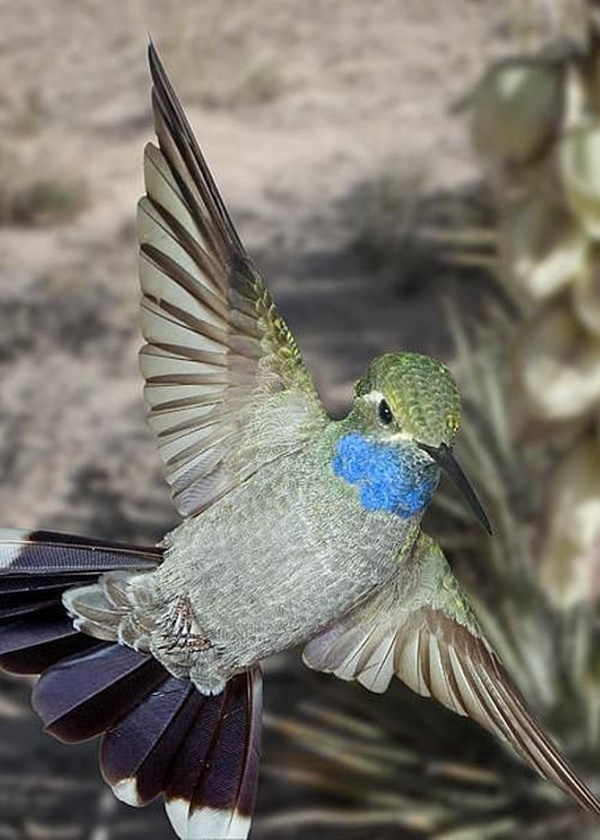 As one can understand from the name, this hummingbird can be recognized from far, due to its blue colors throat. They are dull green in color on the top, grey in the middle, with their throat standing out in blue color. They are known to be fairly large in size as well when compared to the majority of the other varieties. 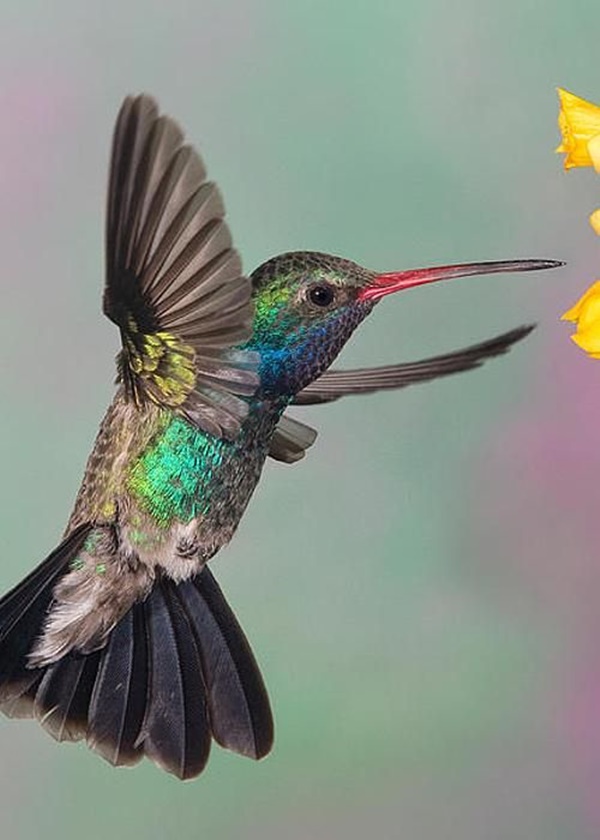 This breed of a hummingbird is usually found in arid and dry lands. They have a wide bill, usually red in color and that makes them stand out from the other breeds. They are in metallic green color from the top and off-white or complete white from the below. 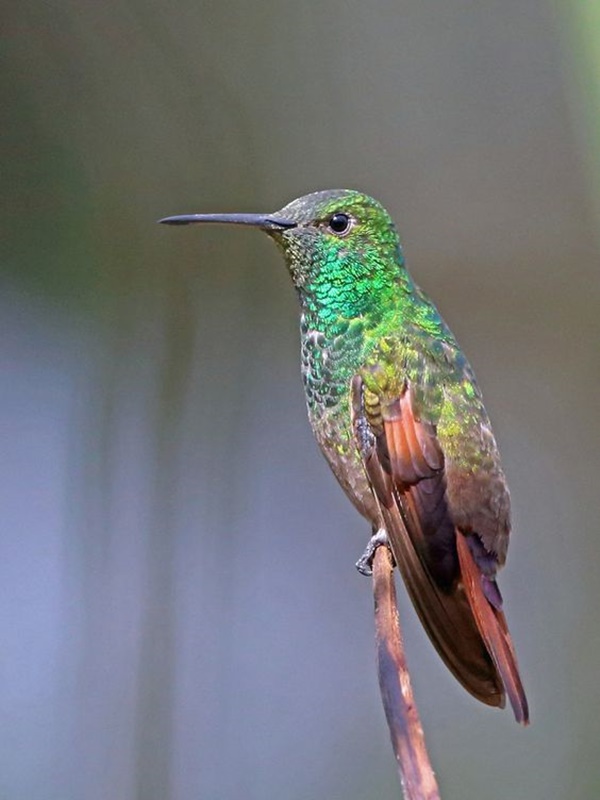 If there is any hummingbird that represents utmost style and vogue, then it is this one. They have a very attractive neckline, which stands out in metallic olive green color. Proceed down to find the belly part of the hummingbird to be in a dusty grey color that totally matches with the top color. However, you may be surprised to know that the male hummingbirds are more attractive than the female ones. The color of the bill also adds on to the already colorful bird. 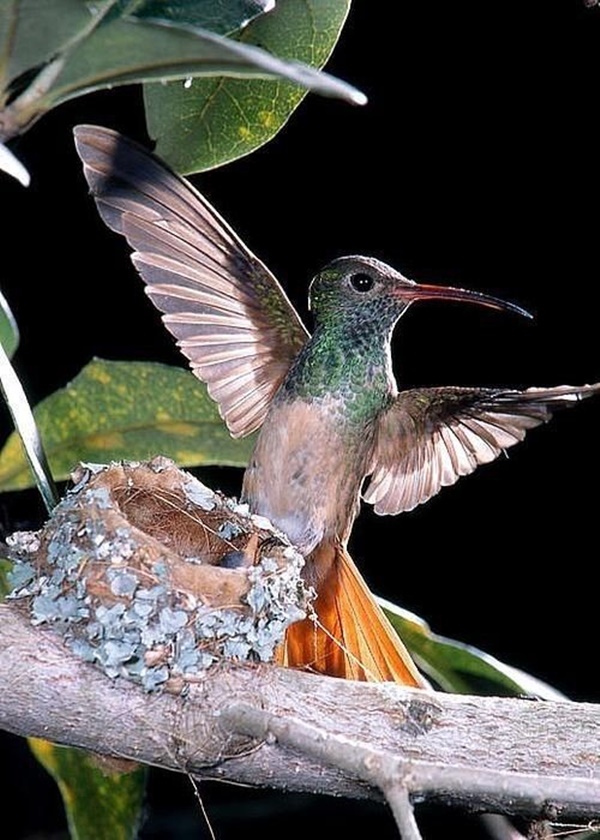 These birds are medium-sized, but when you compare them to the other medium-sized varieties of hummingbirds, probably you will notice that they are the smallest among them. A fact about these birds that makes them stand out is that they have three different breeding habitats. They can be found amongst fine oak trees, semi-arid areas or thick forests along watercourses.

One of the adversities in poultry farming is the sudden death syndrome that occurs in chicken. Sudden death refers to the death of a particular chicken or any group of chickens without any apparent cause at the time. Later, the cause of death may be established by necropsy. Here listed are the basic and Main Causes of Sudden Death in Chickens. 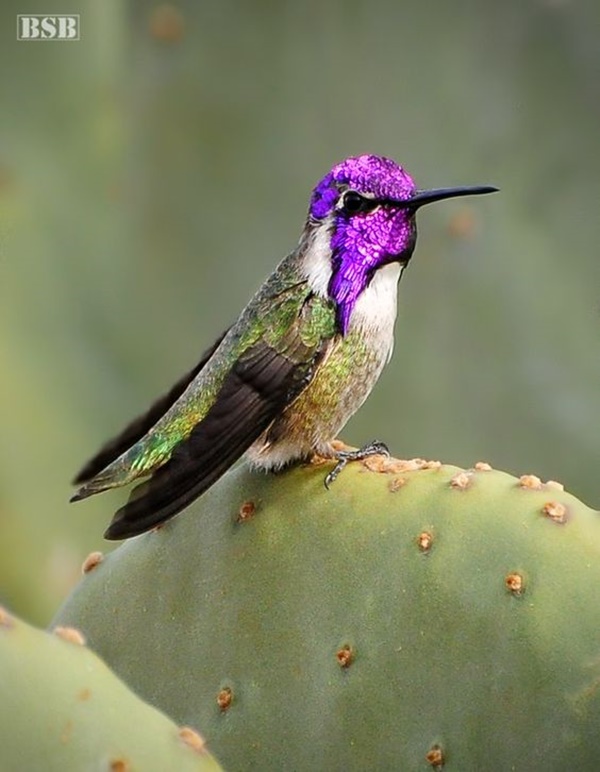 They are one of the smallest species of hummingbirds alive on the plant as on date. If the most mature adult can grow only till 3.5 inches in length. They are small in size and stout in weight and that’s what makes them one of the cutest hummingbird. Another thing that makes them unique is their beautiful violet and purple throat. If you see them from a distance, it will look like they are wearing a cap. While this is the description of a male Costa’s hummingbird, the female hummingbird has a grey-green color on the part above the belly. 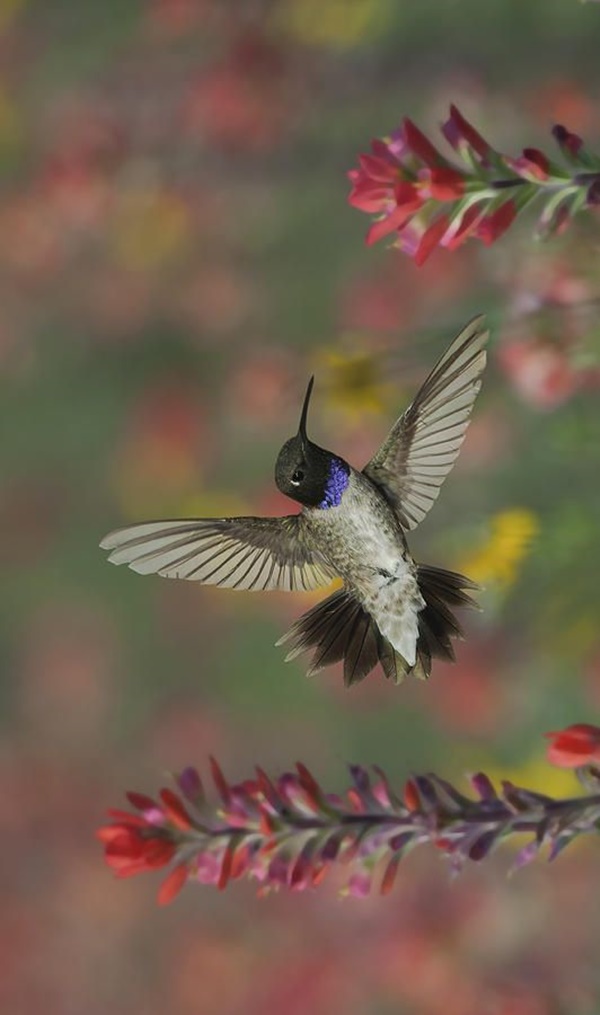 They are known to be the migrant hummingbirds. Just like other birds, they tend to move from one place to another when the weather becomes extreme. Just like their name, they have a jet black neckline, which is usually not the case in the other varieties of hummingbirds and that is why they got this name. They have straight, long and slender bills. 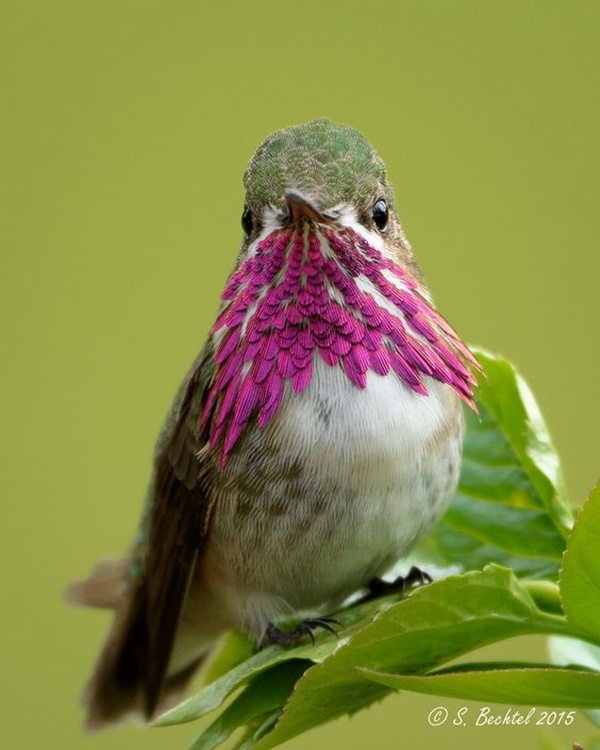 Out of all the species of hummingbirds, they are the tiniest. They are mostly found only in the United States and Canada. Only during winters, they tend to migrate to Central America. Wondering where this name comes from? Well, history says that this bird was named after the Greek muse, Calliope. Their green and white pattern with red streaks make them look very elegant. This is the color of mature adults, whereas growing hummingbirds will be found in the color of pinkish shades, that eventually turn to red streaks as they grow in age. One more interesting fact about these birds is that they tend to have low nests on the trees. 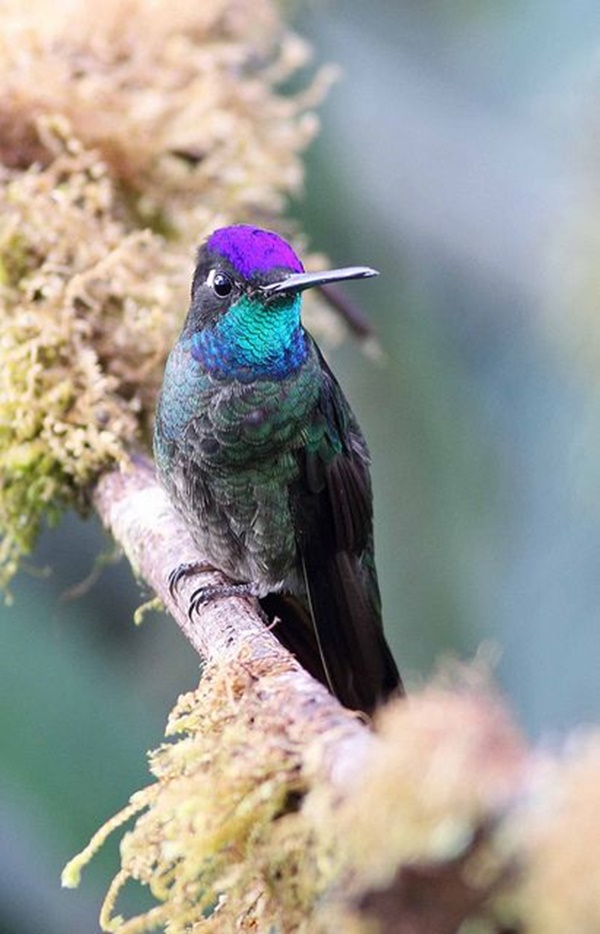 Also known with their scientific name, Eugene this bird is not found as easily as the other species of hummingbirds. However, they are one of the oldest species alive and are found in various parts of the world since 1856. They are very beautiful and if you wish to paint one of the species of hummingbird, you surely cannot deny this one. They have an olive green neckline, followed by a jet black belly part. They have beautifully crafted wings of grey color that go perfectly with the other combinations. They have a long black bill, which helps them to complete the look.

Animals have always been a very interesting subject of study and research. A lot of thesis and observations have been done on this species, and every time something different comes up just as these Animals And Their Weird Eating Functionality.

Now whenever you see a hummingbird when you are with your group of friends, flaunt this piece of information in utmost vogue. Thank us later peeps and get going, you never know – you might just be able to spot a bird.
These are some of the most talked about and common yet Different Types of Hummingbird with Picture that you will find in and around your living habitats. When you look at them, you will want to adopt one, but trust us, hummingbirds will not suit to be petted, as they have a very different living requirement.