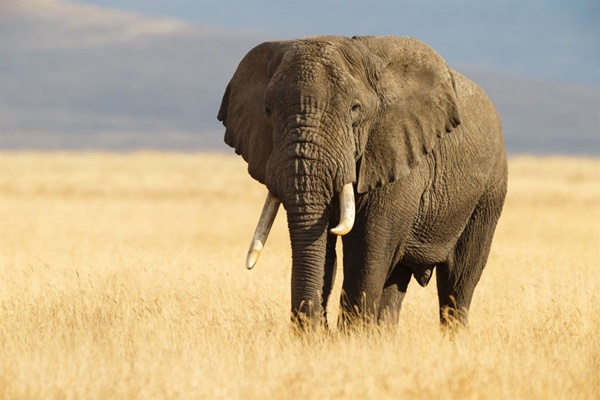 Big Tusker, Small Population!! It is not just the sapiens who are affected by the disease, but other living organisms also have to go through the maladies. One of the ginormous species in the world are the hefty and adorable elephants.  But no one including them can fight the battle with diseases. Environmental diseases are the most Common Elephant Diseases Information and Treatment that often lead to being the reason for their deaths. Some of the elephant diseases are listed below along with their symptoms and treatments.

The grief and guilt increases if our dogs go away suddenly. After a lot of aftermaths, some of these Most Common Causes of Sudden Death in Dogs have been identified, and here you go with that list. Take note of the guys, before it is too late –

Description: – One of the most common diseases is elephant Anthrax. It occurs as an infection which is caused by Bacillus anthracis, which is an aerobic gram-positive microorganism which is rod-shape in nature. In elephants, anthrax can generate in two regions – skin and intestine. The dermal anthrax is much easier to treat as compared to the one related to the intestine. This disease is infectious to humans.

Treatment: – It can be treated with the intake of antibiotics. Various vaccinations are also developed and are recommended to be given to the animal.

Description: – Tusk infections are the most common causes of death in elephants. Various dental problems (tusk, as for animals) have been reported since ages. This disease is also known as Pulpitis. It is an inflammation caused to the dental pulp tissue. It is mainly caused by a bacterial infection which can be accompanied by tooth decay. It is caused by dental caries, which affects the enamel and then reaches the pulp, causing it to decay. This inflammation can result in extreme pain as it builds a heavy pressure and gives rise to a cavity in the pulp. This also asserts the pressure on the nerves and the tissue surrounding them. Sometimes, this troublesome pain can be arduous to locate. After the pulp is found inflamed, it can be divided into two groups: – reversible and irreversible pulp.

Treatment: – Based on the categorization of the pulps, treatments are also different.

Description: – This malady is caused by a virus known as herpes. It results in causing haemorrhages, causing death within 24-48 hours of clinical onset. Elephant endotheliotropic herpesvirus is an alias for this disease and abbreviated as EEHV. The most common types are EEHV1, EEHV2, EEHV3 and EEHV6. This disease has resulted in fatal deaths causing around 80% of the affected animals to die.

Treatment: – The treatment includes the use of antiviral drugs. Famciclovir is a drug that is used to treat the disease. Plasma therapy can also help in clotting.

Rabbits are often considered to be the same as hares, but they are quite different and it is important to know about these Most Common Causes of Sudden Death in Rabbits before you think of bringing one home.

Description: – One of the lethal diseases causing the hefty animal to die, elephant pox is a much-related disease to the cowpox. It can be caused by the spread of the disease by rodents. This disease can also be infectious to the human. It severely affects the skin of the animal by causing itching or irritations. It is also known as Orthopoxvirus infection.

Treatment: – The diseased animal requires to be looked upon quickly. The care needed is intense. The food that has rice and banana as constituents can help it treating the animal.

Description: – This is a bacterial ailment in the elephants. It generally affects the intestinal tract of the animal. The bacteria responsible for this ailment is known as Salmonella which is generally found in colonies that reside in the intestine. It gets into the body with the help of contaminated water or food, especially the fruits and vegetables if they are not washed properly. The animal affected with this disease is generally found consuming lots of soil. When the animal is pregnant and affected with this disease, the bacterium can penetrate the foetus and may affect its development. This may also result in dehydration or bacteraemia. There is also a risk of the baby dying in the womb itself.

Sudden death refers to the death of a particular chicken or any group of chickens without any apparent cause at the time. Later, the cause of death may be established by necropsy. Here listed are the basic and Main Causes of Sudden Death in Chickens, they may be accompanied with constitutional symptoms such as lethargy, loss of appetite, diarrhoea etc.

There has been a great decline in the elephant population in recent years due to improper health conditions and these Common Elephant Diseases Information and Treatment. It is of the greatest concern to protect this endangering animal so as to stop it from getting extinct. So, let us spread awareness about the declining population rate of the elephants and make sure to contribute even little much to save them.