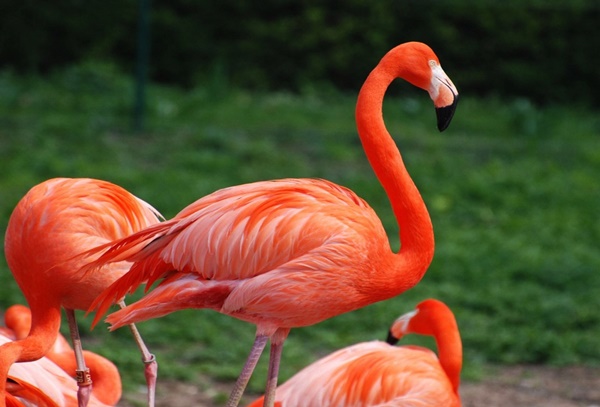 Often we classify birds and animals with their shape size or color. However, have you ever classified any with the length of their beaks? We bet there won’t be at least twelve names that you could give us. Our feathered friends don’t just possess beautiful colorful feathers but also some fascinating beaks! Beaks those are humongous, tiny, in weird shapes, and sizes! However, today we are discussing Bird with long beak and we are sure you’ll love reading about it, as these birds are not something that we get to see each day. Moreover, the fun fact is, some of them even have colorful beaks!

Ranking number 1 on America’s longest shorebird, the long-billed curlew is a Bird with a long beak and aka sickles bird. This is due to the shape of its beak that is like a sickle! It has an almost 8.5-inch bill with a body measure of 26 inches, which makes it the center of attraction.

The black skimmer is a black and white Bird with long beak, whose beak is in shades of orange and black. The bill of this bird is long and thin and the upper mandible is shorter than the lower one. The bill starts with a bright orange near the nose and ends up being black at the tips.

Now as the name suggests, is it hard to guess that this bird is named so due to the shape of its beak. This Bird has a narrow beak that is much flatter near the tip if the beak. This bird is mostly spotted at Mexico, the Caribbean, and North America.

Here we present some Types Of Pigeon Breeds You Must Know .

As the name suggests, this Bird has a shoe-shaped bill! The shoebill is that was is a native species of Africa. The edges of this bird’s beak as a shape to catch preys with it. This bird grows to a size of 9.4 inches in the body.

We all know how a flamingo looks! Well for those who don’t know, they are pink in color. They have curvy beaks which act as a filter to purify their food from mud. The bill starts with pale orange color at the root end and turns to black at the tips.

This Bird is one of the largest members of the family of the hornbills and is a native to Southeast Asia. Their beak has a mixture of yellow and black color and is huge covering up its forehead. The purpose of this kind of bill is to sexually attract other bills to it.

Rooting back in the Asian countries, this Bird with long beak has a unique beak! We say so because as you must have guessed from the name, it has a long horn-like structure similar to that of the rhinoceros! Yes! This makes this bird’s bill look unique and attractive. The of the bill is orange at the face side and ends up being white at the tips.

We’re here to help you with exactly what you would want to know. These Weird and wonderful Type of Nests of Different Bird Species will definitely fascinate you to another level.

How would you look if your mouth were 1/3rd of your entire shape? Weird! Well, this bird pulls it off gracefully! Having a 20 cm long bill, the keel-billed toucan is called the rainbow-billed toucan. If you wish to spot this bird, you have to visit Africa, as that is its native place!

Beaks are mouths for other birds, however, for this Bird has it doubles up to a carrier! Yes! Pelicans have this extra sack like thing in their lower mandible that is beneficial to catch fish. It acts as a net and catches fish draining out the water. An interesting fact here is this sack or as it’s called “throat sac” gets fleshier during mating season.

Do you know Atlantic puffins are also known as the “clown of the sea” or sea parrots? Well, this amazing Bird has an interesting beak that can carry 10 fishes at a time! Yes! Although the size of the beak doesn’t seem that way, there are serrations on the Atlantic puffin’s upper mandible to carry these fishes.

This one as quite famous and you must have seen it in “the lion king” or “Rio”. Crested coua is a Bird which has beautiful bright colors on its beak. Although, as they grow up, their beak becomes black, initially they have amazing variants that are unique for every bird.

Now you must be wondering about kiwi’s entry down in this list. This Bird had a longer beak with respect its body. The unique feature of kiwi is that it has nostrils on the beak than having it on the face. This unique beak and nose make it easier for the kiwi to decide smells.

Aren’t these Bird with long beak fascinating? We are sure you must have loved the way they have their beaks function the way they want. Every bird has some unique characteristic, which is gifted by Mother Nature. Alas! Many of these birds are on a verge of extinction because of the cruelty of some greedy human. They need to understand, every creature is gifted with its features because it looks good on them. had the beautiful feather, beaks or anything that they kill animals for, looked good on humans or had been made for the humans, it would rather grow on us than on them!

Different Dog Bowl Shapes You Should Know About

10 Best Dog Breeds for People with Allergies and Asthma

5 Surprising Reason Why Do Dogs Tilt Their Heads

How to introduce new-born Baby to your dog﻿

How Does Your Dog Communicate With You?

How to make Healthy Cat Food: 7 Things must Include

Cats In Depression Symptoms and Treatment

40 All-time Funny Cat Memes Ever On The Internet

10 Best Dog Breeds for People with Allergies and Asthma

5 Difference Between A Basset Hound And Beagle

10 Fun Tricks You Can Teach Any Breed Of Dogs