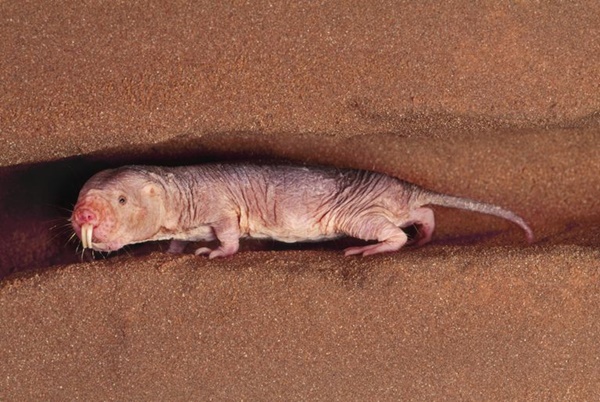 A rat is neither good nor evil. It does what a rat has to do. That is why the rats are very friendly and adorable. When all kinds of animals have varied species under their main breed, how could rats be a specialty to this law of nature? Mole rats are a quite famous breed amongst this species. For all those who have enough knowledge about rats, will not be surprised to know that within mole rats as well, there is a classification of rats based on their hair. 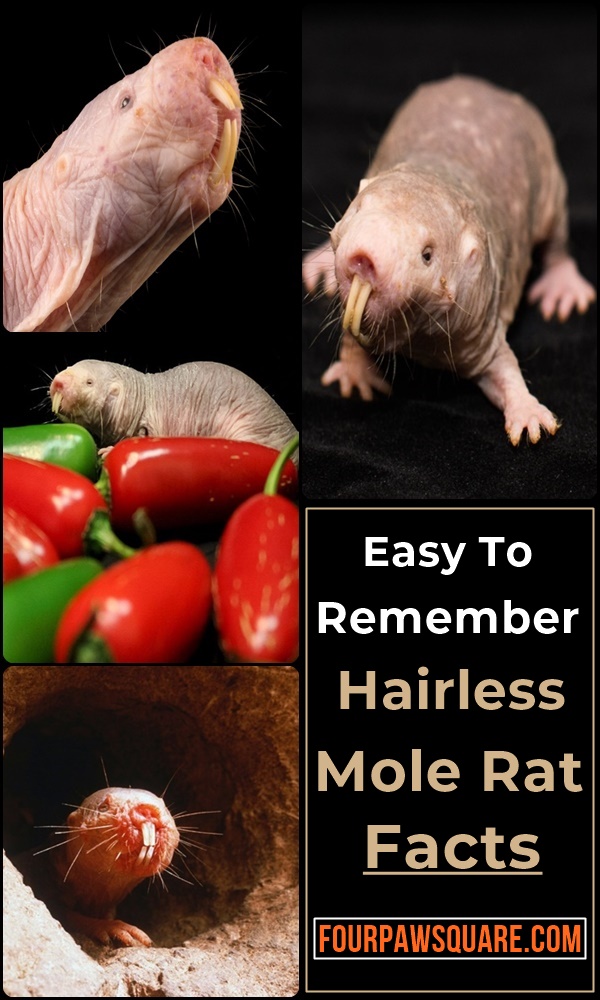 Well, treat the above Easy To Remember Hairless Mole Rat Facts just like some trailer of a movie, as below, we get to you more breathtaking ones you didn’t have any idea about. Some may be interesting, while some may come as a shocker to you… So, gear up my friends –

They Do Not Need Water To Survive

Yes! Didn’t we all study in the school that every living organism needs water in some of the other forms to survive? But, this animal is an exception – totally! They gain all their water requirements from their super healthy diet of consuming plants. They tend to much upon the underground parts of plants, and they tend to contain a maximum of water.

Only One Among Them Can Reproduce

I found this fact to be the most interesting one. Usually, a group of mole rats lives together. Now, among this group of hairless mole rats, only one female rat is the chosen one to be privileged to give birth to offsprings. She is often called the queen of the group. Wondering who gets to choose the queen? Well, the females fight amongst themselves to get the title – the one who wins becomes the queen. The queen who wins is usually the heaviest of all of them – about 50 to 80 grams.

Now, this is a fun fact. Usually, when each of a living organism has teeth, they all work together to operate and get the things done – be it breaking down food or to dig holes. But, it is different in the case of hairless mole rats – they can use 2 of their teeth for a different purpose and two other teeth for another purpose.

They Can Survive With Low Levels Of Oxygen

The respiratory system of hairless mole rats is known to be quite sensitive. It has been observed and proven that the mole rats can survive in environments that have low oxygen levels, as low as 5%. This level of oxygen is usually found at the top mountain peaks, and no other living being can survive at such low levels of oxygen.

The Muscle Mass Is In Their Jaws

Yes! You read it absolutely right my friends! While, we as humans have our muscle mass in our hands – the muscle part, it is different for hairless mole rats. They contain most of the muscle mass in their jaws and that is why they use this part to dig holes or to make their houses. They may look very skinny and weak, but when you see them using this muscle power, you will be amused.

Their Pain Receptors Are Pretty Slow

If you hurt a hairless mole rat and are waiting for them to react with pain, then you will be really disappointed as they may not react at all. In fact, they will not even react to extreme heat or cold, because their pain receptors are very slow. It may take quite some time to get to see their reaction and this is solely why they are known to even survive in harsh environments.

All living beings have specific characteristics that they possess and evolve with time to survive on this planet and this differentiation is one of them. In scientific terms, this process is called thermoregulation and to know more about it check out these Difference Between the Cold-blooded and Warm Blooded Animals.

They Can Communicate With Each Other In 17 Different Voices

You will not be able to understand even one, because human speaking and understanding language is totally different from what animals speak. But researches have observed and proven that the hairless mole rats have the skill to talk to each other in about 17 different vocalizations. They can chirp, they can hiss or use any other language to talk to their fellow beings.

The Mole Rats Eat Up Their Poop

Gross, but true. They feed on their own fetus. Well, interested to know more? The queen’s poop is generally preferred. Scientists have observed this trait for quite some time and they were able to understand that this is followed to gain some nutrient contents that hairless mole rats may require.

A Total Immunity To Deadly Diseases

That’s right. May look sensitive and may have slow pain receptors, but have quite some extreme superpowers like they are resistant to deadly diseases like Cancer. They are totally immune to it without any external requirement.

Here we present some Easy To Remember Crocodile Facts For Kids.

Long Lives Of The Mole Rats

While rats and other hair mole rats live up to just 7 to 10 years, an interesting fact about hairless mole rats is that they are known to live for about 25 to 30 years.

Well, these are just Easy To Remember Hairless Mole Rat Facts. The more you read about them, the more interesting things you will be able to know about these small yet powerful packed animals.