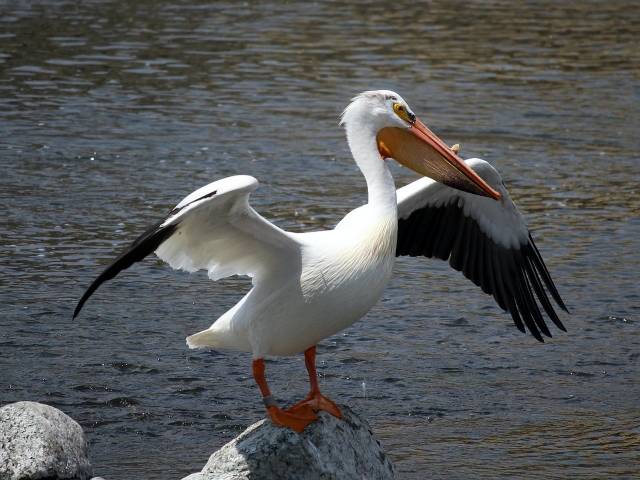 Animals tend to eat other animals for survival; that’s nature. However, it is essential for the balance of the animal’s kingdom ecosystem. Nevertheless, a few animals have the tendency to eat their prey whole means they will not chew but swallow fully. So in this post we bring you top 10 animals who do not chew their food but swallow it whole. 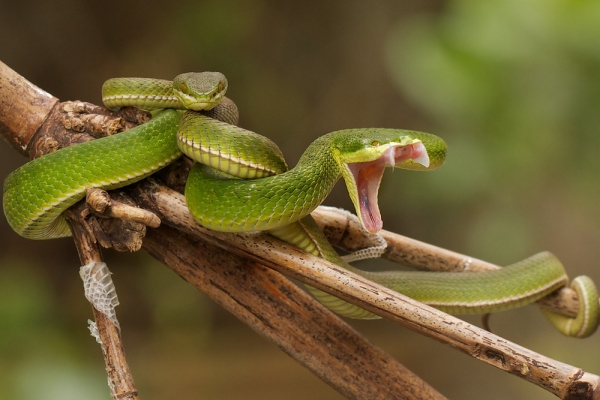 Anyone who has seen National Geographic has probably seen a snake swallowing something massive. It’s possible because snakes don’t have jaws, right? Wrong! Snakes don’t even have jaws that can dislocate; they have ligaments that can stretch to a pretty decent capacity.

What’s truly remarkable is what allows a snake to actually digest whole prey. A group of scientists took X-rays and did some testing while a Burmese python swallowed and digested an alligator. When a snake begins to feed, it kicks off a series of biological reactions: increased heart rate, increased metabolism, increased enzyme activity, and the stomach pH drops. The researchers found that within a week, the alligator had been completely digested. 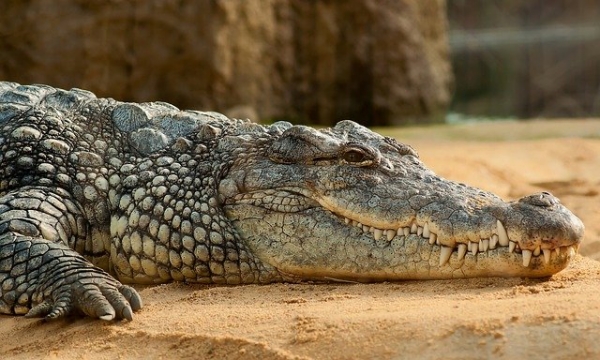 Image by miniformat65 from Pixabay

Though pythons have swallowed crocodiles and alligators, crocs have similar biological mechanisms in place to swallow and digest whole prey. Crocodiles have something that snakes don’t to help them gobble up their prey in one fell swoop: gizzard stones. These animals who do not chew their food but swallow it whole have gizzard stones in their stomachs to help digest things that are not easily digestible, like bones. This is just part of why they can swallow prey that’s up to 23% of their body mass. 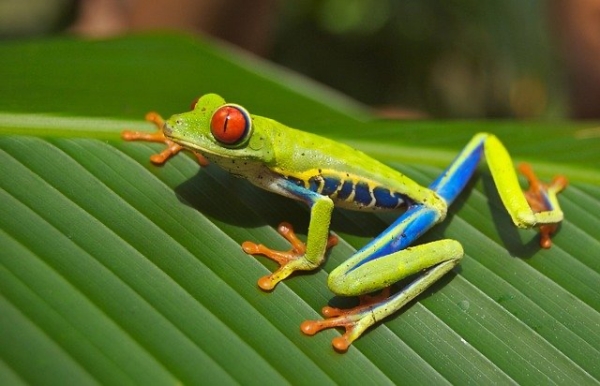 Image by David Mark from Pixabay

Frogs can eat snakes. An Australian tree frog was caught on camera swallowing a snake whole Though frogs aren’t eating prey that’s massively bigger than them, like the olive python, they still swallow their prey whole. It’s not uncommon for a larger frog to eat a mouse whole, for example. Some bullfrogs have also eaten other frogs. No one is safe from that guy.

So, how can frogs do this? It makes sense that a snake has muscles to crush and push down prey. But frogs clearly don’t have that capability. They are, however, pushing down food -with their eyes. When swallowing, its eyes retract downward towards the oesophagus, effectively pushing down prey. 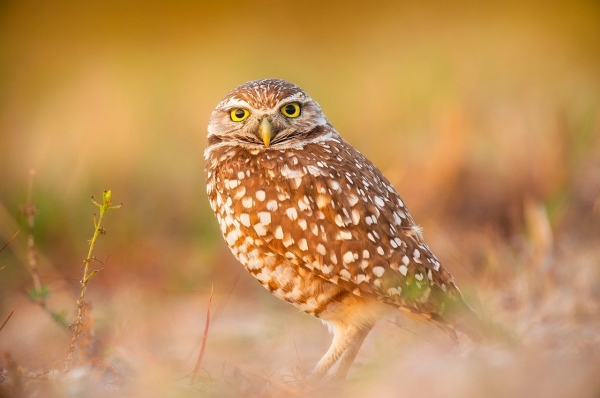 Owls will kill basically whatever – rabbits, fish, and pretty much any small mammal. Owls can’t chew, so the prey goes down the hatch whole. Owls don’t have a crop, which is a small sac in the beak that some birds have to store food for later – so they swallow every bit of mouse, insect, or whatever is on the menu that evening. 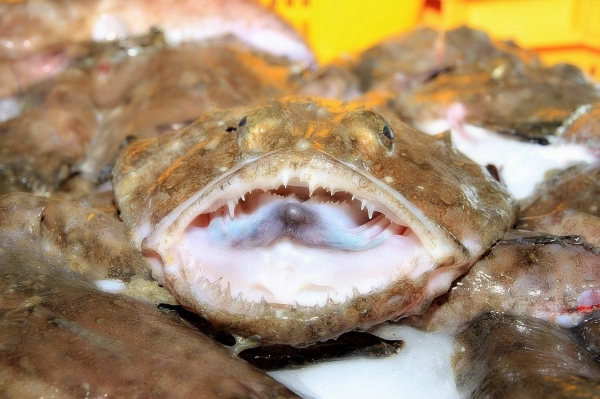 Image by Patou Ricard from Pixabay

One of the handsome animals who do not chew their food but swallow it whole eats live birds whole. Let that one sink in for a minute. This bottom-dwelling fish eat bird whole. How? When seabirds dive down to fish, the monkfish swoops in. If a seabird is not on the menu, the monkfish will wait under the sand until some unfortunate smaller fish swims by and is lured in with the esca, or little filament-like strings, that sprout from between the monkfish’s eyes. Once the prey is in place, the monkfish strikes and swallows his meal whole. 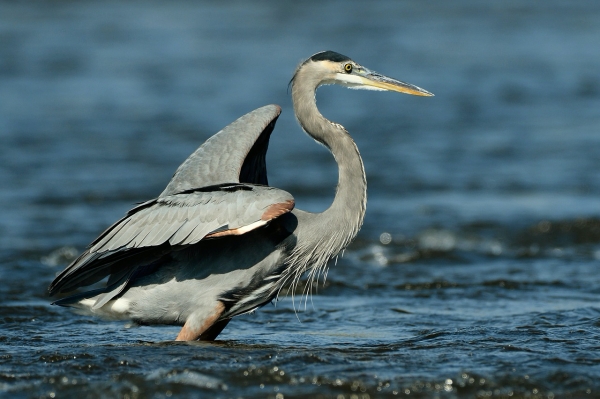 Image by detillybert from Pixabay

Great blue herons are all over North America, so chances are, you’ve seen one out in the wild. They look like less cool flamingos, standing peacefully in the water on their skinny legs. Peaceful they are not, however. The great blue heron also swallows its prey whole.

The heron eats fish and other water creatures, and that makes perfect sense. But land creatures are in danger, too. A great blue heron was filmed in someone’s yard eating a baby gopher. The heron picks it up and then eventually chokes it down whole. 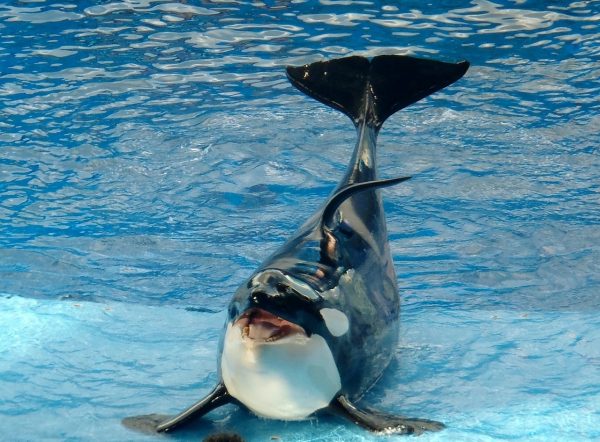 Image by cojessmom from Pixabay

Can you imagine being so big that all you have to do to eat is open your mouth and wait for food to simply go into it? That is what blue whales do with krill. This type of eating is known as filter feeding. They swim towards large schools of helpless krill and swallow them up along with the water. The whale then pushes the water out of their mouth with their tongue, keeping the krill trapped on their bristley tongues. 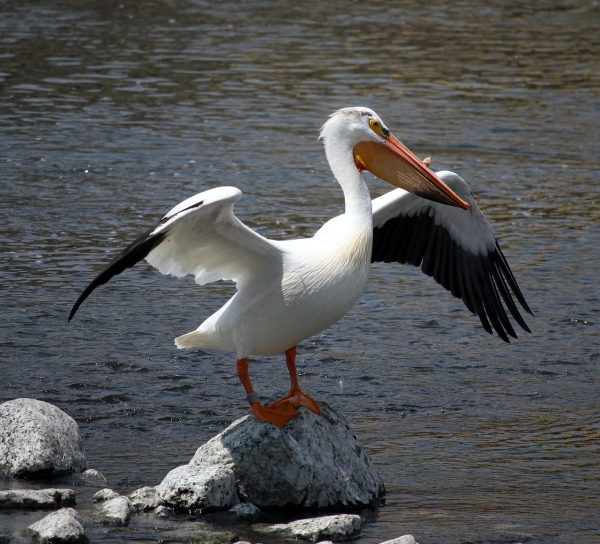 Image by TK McLean from Pixabay

For a while, everyone assumed that pelicans were swallowing fish whole and that was about it. However, a pelican was observed eating a pigeon, and science had to re-evaluate. Pelicans do eat birds, filling their bills with water to drown their prey and then swallow it. 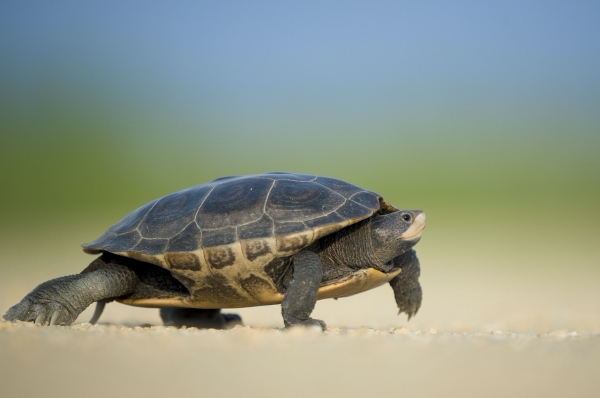 Image by Pexels from Pixabay

Turtles, like many animals who do not chew their food but swallow it whole on this list, don’t have teeth. Some have beaks, while others have lips. The ones with beaks can exert tons of pressure to snap their prey into nice bite-sized pieces. The ones with lips, like soft-shelled turtles, simply swallow their prey by sucking it down. No crazy enzymes or muscles to crush prey here. 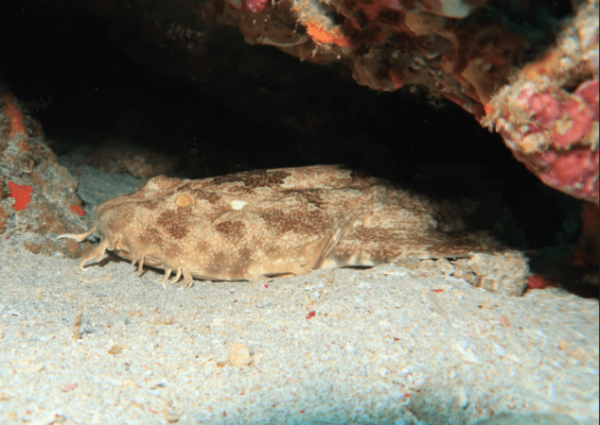 Sharks aren’t the terrifying killers you probably think they are a 100-pound shark eats about three pounds of fish per day, mainly because they have slow metabolisms. Wobbegongs, however, are what probably fuel nightmares. The Wobbegong was spotted along the Great Barrier Reef in Australia inhaling another shark. Not chewing but swallowing whole.