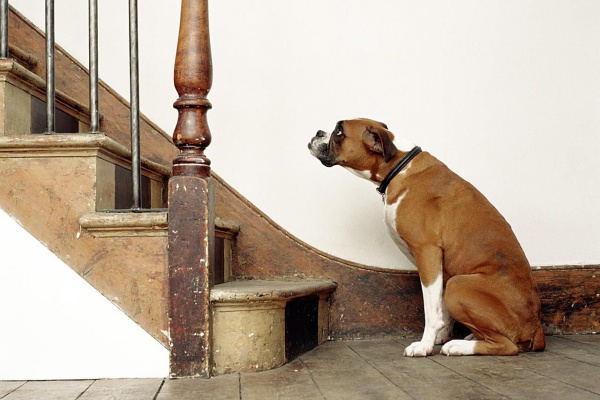 From movies like Marley and Me having dog parks in almost all cities these days all over the globe, this animal has become one of the most famous ones, not because they are alive in abundance in different types of breeds, but because they are simply the most loveable creatures on Earth! With that, add on loyalty, high on energy, empathetic and intelligent. What a combination, isn’t it? 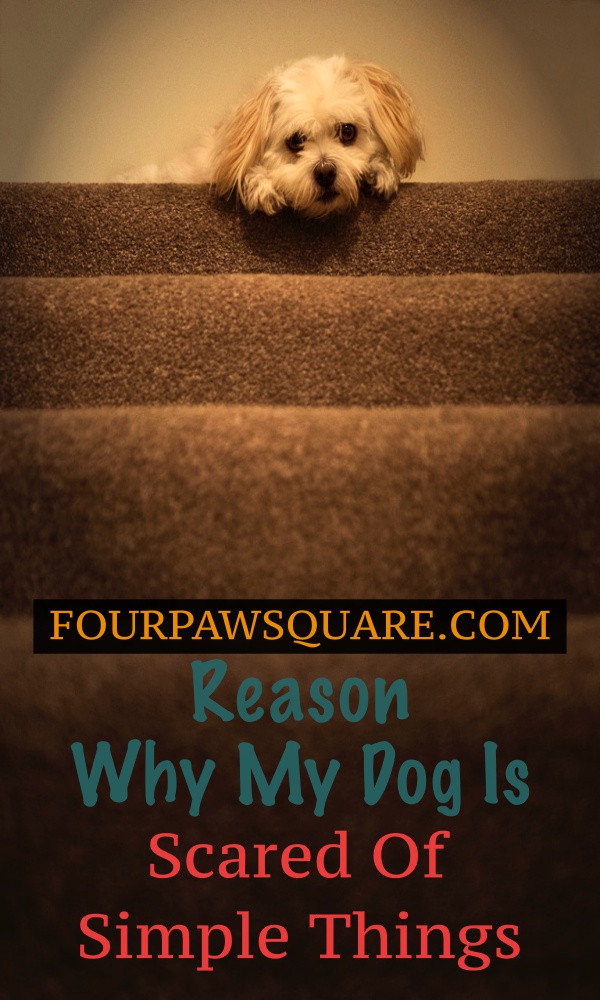 According to a survey, 90 percent human prefer smaller dogs as their companions than the large ones. Are you confused about it? Don’t you worry! We have got you a list and information of Famous Small Long Haired Dog Breeds to consider before adopting one.

Well, well, while the dog is so much near to perfection, they are also living creatures and just like humans, they can feel the emotion of fear! The levels and reasons may differ, but it exists! Keep noting as you find out the Reason Why My Dog Is Scared Of Simple Things.

Reason Why My Dog Is Scared Of Simple Things 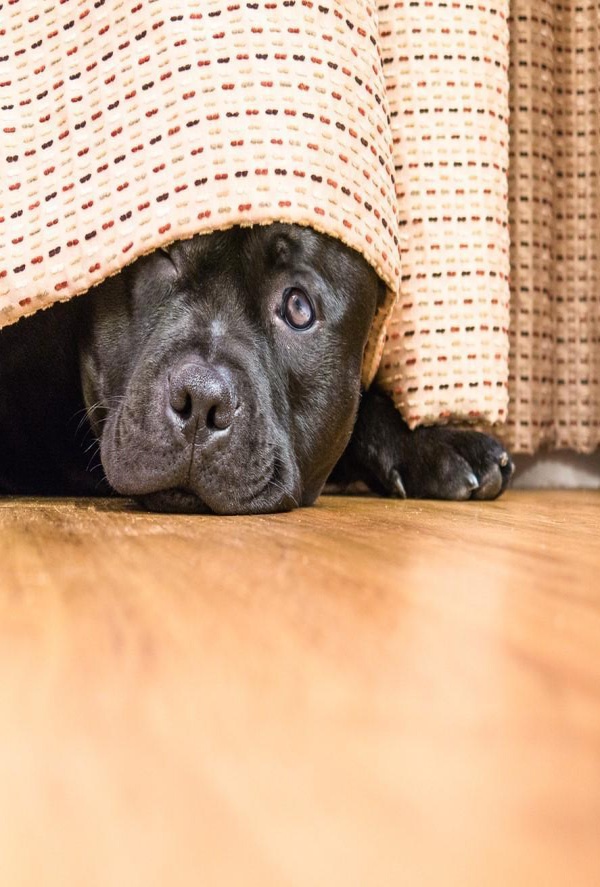 Fireworks, loud music, shouting, thumping – they all add to loud noise. While dogs usually are as loud as a human is when it comes to barking but there are sometimes dogs can be scared of loud noise. In fact, if you have puppies – you have to be more careful. The most common symptom of this fear is when your dog runs to a corner place or tries to hide under something when there is too much noise! 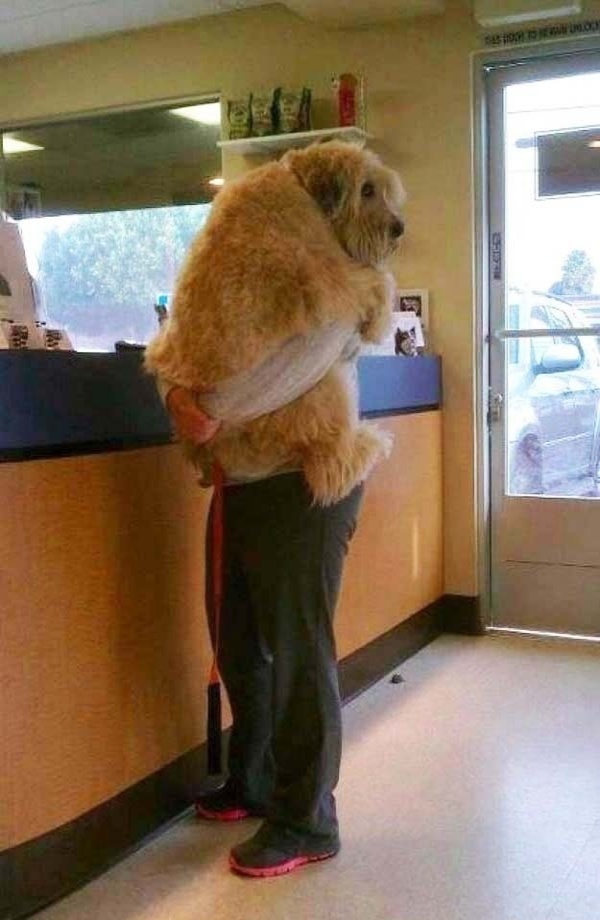 Unfamiliar smell, a lot of people and dogs, being examined here and there – all of this adds up to the fear of doctors. If your dog tries to always hide up when it is time to visit the vet, take it as a symptom of fear!
One way how you can avoid this fear is by having social appointments – like you can have a vet appointment in a park or at your place. This way, the dog will feel comfortable and it will also be easy for you to distract them, in case needed. 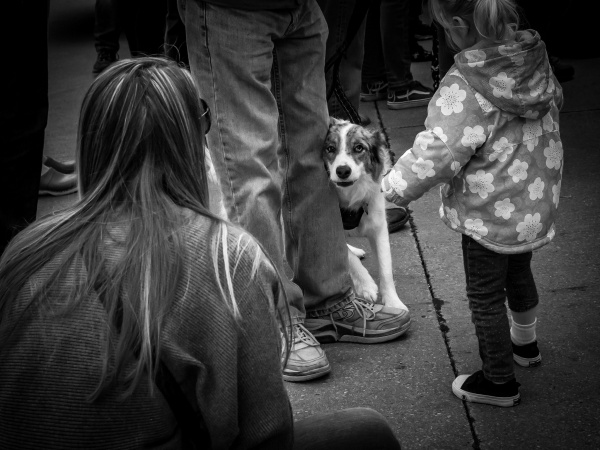 When you expose your dog to a lot of people and places all of a sudden, it might scare a dog. This maybe because of a lot of anxiety that the dog goes through – unfamiliar people and locations make the dog anxious as they want to go back to their comfort zone. If the dog becomes quite moody in less time, take that as a sign of discomfort. To avoid such fear encounters, keep an eye on suddenly changed behavior and take the dog through one situation at a time – do not get it all on them suddenly.

Fear Of Being Left Alone 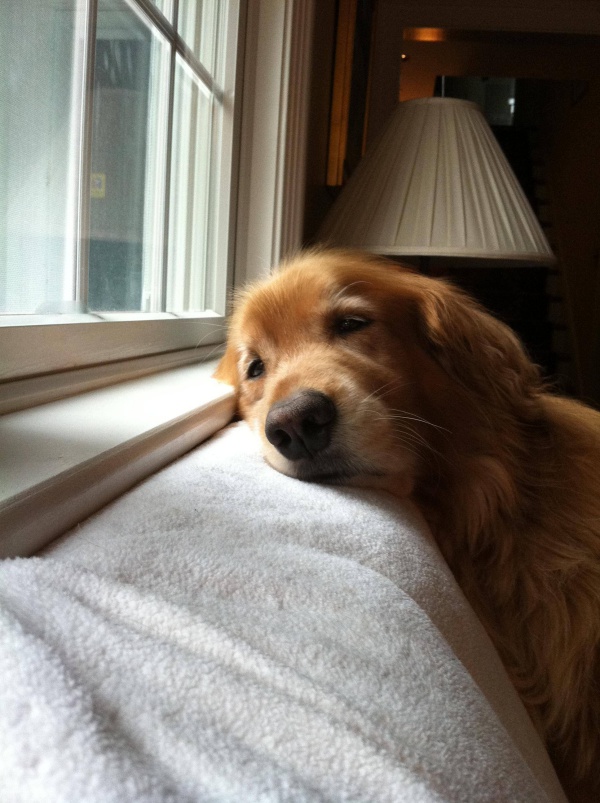 When they sense that they are not getting enough attention, they might end up in the fear of being left alone. A lot of vets and researchers also term this fear as ‘separation fear’. As part of this fear, anxiety and frustration builds up and they tend to become quite aggressive by nature. To avoid this, do not leave them all alone at once. Go slow, and make them used to be alone.

Knowing your mutt’s breed is essential so that you can provide them with what is necessary nutrition for their health and growth. It also helps in knowing your mutts temperament, needs, and other mandates. 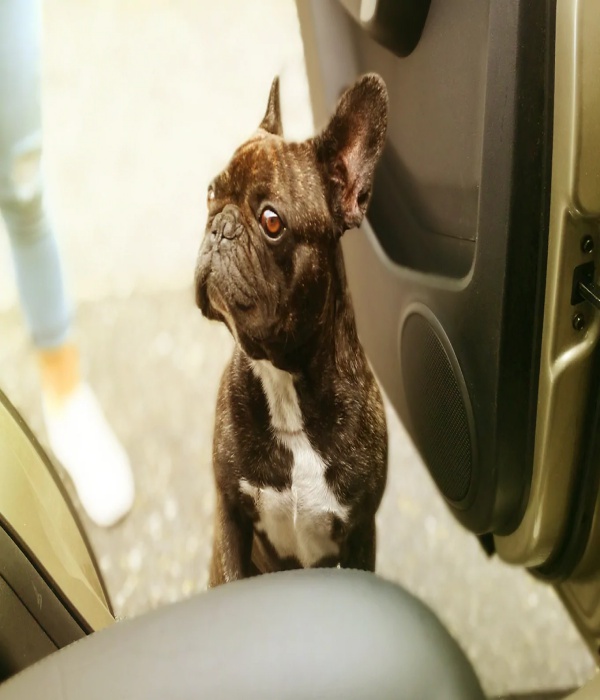 This could be in two forms – either they see vehicles driving at extreme speeds and are scared – scared that they may be hit by the car since it is at a certain speed. This is major because obviously, they cannot understand the dynamics of the car. To avoid this fear, always ensure you are carrying the dog in your hand while on road, or have them tied so that they know they are safe. They can also carry a fear of traveling in cars. They closed atmosphere may make them claustrophobic, and thus they might have the fear of being in a closed vehicle. Try to keep them seated in the front seat with the seat belt on, with a little window open to avoid this fear. 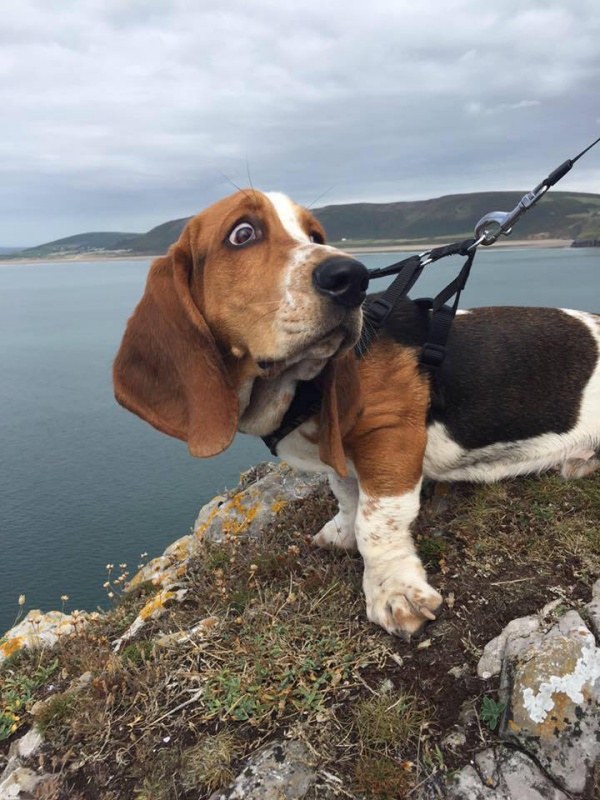 Stairs, terrace, top floors – these can make the dog go all anxious. One reason being, that they do not know how they can get down to the base, where they will be safe! Secondly, they are obviously scared of just tripping and falling and since they can see the ground, they definitely can identify that it’s going to be a tough fall! Avoid taking them to places that will have height and even if you have to, try to carry them up in your arms so that they feel safe. 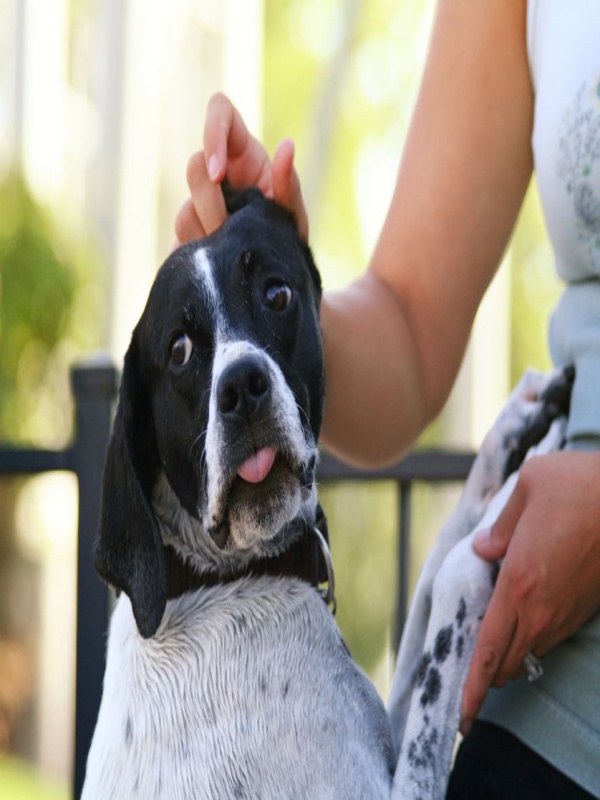 You would also have been a stranger to your dog at one point in time. But today, they love you, don’t they? But, there are some points for some breeds of dogs where they just cannot get along with strangers. This could include other dogs themselves, or other humans. If you see your dog becoming very moody in the presence of others, then that’s the cue. To avoid this, ensure that you are pacifying the pet when they become anxious. Or, just try to avoid them encountering a lot of strangers until they get used to all the surroundings.

If you don’t know how to help it calm down, check out these Quick Actions which can calm a hyper dog that you can do and what you should avoid doing.

They don’t understand that those soft toys are actually just objects and will not harm anyone. Because they see it as the toy appears and thus, they can become quite frightful assuming that the teddy bear of an animal soft toy is going to harm them. If they tend to bark a lot in the presence of the soft you, they are trying to tell you their fear.

Fear Of Being Locked Up 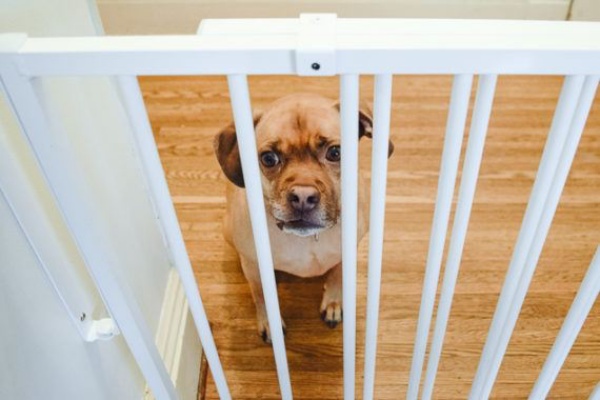 Being caged or being locked in a lonely room is one more simple thing that your dog might be scared of. They do not know the reason for being locked up, they don’t know if they are safe in there, and they don’t even know how long they will be there. If they tend to cry and bark a lot when locked, don’t do it. 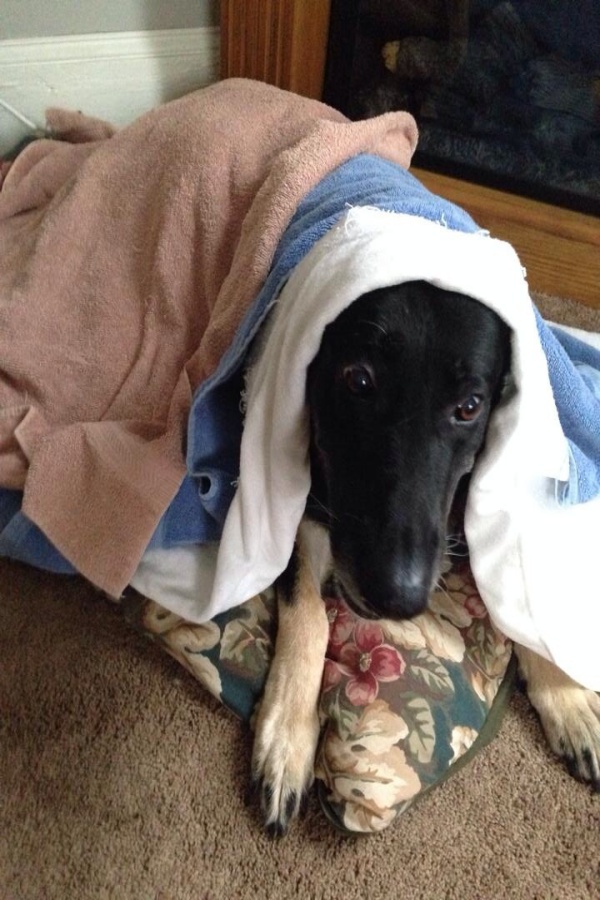 This could be categorized under loud noise, but a lot of dogs may not be scared of noise, but just thunder – it can be due to the striking light that flashes and then goes off! If they tend to become all-aggressive when they see thunders, it means they have this fear. Keep them indoors during such times.

Dogs have their own way of expressing love, affection, anger and aggression. One such expression is licking their owners. If you are someone who has a dog that just cannot keep his tongue inside his mouth, then there must be reasons which you know why does my dog lick me so much?

Now that you noted the above Reason Why My Dog Is Scared Of Simple Things, ensure you keep them protected from the same. Thank us later, and have a look at your surroundings now!