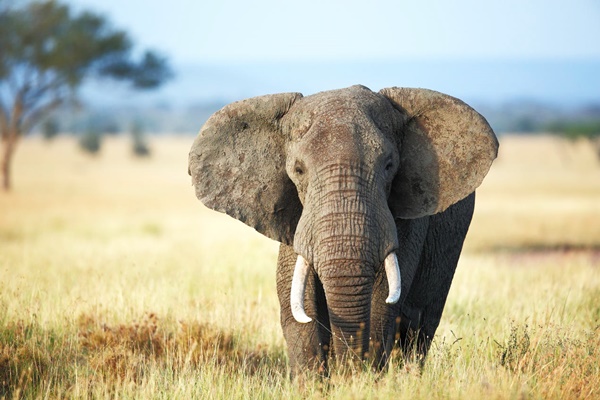 Animals teeth are adjusted to eating some kind of food. There are several animal species living on this earth and all of them have a different technique of their survival and different methods to catch their food. As we all know animals are adapted to eat different types of food and are placed into different classes based on their diets such as carnivorous, herbivorous and omnivorous. Accordingly, they have different teeth structure. There is so much amazing stuff to know about animal teeth, that we bet you will be flabbergasted! Here we are going to discuss some Amazing Facts about Animals Teeth which are surely going to blow once mind!

Here we present some Easy to Remember Ring Tail Lemur Monkey Facts for Kids. Have a look

Sharks can at least have 3,000 teeth at a time usually they have 5 rows of teeth. They lose 100 teeth every day but never wear out of teeth. Also, the teeth of shark have rooted cavity protection because the covering of their teeth comprise of 100% fluoride.

Amazing fact:  Sharks can have total number of 20,000 teeth in its entire life time!

Elephants have the longest teeth in the world

Elephants are popular for their trunk and their tusk, but what about their teeth? The tusk of elephants is considered as longest teeth in the world but they are not used to chomp or chew. Elephants use them to dig for water and food, strip the bark off of the trees and clash each other. The tusk of an elephant is usually an arrangement of teeth that never stop growing!

Did you know: Animals have four sets of teeth in their life time.

Snails have most teeth of any animal

The tiny animal snail has the most number of teeth than any other animal. Even though the mouth of a snail is not much larger than the top of a pin, they have over 25,000 teeth over a lifetime. A garden snail carries around 14,000 teeth! Their teeth are a line up in rows on their tongue.

Animals such as rabbits, squirrel, and rodents have to chew on hard foods like nuts, seeds. For which they have to keep their teeth strong and keep them growing so that they don’t were from gnawing. Rodents (around 40% of the animal species are rodents) teeth are stronger than copper, aluminum, lead, and iron.

Did you know: Rodent, rabbits and squirrel have only four front teeth.

Blue Whale doesn’t have any teeth

Blue whale, the largest mammal in the world has no teeth. They only eat tiny little krill’s and finish up eating their prey whole and almost always hunt for small prey as it is easily digestible.

Did you know: Mammals are the only species who get two sets of teeth –baby teeth and adult teeth.

As kids, we’ve studied so much about it being the quickest and agile among the feline domain that we are head over heels in love with that spotty big cat. Yes! It’s the magnificent cheetah that we are discussing and these Informative Facts about Cheetah for Kids are surely going to amaze you

Most animals don’t get a cavity

Most animals aren’t prone to getting cavity not only because of their diet but also because of their chewing habit. Their food does not contain a high sugar level. Also, the champ on rough or hard materials such as tree bark or bone, which help to keep their teeth tidy.

Did you know: Dogs mouth has high pH level which is why they rarely gets cavity.

Dolphin’s age can be determined by their age

Believe it or not, the simplest and fluent way to tell a dolphins age is by looking at its teeth. Unlike humans, a newborn dolphin will keep the full arrangement of teeth as it was born with for its total entire life. Also unlike humans, their teeth grow large by producing growth layers in the roots. These layers are visible and distinct for each year of dolphin’s life. They can have 8 to 250 teeth used to trap their prey.

Giraffes have no upper front teeth

Giraffes most of the teeth are situated at the back of their mouth. They use their upper portion of the mouth and 20 foot long tongues to hunt their kills and grind them up with their back teeth. The top jaw of giraffes has no teeth at first but has a touchpad.

Did you know: Just like humans, giraffes have 32 teeth!

Both alligators and crocodiles have hollow teeth

Crocodiles are unable to chew, they can only tear and swallow. They have a total of 64 teeth, which are continuously being replaced. Each tooth is hollow and they go through over 3,000 teeth in their entire life period. Alligators can roughly have 80 teeth in its mouth which is simply being replaced as soon as the teeth wear down. On average, their teeth can grow 2,000 to 3,000in a lifetime. Also here we have Easy To Remember Crocodile Facts For Kids.

Interesting facts: Mosquitoes have total 47 teeth! They are so small that they can’t be seen without magnification.

Humans aren’t the only species with really interesting teeth. That was some Amazing Facts about Animals Teeth. An animal kingdom is a fascinating place full of wonders! From caterpillars reforming their bodies, to monkey that divine for fish, animals are truly fantastic features. As interesting as animals are their teeth are even more interesting. They are amazing things; all of them are unique and sometimes usual in their own behavior. Most animals take care of their teeth in some way or another, unlike us humans.