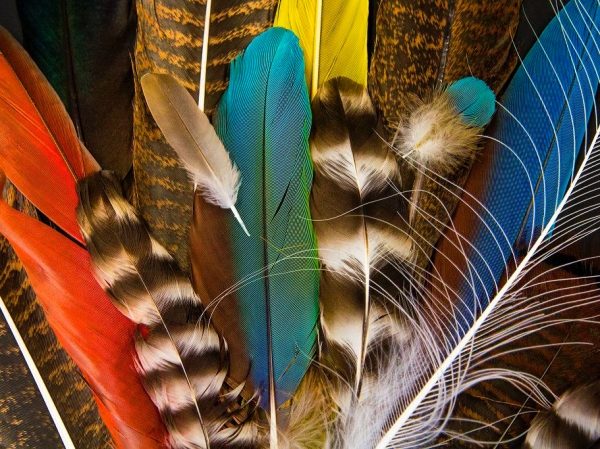 Bird tour is full of hidden fantasies as there are vibrant variations in their shapes, colors, and sizes. Every bird is like a masterpiece by God that can keep you pondering at it for hours. Few of them have long beaks; some have sky-high flights while others own splashy colors. Our take today in on the beautiful birds with longest feathers that evolve with striking tails and quills. Getting a glimpse of renowned birds with fancy lengthy feathers can allure anyone to be awestruck with their appearance.

Every bird has a unique beauty, and noting it down its features is a sign of an apprehensive bird watcher. There are several bird species with elongated feathers than stretch like embellishment to their beauty and grace. Top 10 birds with longest feathers are listed here to know their original habitat and other vital details. 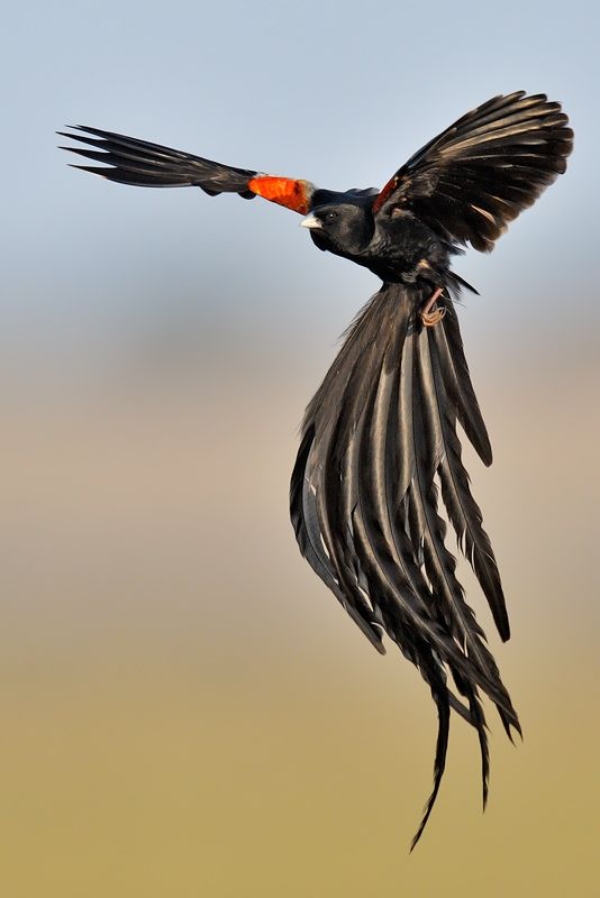 These birds are known to have longest feathers that may extend upto 20 inches. Being an African species, they are most prominent in those areas. Spectacular long feathers look beautiful, and female widowbirds are attracted to their male counterparts due to their elongated tails. Their striking feathers also depict their good health. 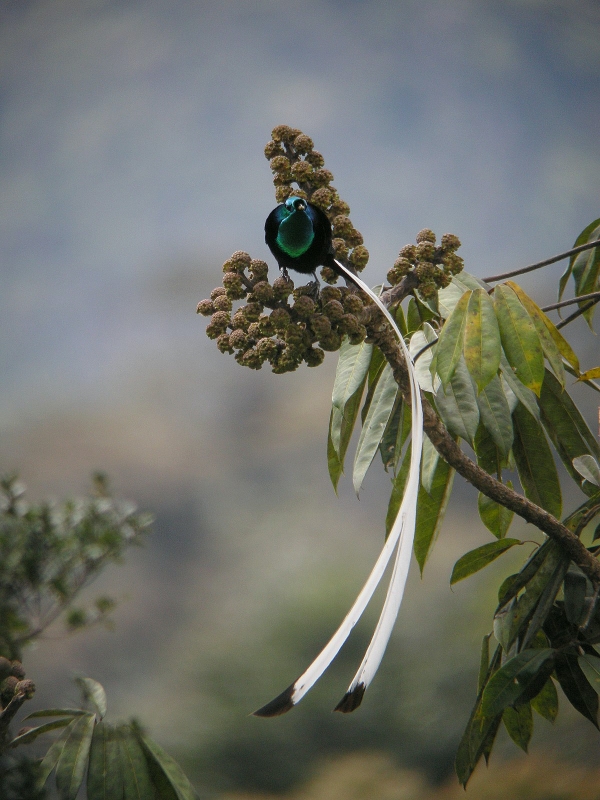 Next in the list of birds with the longest feathers is gorgeous Ribbon-Tailed Astrapia . It has large lengthy feathers that appear like cross ribbons that portray a clear sight to the viewers. People also know it as a bird-of-paradise due to its extraordinary feathers that can grow up to three feet. It is famous across the world for its longest feathers and in decreasing in numbers due to greedy hunters. You can spot them in the western areas of Central Highland at the New Guinea. 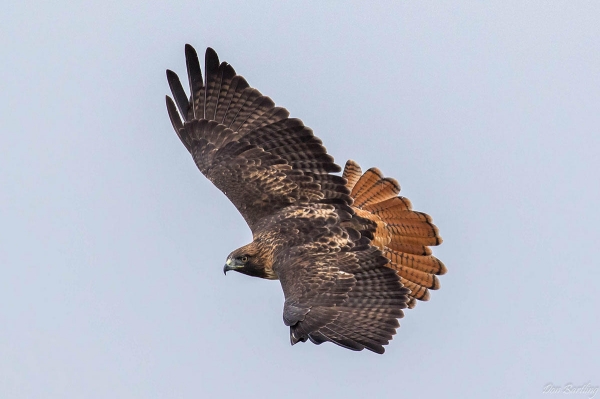 This bird can Fly at great highs in the sky, red-tailed Hawks are a pleasant watch for North Americans. Its long and broad wings mesmerize the viewers while flying like a jet plane. Its body appears in brick color with some color variations. They dwell at high trees due to high flights’ peculiarity, and it gets difficult to catch them for bird lovers. Stunning bands on their skin also look spectacular. 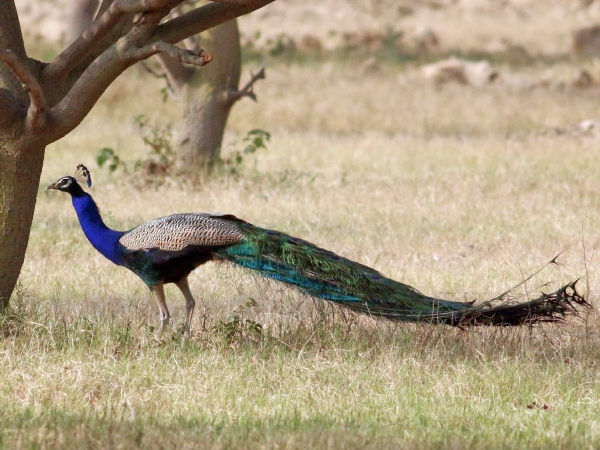 Popularly known bird from Indian origin, ‘Peacock’ derives its actual name from the peafowl family of birds. They are a whole species out of which Indian Peacocks have gained the utmost recognition. The other two known species are the green peafowl and congo. Display of their long colorful feathers while dancing is world-famous. Tourists from across the world visit India to capture the sight of these dancing peacocks. With vivid, picturesque trails comprising of green and blue tones, they appear an epitome of beauty. With sheer magnificence, their feathers make up almost 60% of their entire body length. 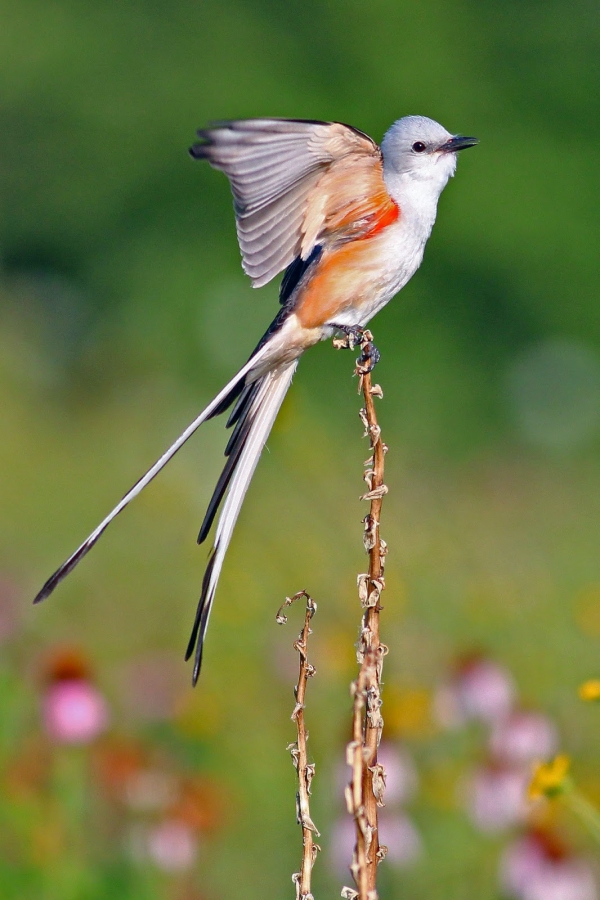 Another amongst the birds with longest feathers is this species with a forked style tail that gives an exciting sight. They are found mostly in the Savannas of Central and North America. As compared to male birds, females appear dull with comparatively shorter tails. They are known for the white underparts, gray head, and pinkish sides. 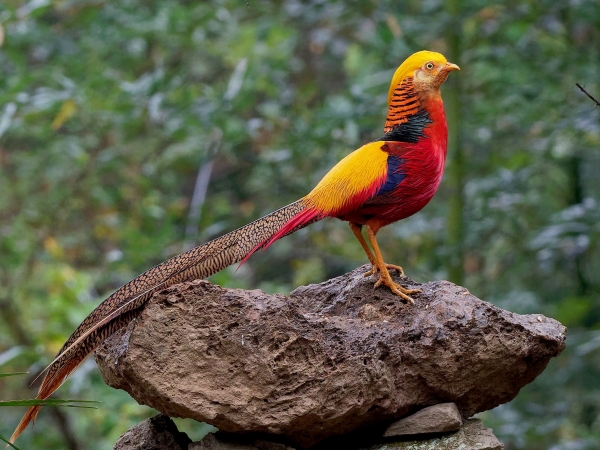 An exclusive bird with bright colors and vivacious combinations is Golden Pheasant. They got the name from golden brown colored long feathers that comprise almost two-third of their entire body length. Bright red underparts and greenback compliments the beautiful golden feathers and gives them a surprising look. Golden Pheasants love to reside in natural areas of forests and the dense regions. 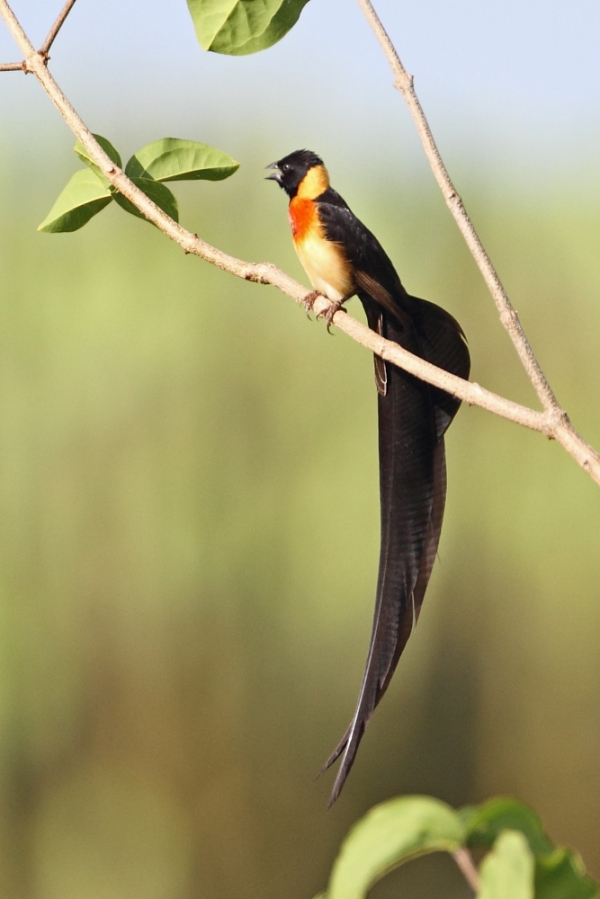 Appears like a sparrow, this species looks fantastic with long length feathers. It belongs to the Melba Finch, which refers to the fact that they lay eggs in the Finch. Feathers of these birds can grow up to average three times the length of their entire body. But they are visible only at the times of the breeding season. Male and female versions of these birds look similar to a great extent. 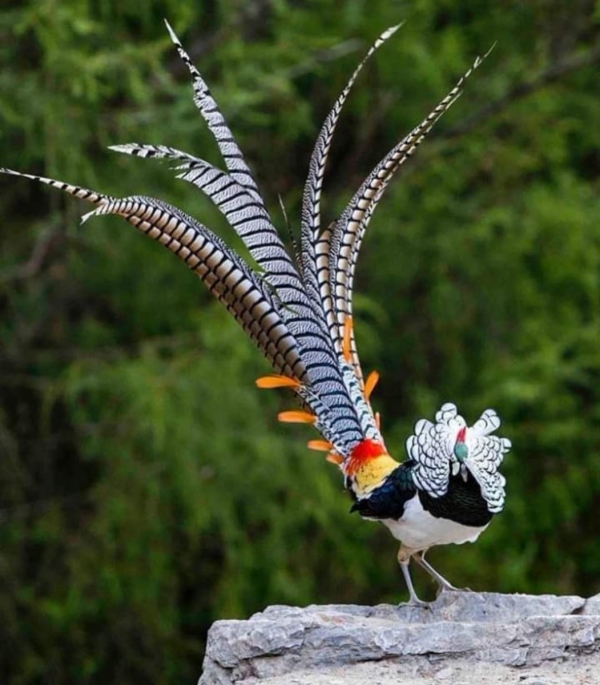 Lady Amherst Pheasant in the next in birds with longest feathers. They appear mostly in areas of Southern China and Myanmar but kept at mostly all Zoos around the world. They prefer staying in dense areas where lots of greenery is evitable. Their blue, green, red, and white color is eye-catchy, and their females portray striking images. 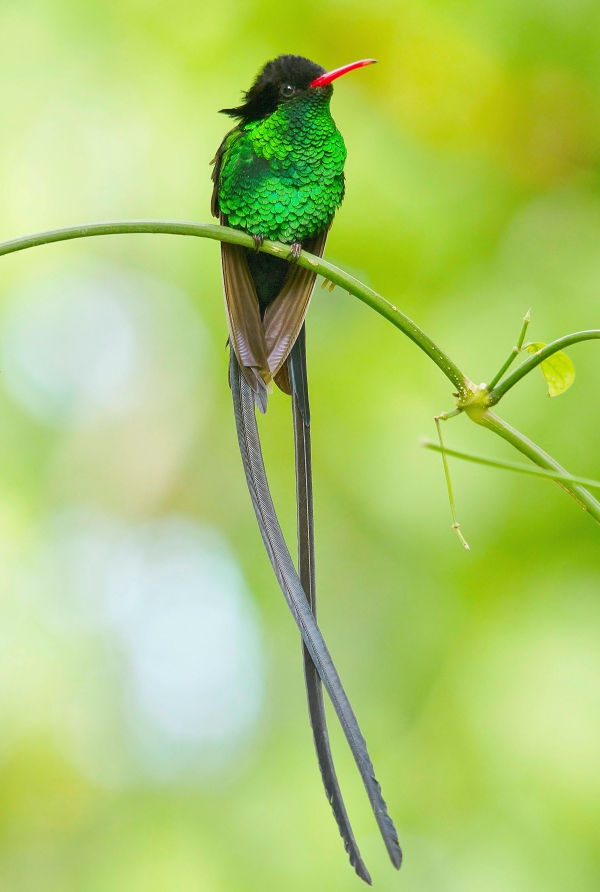 A fantastic list of birds with longest feathers continues with Red-billed streamertrail. They are beautiful and have feathers that are around 7 inches long compared to their 4.5-inch bodies. Also popularly renowned as the National bird of Jamaica, these birds create a humming sound that distinguishes it from other species. 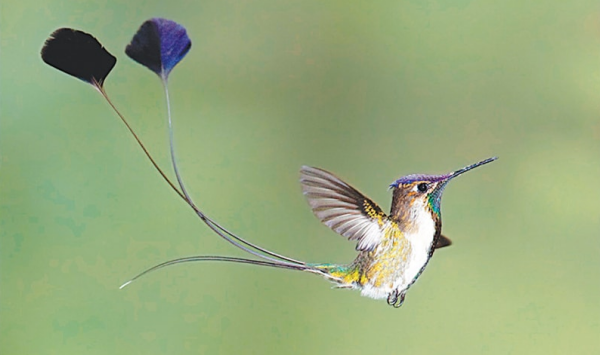 this type of hummingbird have Highly attractive feathers of this bird can be a jaw-dropping sight for watchers. Its fabulous heavenly huge feathers grab attention with minimalistic designs yet fancy touch. Their males have four feathers in all out of which two are elongated while the other two are quite short.

There are so many beautiful birds with the longest feathers worldwide with different shapes, sizes and tails. If you are a bird enthusiast, this writes up on birds with the longest feathers that would thrill you and compel you to get some more names. With several alternatives across the world that have such lean and length feathers, they are the top ones. You could research a bit more and get a notch on some more names relevant to this. If you desire to study some more about fantastic birds, several online options might help you out.