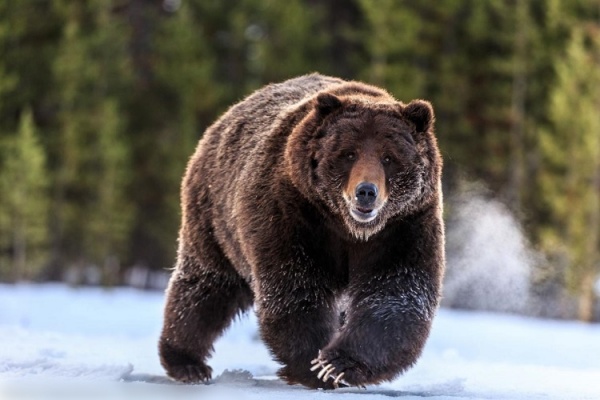 Have you ever spotted the cute-looking and loveable grizzly bear? Such a type of bear is a majestic creature that stays in Canada’s western parts and the Northwestern regions of the United States. These mammals are massive and rule the kingdom of the animal world. Many fun facts about Grizzly bear are still unknown to you, gazing at which you can adore them a lot. They are omnivores animals whose scientific name is Ursus arctos horribilis.

koalas are among one of Australia’s most famous animals and they can even make the coldest hearts melt in a moment. Here we’ve rounded up a few interesting facts about koala bears that you must know.

A grizzly bear is a threatened world species, while most of them (50,000) roam in North American regions. After a lot of conservation drives, merely 1800 bears are existent in over 48 states. Below are a few facts that would enlighten you about the importance of grizzly bears. 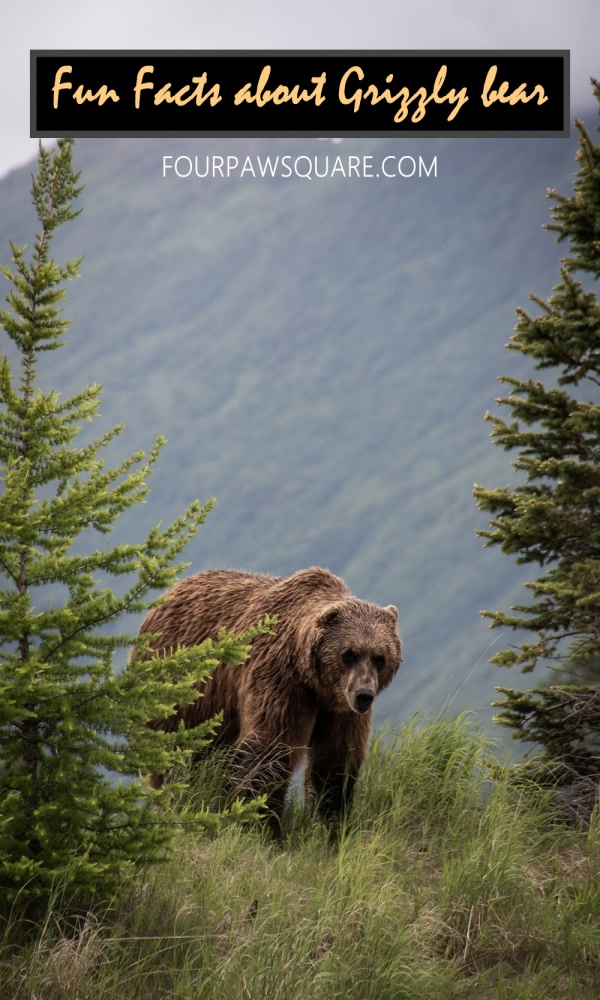 The top fun facts about Grizzly bear are as follows: 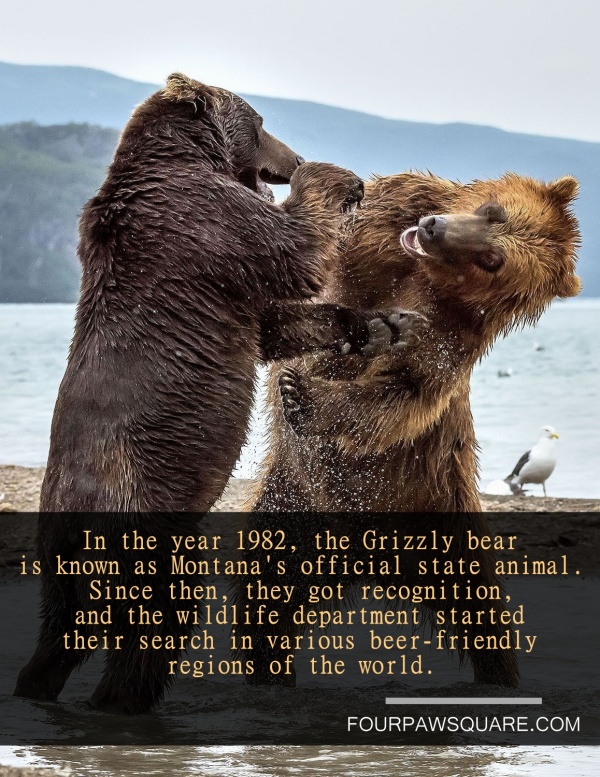 1. In the year 1982, the Grizzly bear is known as Montana’s official state animal. Since then, they got recognition, and the wildlife department started their search in various beer-friendly regions of the world. 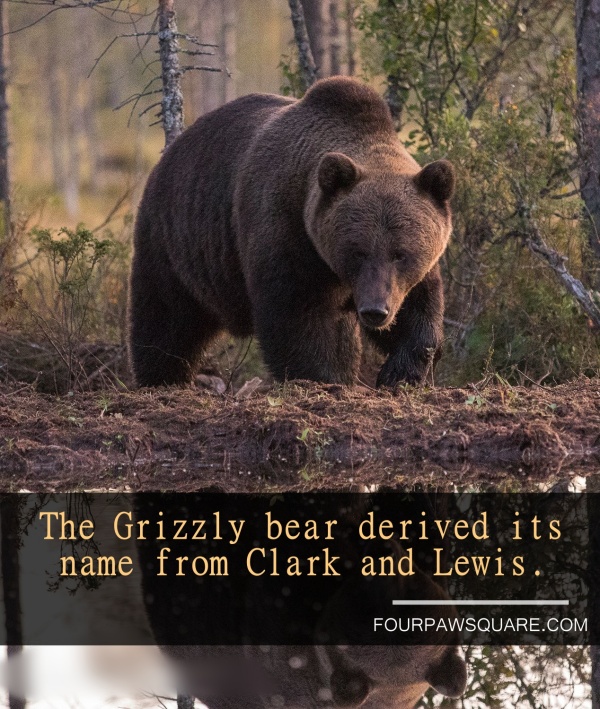 2. The Grizzly bear derived its name from Clark and Lewis. 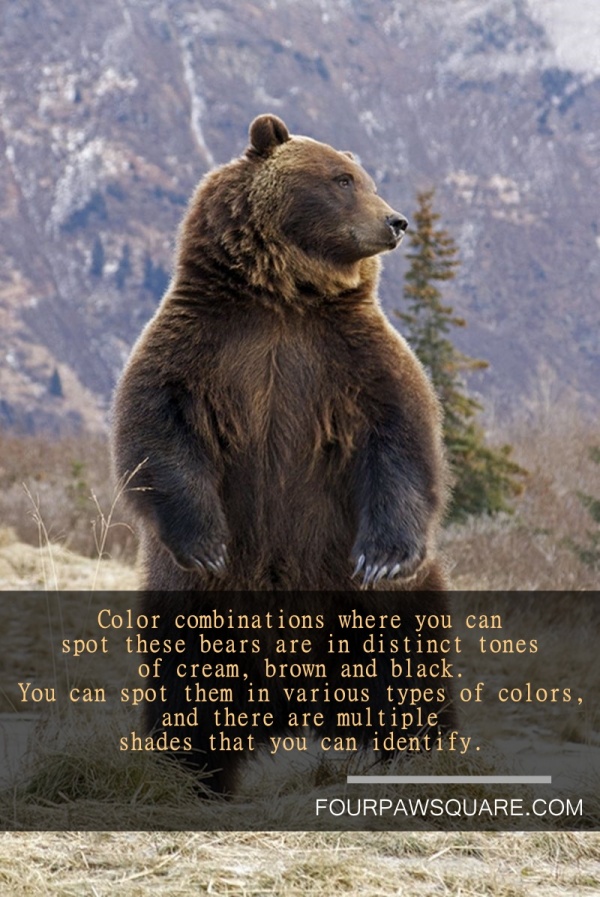 3. Color combinations where you can spot these bears are in distinct tones of cream, brown and black. You can spot them in various types of colors, and there are multiple shades that you can identify. 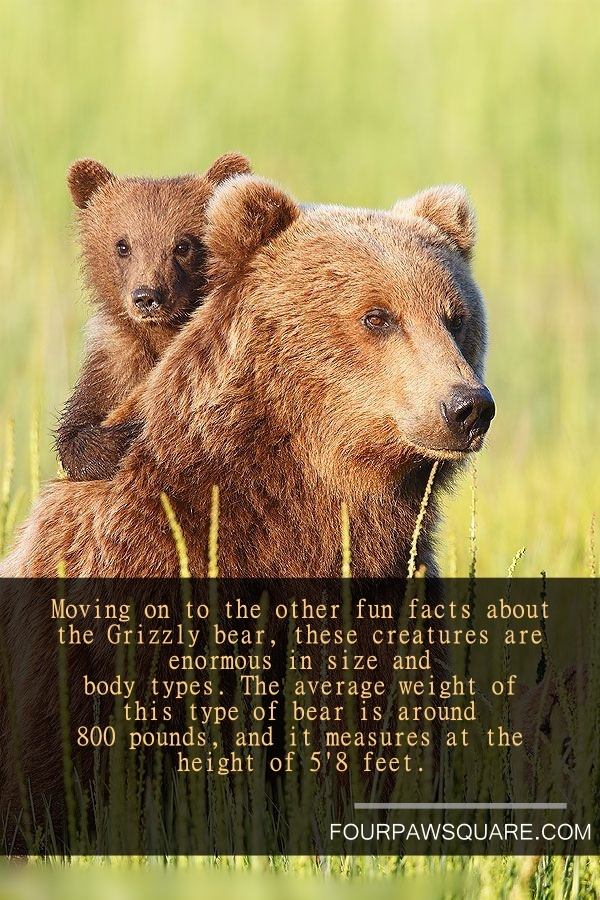 4. Moving on to the other fun facts about the Grizzly bear, these creatures are enormous in size and body types. The average weight of this type of bear is around 800 pounds, and it measures at the height of 5’8 feet. 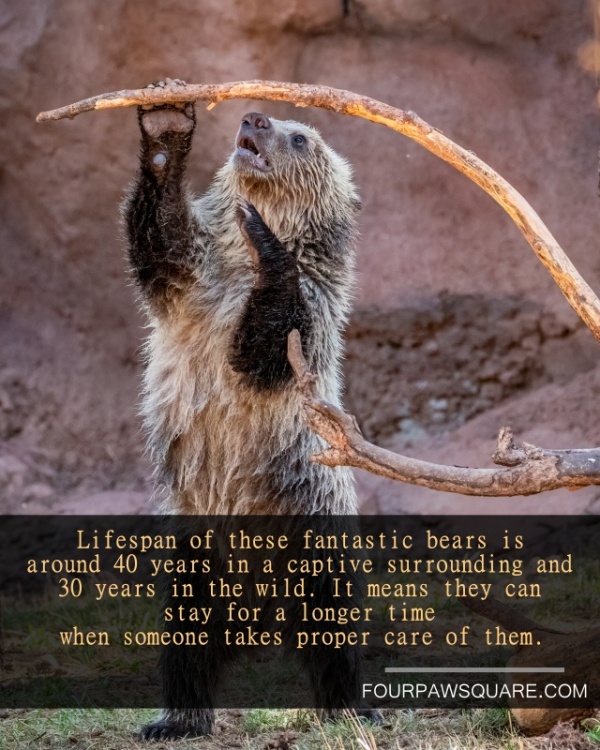 5. Lifespan of these fantastic bears is around 40 years in a captive surrounding and 30 years in the wild. It means they can stay for a longer time when someone takes proper care of them. 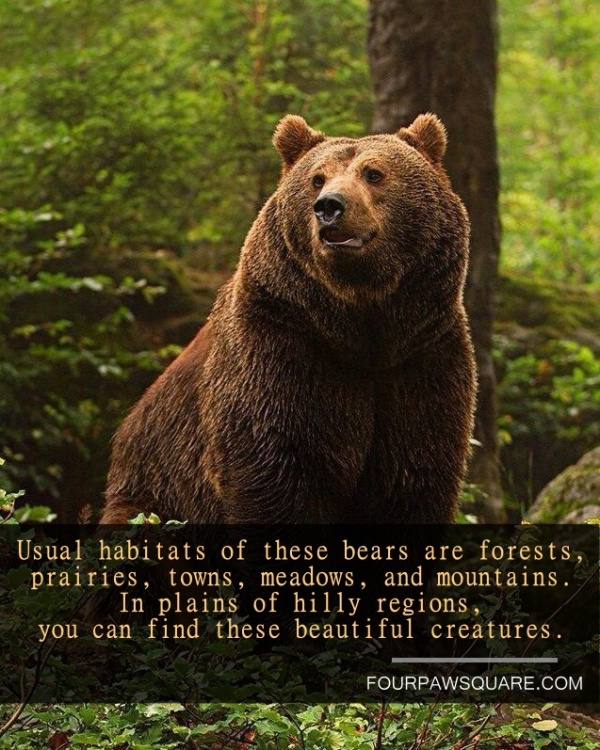 6. Usual habitats of these bears are forests, prairies, towns, meadows, and mountains. In plains of hilly regions, you can find these beautiful creatures. 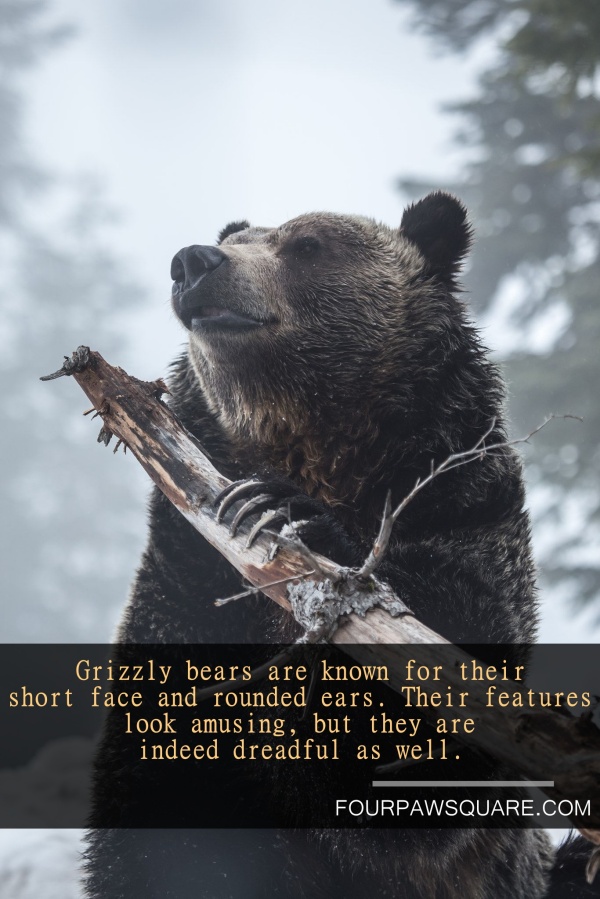 7. Grizzly bears are known for their short face and rounded ears. Their features look amusing, but they are indeed dreadful as well. 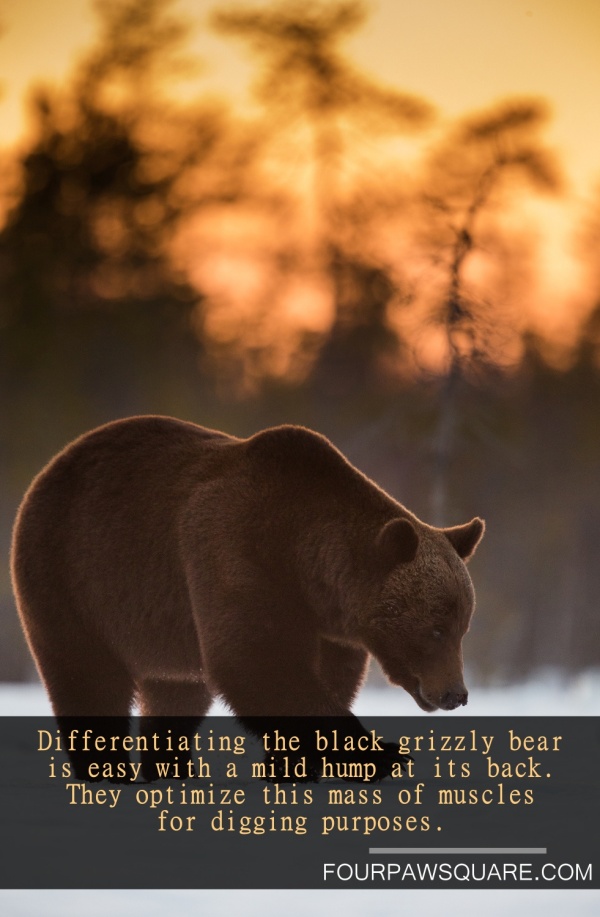 8. Differentiating the black grizzly bear is easy with a mild hump at its back. They optimize this mass of muscles for digging purposes. 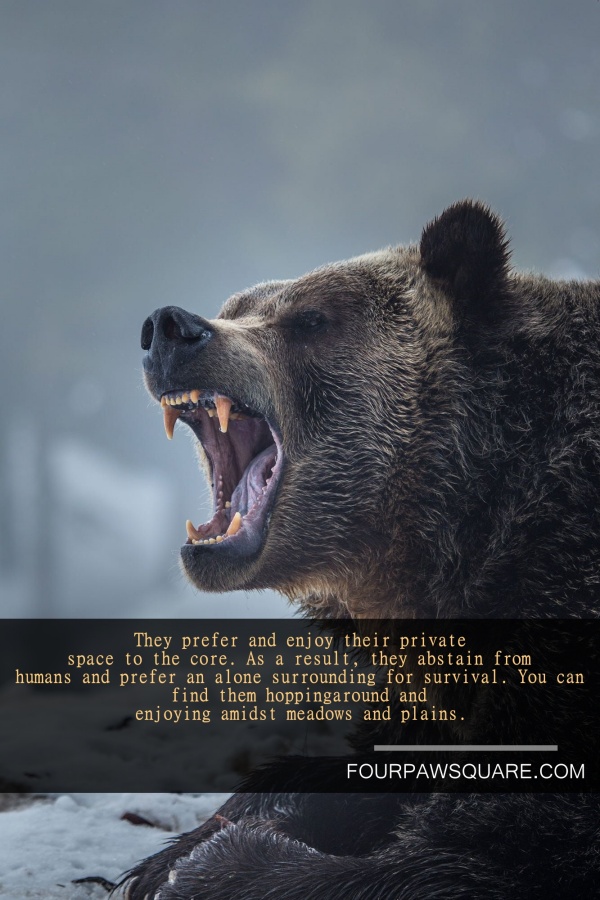 9. They prefer and enjoy their private space to the core. As a result, they abstain from humans and prefer an alone surrounding for survival. You can find them hopping around and enjoying amidst meadows and plains. 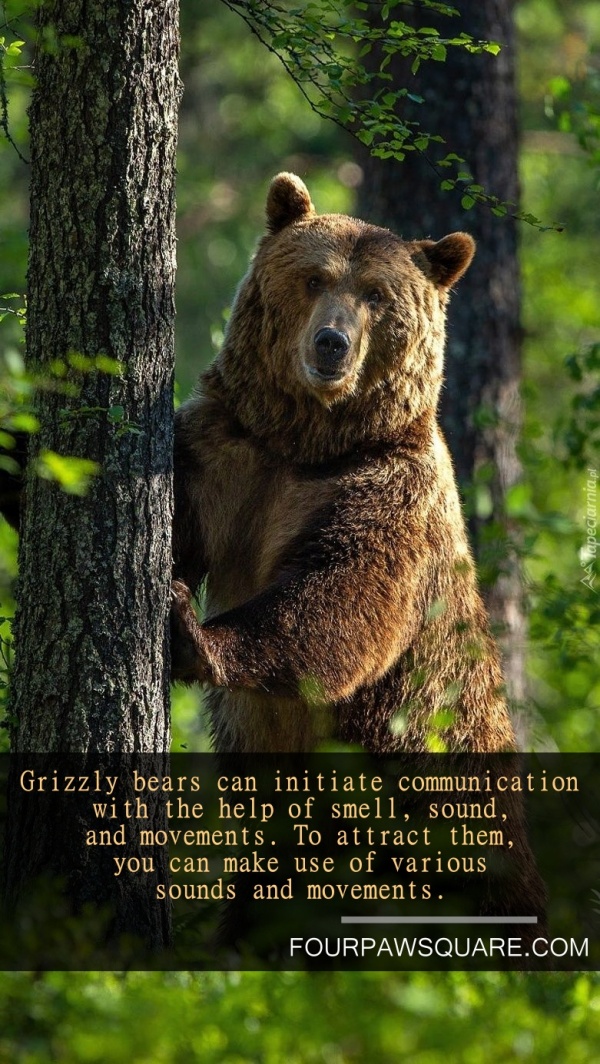 10. Grizzly bears can initiate communication with the help of smell, sound, and movements. To attract them, you can make use of various sounds and movements. 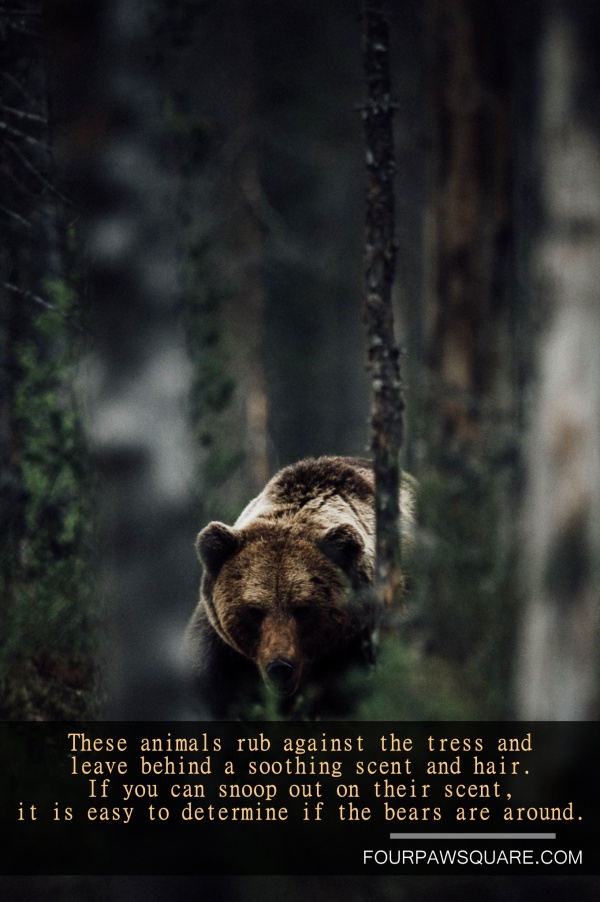 11. These animals rub against the tress and leave behind a soothing scent and hair. If you can snoop out on their scent, it is easy to determine if the bears are around. 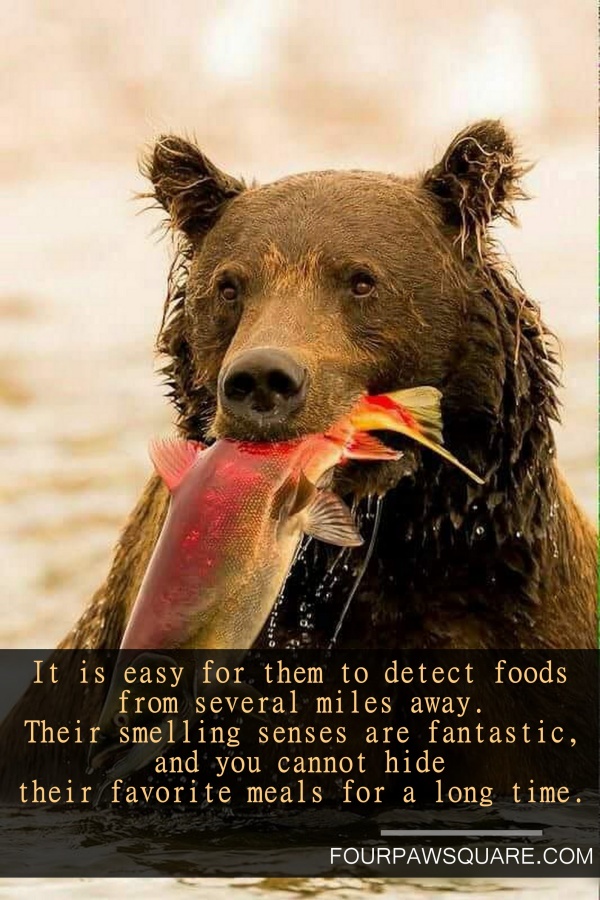 12. It is easy for them to detect foods from several miles away. Their smelling senses are fantastic, and you cannot hide their favorite meals for a long time. 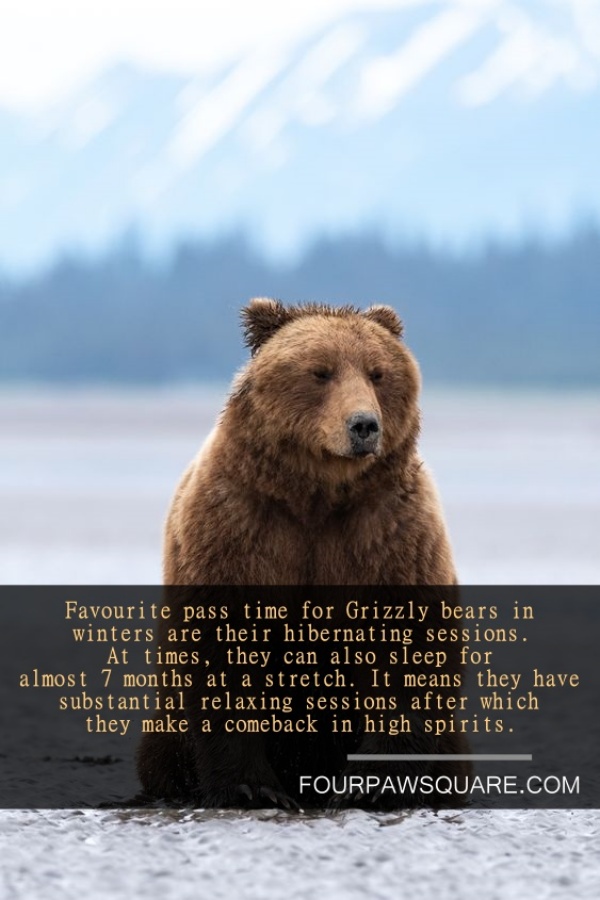 13. Favourite pass time for Grizzly bears in winters are their hibernating sessions. At times, they can also sleep for almost 7 months at a stretch. It means they have substantial relaxing sessions after which they make a comeback in high spirits. 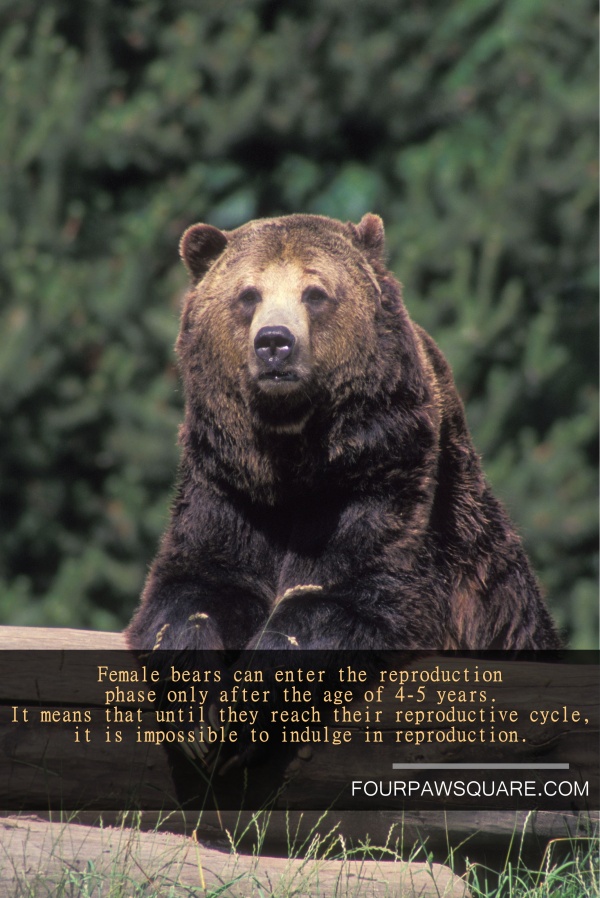 14. Female bears can enter the reproduction phase only after the age of 4-5 years. It means that until they reach their reproductive cycle, it is impossible to indulge in reproduction. 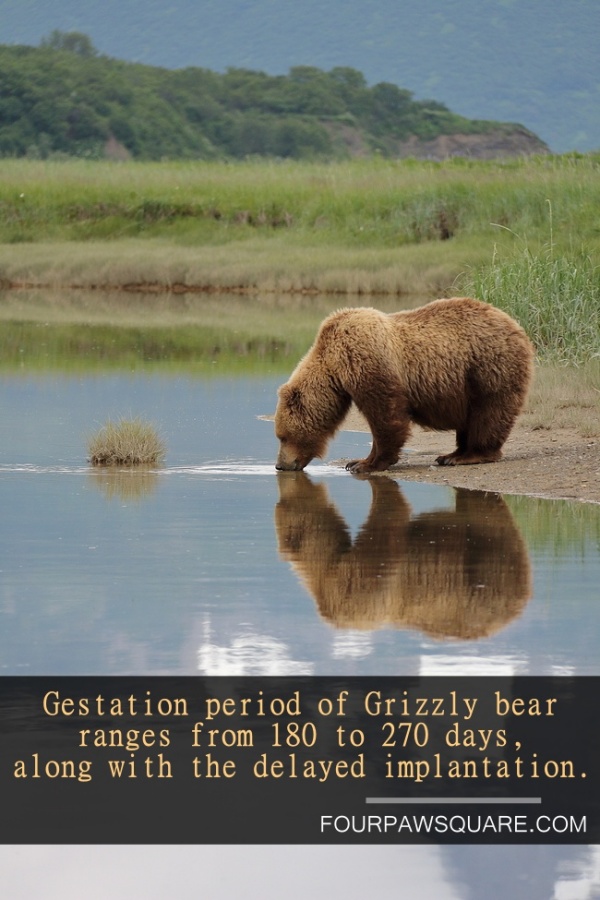 15. Gestation period of Grizzly bear ranges from 180 to 270 days, along with delayed implantation.

Apart from these fun facts about the Grizzly bear, there are several other exciting things you need to know about them. They are as below:

· When the Grizzly bear hibernates, the heart rate slows down from 40 beats to 8 beats every minute. At the time of hibernation, these bears do not even go for a bathroom.

· In the January and February months, female Grizzly bear can also give birth to little cubs. Although these cubs are harmless, it is still ideal for keeping a safe distance as their parents might be around who would accept the intervention.

· Such cubs are toothless, blind, and hairless. As a result, their parents protect them until they effectively develop all the senses.

· Little cubs of these bears can stay along with their mother for almost 2-3 years.

· Very few people know that most bear cubs do not even survive for more than a year.

· A regular diet of these bears comprises 90 pounds of food every day.

· As they are omnivores in nature, they can feed on various foods such as roots, nuts, salmon, leaves, sheep, and even rodents.

· The claw size of these bears can match with that of a human finger.

when you think of a crocodile, the thought of a scary and mean animal usually comes to your mind, isn’t it? This is because crocodiles are known for their aggressive behavior and strong jaws. Here we present some amazing saltwater crocodile facts for kids.

Now you know the most unique and fun facts about Grizzly bear. Getting the hang of such unknown facts can aid you to know better the know-how of these secretive creatures. Besides, whenever you, fortunately, counter a Grizzly bear, there are a few things to take note of. They are lonely animals who love staying aloof and avoid humans, mostly. If you are around their area, keep a safe distance as they might get aggressive and can prove dreadful. When you are out on an adventure to search for these bears, prefer group traveling, and maintain proper food storage with yourself.